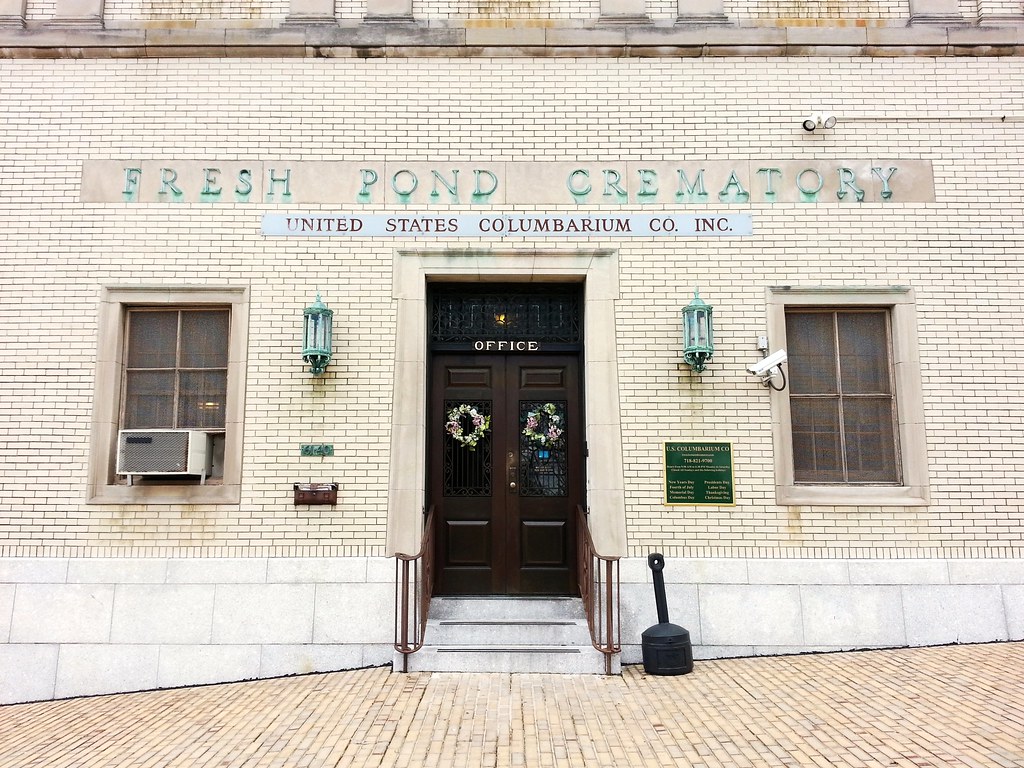 It's the Fresh Pond Crematory (wider shot here), which was the first such facility in the state when it opened in 1885. At that time, cremations were almost unheard of in the US: there were only 45 bodies cremated in the entire country that year. (Here's a brief history of cremation, for those interested.)

On display inside is a promotional book from the 1930s extolling the virtues of cremation. There is a page entitled "What Some Well Known People Think of Cremation" featuring pro-cremation quotations from various public and religious figures, including Andrew Carnegie, E. Burton Holmes, Ella Wheeler Wilcox, and William Fletcher McNutt, who said:

Most of the objections urged against cremation are the offspring of sentiment, superstition and usage. It is called unchristian, revolting to our senses, etc. To those who call incineration revolting, could they once witness the exhumation of a body that has been buried a year or two, they would never be buried themselves, nor advise their friends to be buried. In modern cremation there is nothing repulsive. It is a last baptism by incandescent heat; a purification by fire whereby the corrupt takes on incorruption, as the mortal takes on immortality.

Day 566: Sarah and Sopan round the corner