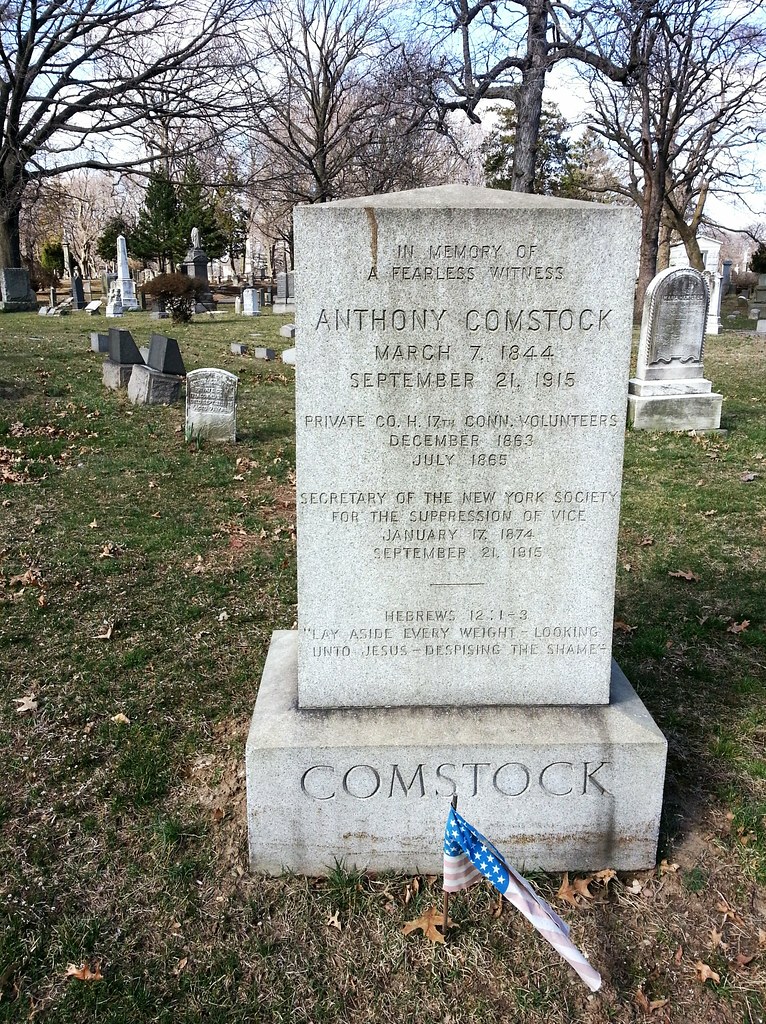 As head of the New York Society for the Suppression of Vice, the crusading, book-burning Mr. Comstock deemed himself the country's foremost guardian of public morality for more than four decades during the late 19th and early 20th centuries. He advocated — and, as a postal inspector with power of arrest, often enforced — the banishment from society of anything his puritanical mind considered indecent (ranging from classic works of literature to information about birth control and birth control devices), with much of his authority springing from a sweeping piece of anti-obscenity, anti-contraception, anti-abortion legislation known as the Comstock Act (full text here, starting at the bottom of the page) that he successfully lobbied Congress to pass in 1873.

In a 1915 letter to the NY Times, the screenwriter and author Daniel Carson Goodman, himself a victim of Comstockery (which George Bernard Shaw described as "the world's standing joke at the expense of the United States . . . confirm[ing] the deep-seated conviction of the Old World that America is a provincial place, a second-rate country-town civilization after all"), eloquently wrote:

If an author feels himself justified in spending a year or two in trying to present life truthfully, it surely is not within the province of one man to suppress his power of expression and his work, to convert the author into a tea-side platitudinizer, and to terrorize the publishers so that through self-defense they must make war upon every manifestation of honest artistic striving. For forty years Mr. Comstock has had practically the power of limiting the reading matter of the American public to his own standard of literary appreciation. That is a long time to have the power of annoying honest publishers and authors, especially when they have no redress under the present law. Aiming ostensibly at what was to him moral degradation and the cause of sensorial metabolism, he has been permitted to crush under his falsely emblazoned shield what was to other people truth and beauty.