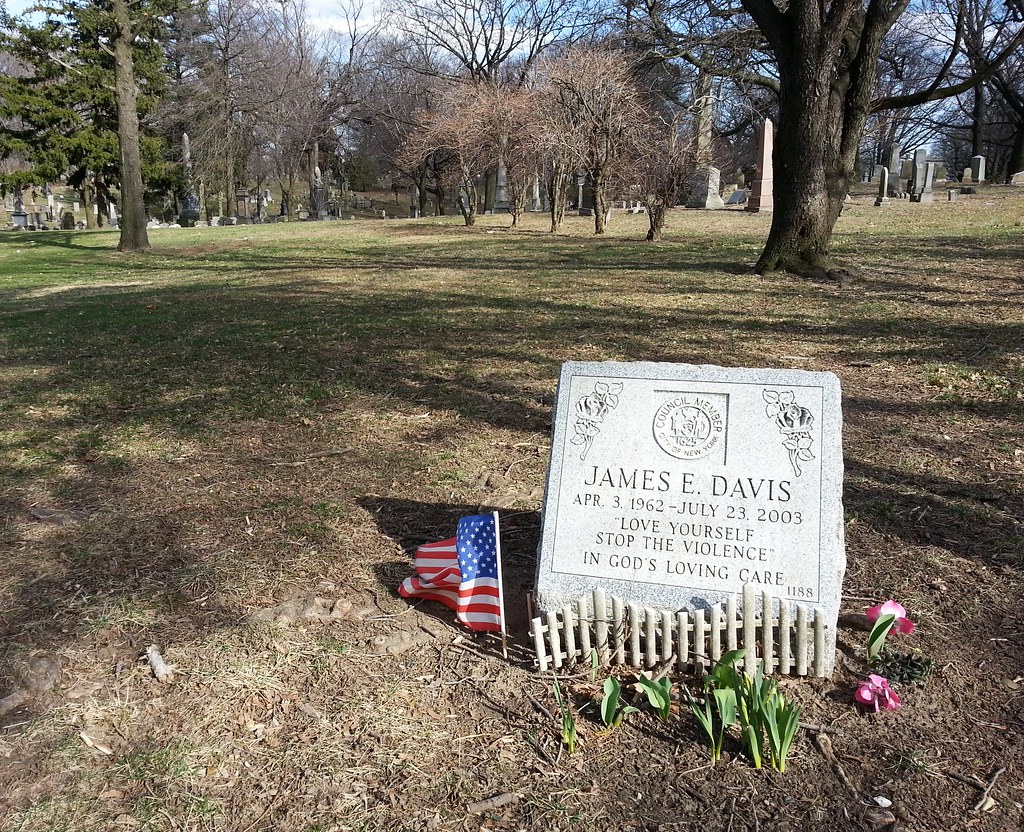 In 2003, this city councilman was shot to death by a political rival/protégé (who was subsequently shot and killed by a police officer) in the Council chamber at City Hall, just minutes before the start of a session in which Mr. Davis planned to introduce a resolution focused on preventing workplace violence. He was originally buried in Green-Wood Cemetery, but his remains were moved here to the Evergreens after his family discovered that his killer's ashes had been placed in Green-Wood as well.