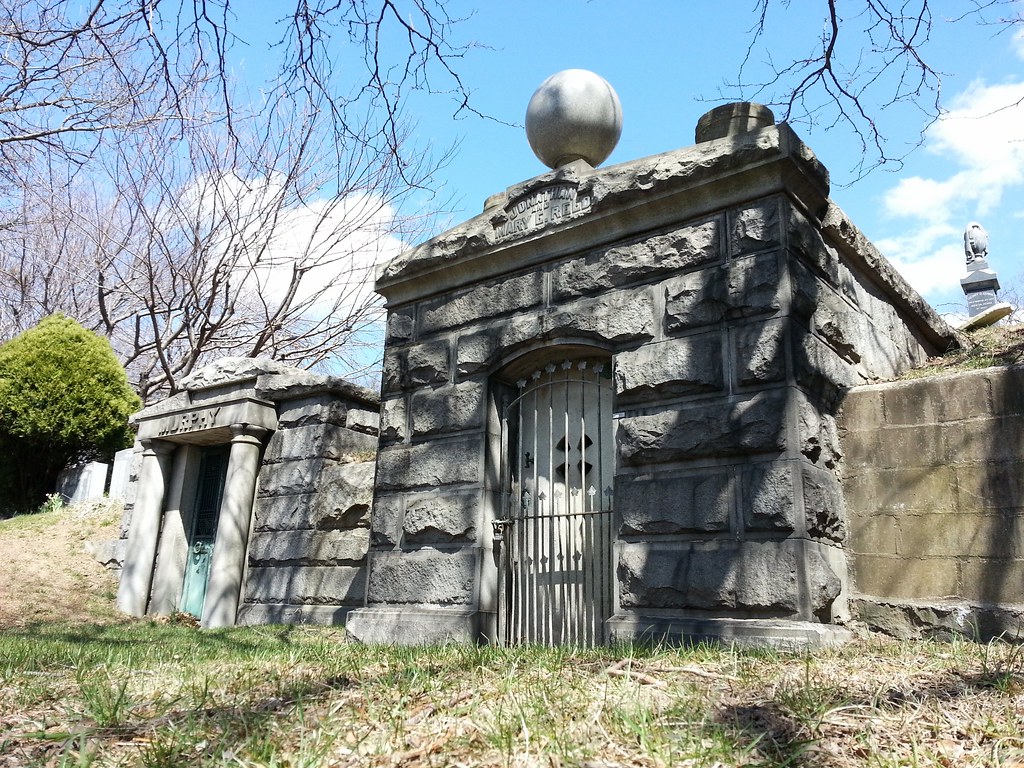 Every day for a decade or so, Jonathan Reed visited the tomb of his late wife Mary here at the Evergreens Cemetery. The hours he spent with her were limited only by the opening and closing times of the cemetery. He furnished the mausoleum like a living room, hung paintings on the walls, and installed an oil stove for warmth. He ate all his meals here, was often visited by friends, and even held conversations with Mary, who he believed was still alive.

Mr. Reed was found unconscious and near death at his wife's side one day in 1905. According to the NY Times's report: "The story of Mr. Reed's devotion to the memory of his wife has long been one of the topics of the section of the city in which he has lived so long. He always appeared to be very happy."