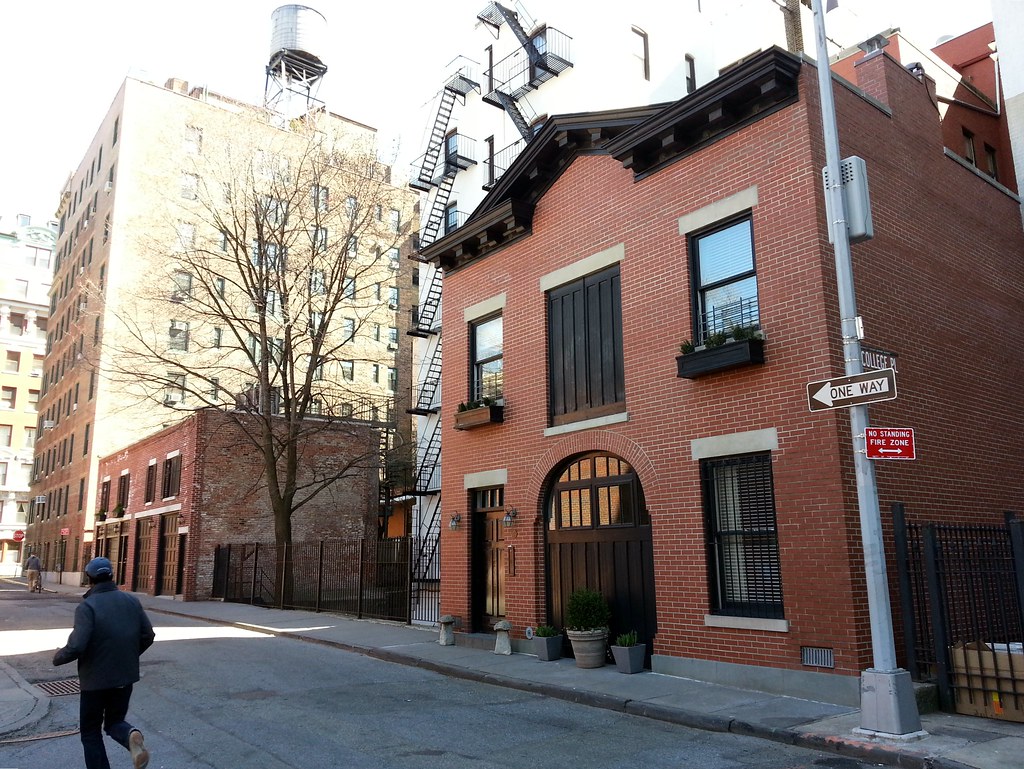 Love Lane takes its name because it was a popular necking area where men would park their carriages in the 1880s before dropping their girlfriends off at the all-girls college around the corner (the Brooklyn Collegiate Institute for Young Ladies was built in 1822 and later became a hotel).

I particularly like the time-travel aspect of this theory: the Brooklyn Collegiate Institute for Young Ladies had been out of existence for decades by the 1880s.

In their book Brooklyn by Name, Leonard Benardo and Jennifer Weiss, whose inaccurate reporting (as channeled through the writing of a Daily News columnist) touched off the Corbin Place controversy, make this assertion:

Two older, unmarried members of the DeBevoise family, John and Robert, adopted young Sarah, the daughter of their housekeeper. She later charmed a wealth of gentlemen callers. According to local folklore, Love Lane comes from the so-called love-lines — initials of Sarah DeBevoise and her suitors — scrawled across the fence near their home.

But the best line of all can be found in Gerard Wolfe's New York: A Guide to the Metropolis: "Love Lane was, as its name implies, a favorite path in Colonial times for young swains to promenade with their maidens fair."