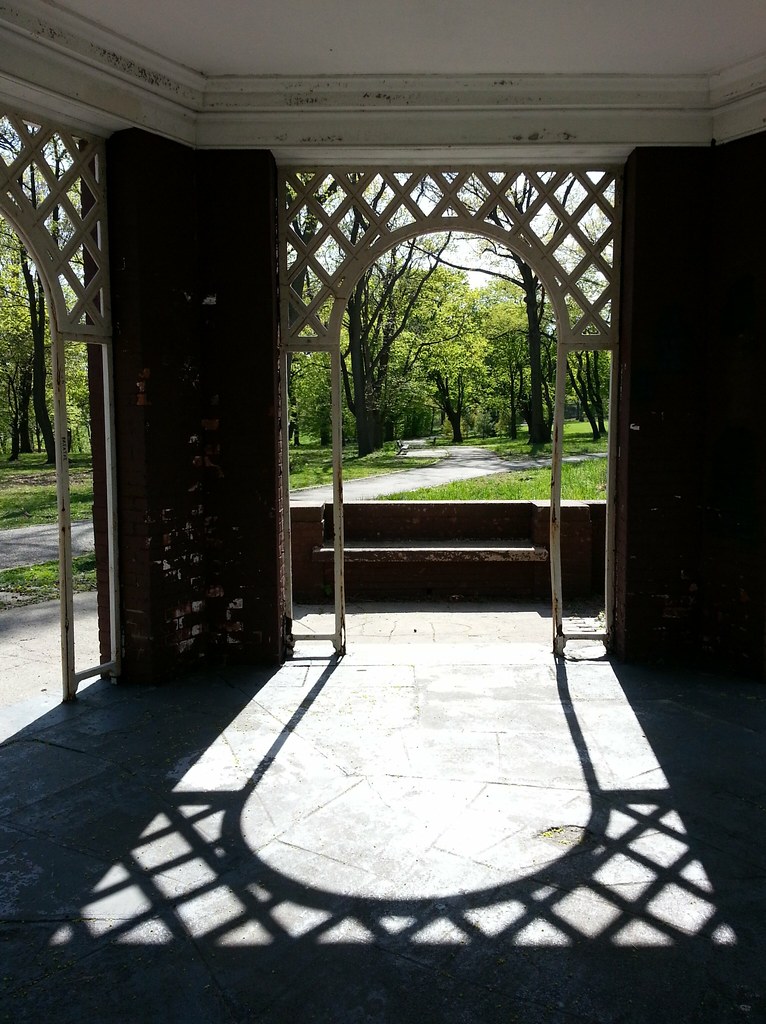 This gazebo stands atop Crocheron Park, the former site of the Crocheron House, a favorite hangout of Boss Tweed and once "one of the most famous hotels on Long Island".

Seamlessly connected to Crocheron Park is John Golden Park. Mr. Golden was a prominent Broadway producer, and, according to the Parks Department: