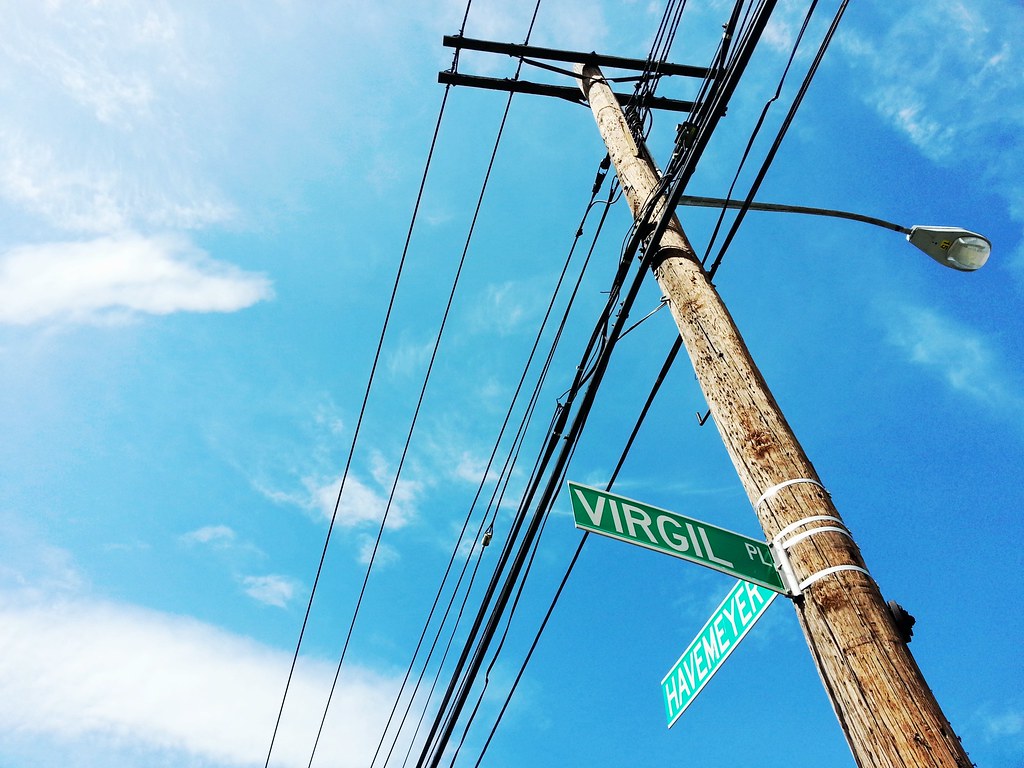 Virgil is hardly the only representative of Greco-Roman antiquity out here on the streets of Castle Hill. His companions include Homer (Avenue), Cincinnatus (Avenue), Caesar (Place), and Cicero (Avenue). According to John McNamara's History in Asphalt, these roadways were given their classical appellations by an early 20th-century realtor named Solon L. Frank.