O Brothers, Where Art Thou? 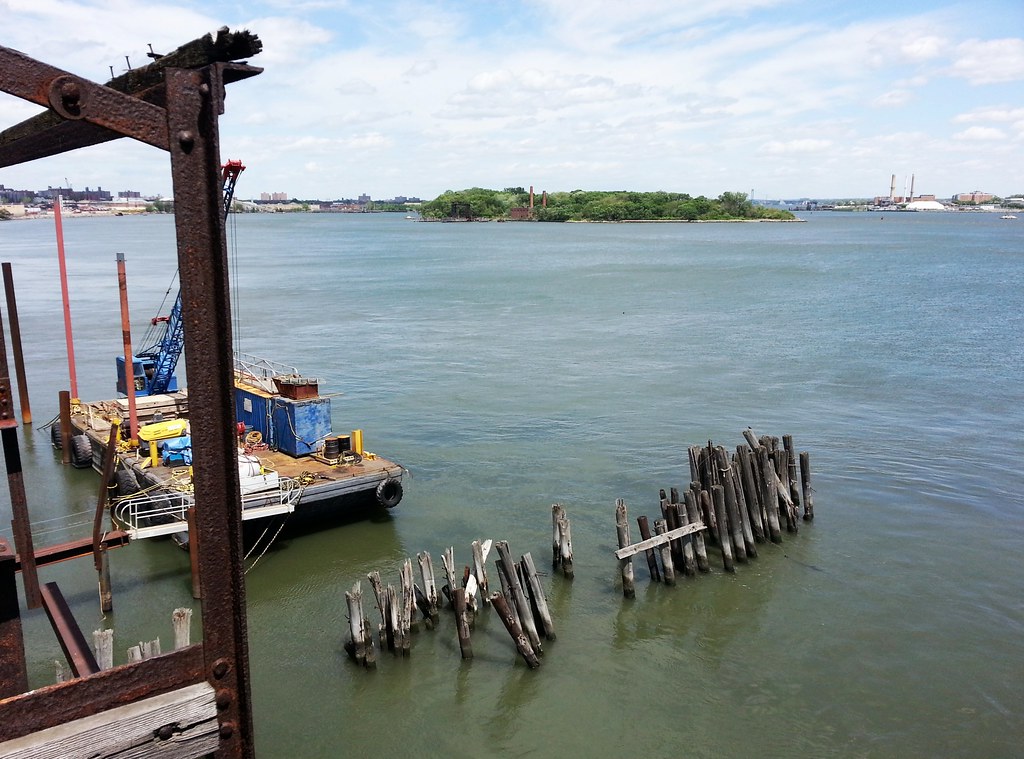 Looking out into the East River from the old 134th Street ferry terminal in Port Morris, we can see the trees and smokestacks of North Brother Island. (The smaller South Brother Island is located just out of frame to the right.) Now a bird sanctuary, North Brother was formerly home to a quarantine hospital (where Typhoid Mary spent her last two decades), college dorms for veterans, and a drug rehab center, and was also where the burning General Slocum ran aground and sank in New York's worst pre-9/11 disaster. The island has been uninhabited (by humans) for the past 50 years; here are some photos of its many ruins.