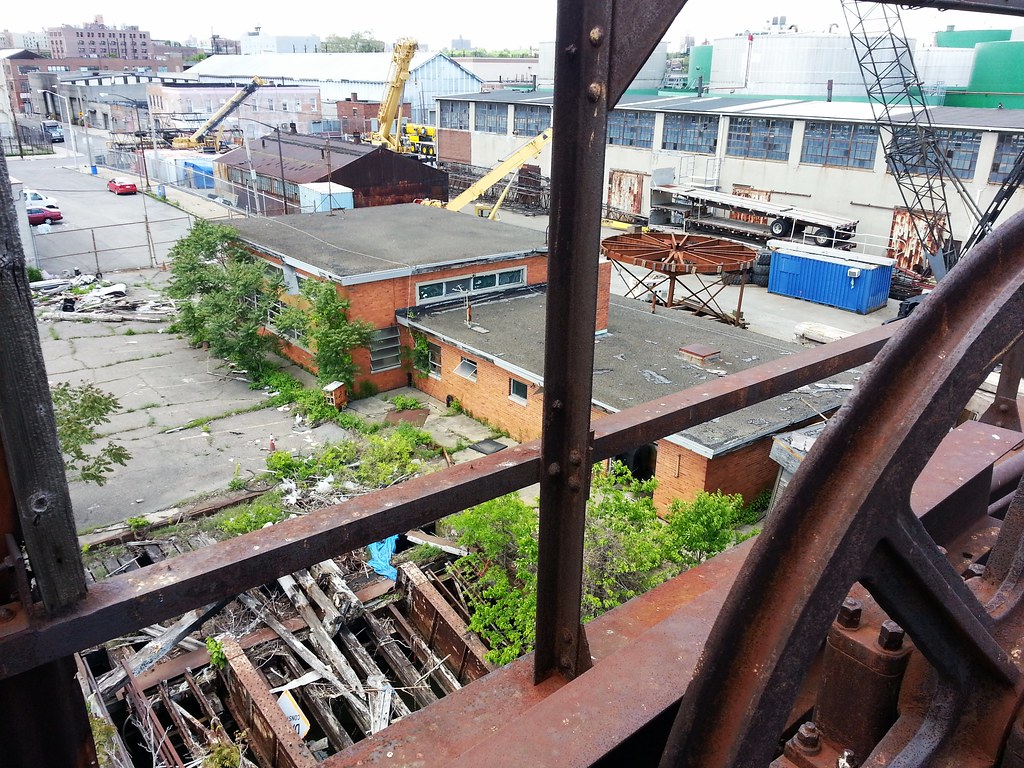 For years, one of Richard Serra's massive curved steel sculptures (possibly Bellamy) was being stored, in its constituent parts, in the crane yard to the north of the old 134th Street ferry terminal, just behind the taller of the two squat brick buildings. On one of its more exciting days back in 2006, a group of artists snuck inside the piece and stuck a bunch of magnets to its walls. Mr. Serra's creation has now seemingly been relocated — perhaps finally delivered to its owner — but, as you can see, an intriguing new huge rusty metal thing (the wheel-like contraption standing behind the shorter brick building) has emerged to take its place.