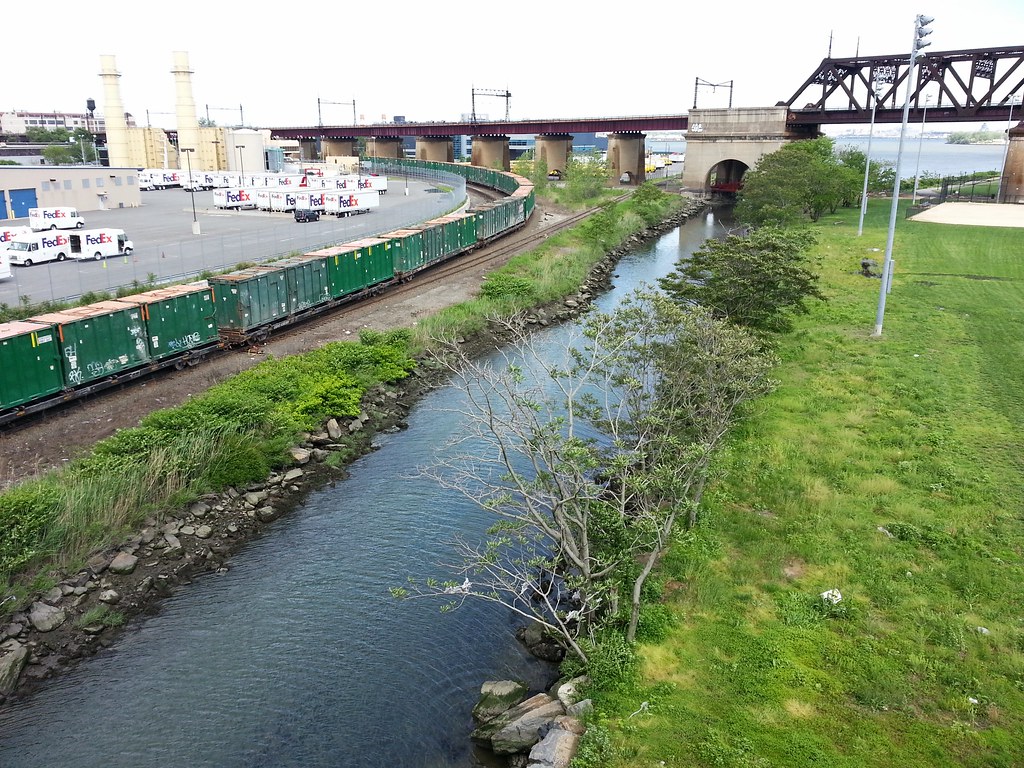 This little strait was once much wider, but was narrowed considerably by the addition of landfill to Randall's Island (at right). A trace of its former size exists in the rail bridge (at far right; fully visible here) that once spanned the waterway, but now stands amid baseball fields. (If you look closely, you can make out the small red bridge from the previous photo hidden beneath the railroad viaduct where it crosses the kill.)

At left is a long line of the green and orange garbage cars that will eventually make their way by rail up to the Oak Point Yard and then on toward the landfills of Virginia, via the inconvenient Selkirk Hurdle. (As far as I understand it, Virginia is the final destination of Bronx garbage trains, but landfills in Pennsylvania, Ohio, and South Carolina, as well as an incinerator in Newark, also take in large amounts of waste from other parts of the city.)