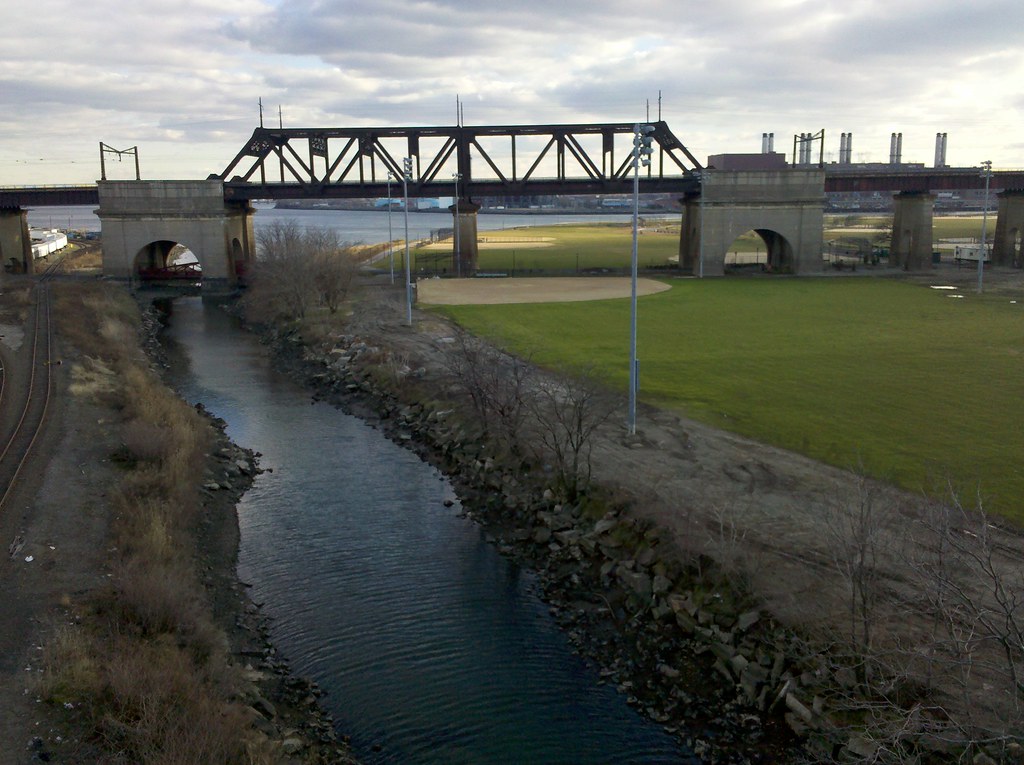 I'm taking this photo from the Bronx span of the Triborough Bridge (officially renamed after RFK a couple of years ago, but still colloquially known as the Triborough), which is actually three different bridges connecting the Bronx, Manhattan, and Queens. You can see the Bronx on the left, separated from Randall's Island (which is part of the borough of Manhattan) by the Bronx Kill. Queens is visible in the background, separated from Randall's Island by Hell Gate (which is the name of that waterway). The bridge we're looking at is part of the Hell Gate complex of railroad bridges and viaducts. You may be wondering why this bridge seems to be largely spanning a ballfield. When it was built, the Bronx Kill was considerably wider, but has since been narrowed by the addition of landfill to Randall's Island. In fact, the name "Randall's Island" is actually something of a misnomer, as it is connected by landfill to Wards Island, which used to be a separate island lying to the south.