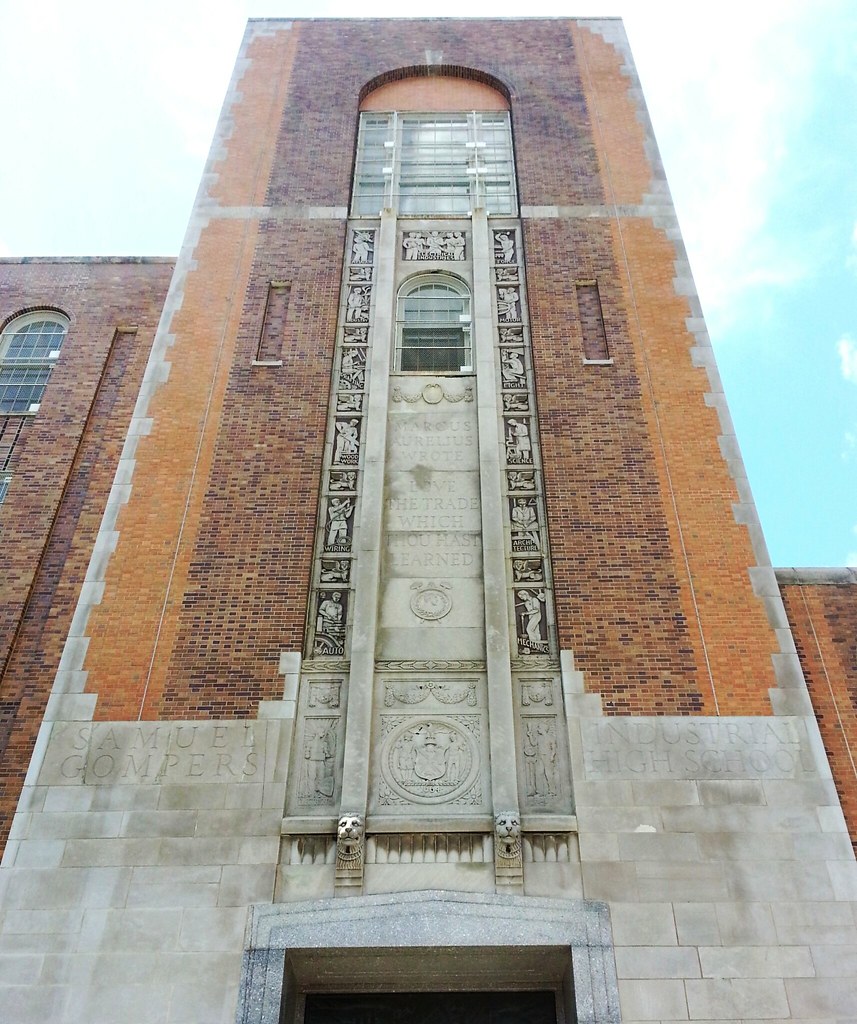 "Meant to look like a factory" and "purpose-built as an 'industrial' public high school, [Gompers] was the first such institution to focus its training on a single industry-the electrical, rather than on multiple trades, preparing students for the integrated labor of mass production. Its building appropriately represents a 'general electric' plant." Gompers had been struggling for a while when the city decided to close it last year and replace it with a couple of smaller schools operating in the same building.