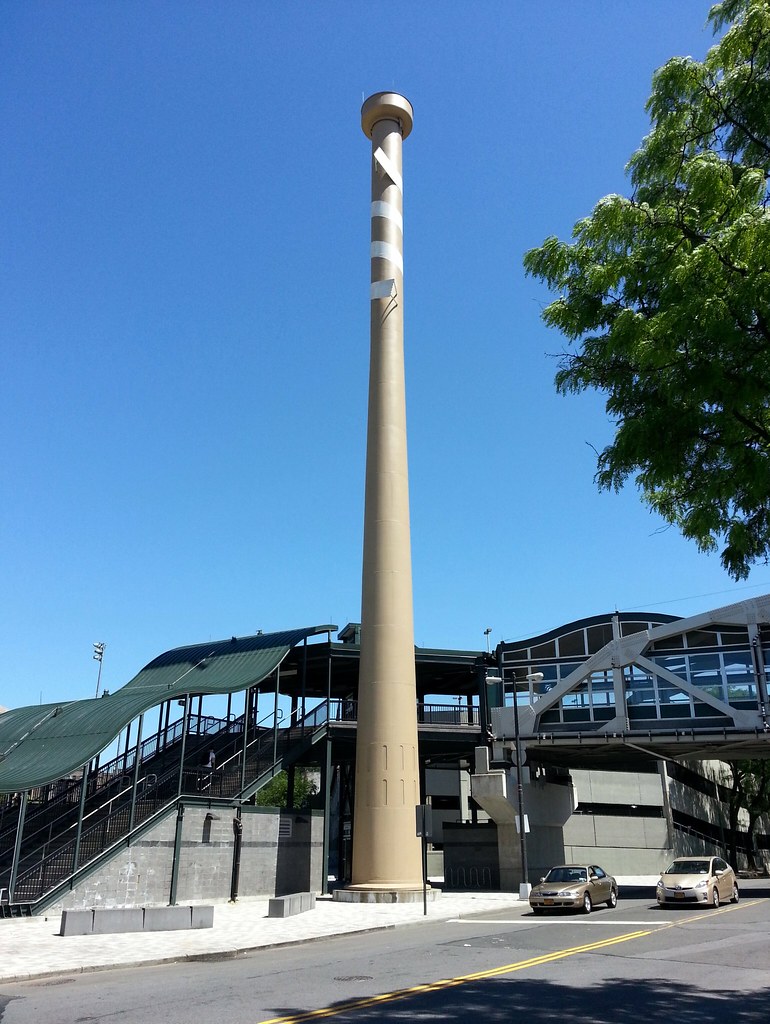 This was merely an exhaust stack for the old Yankee Stadium until Joe Garagiola Jr. reportedly had the idea to ask Hillerich & Bradsby, the company that makes Louisville Sluggers, to stick a knob-like protrusion on the top and turn it into a gigantic Babe Ruth-model bat. Predating the peeling tape on the handle, supersized versions of the batmaker's logo and the Babe's signature once adorned the shaft, but seem to have been lost to subsequent paint jobs. The Bat became a popular meeting place for fans outside the old stadium, and, while the stadium has since been torn down, The Bat remains, now towering above Heritage Field and the passageway to the new Metro-North station.