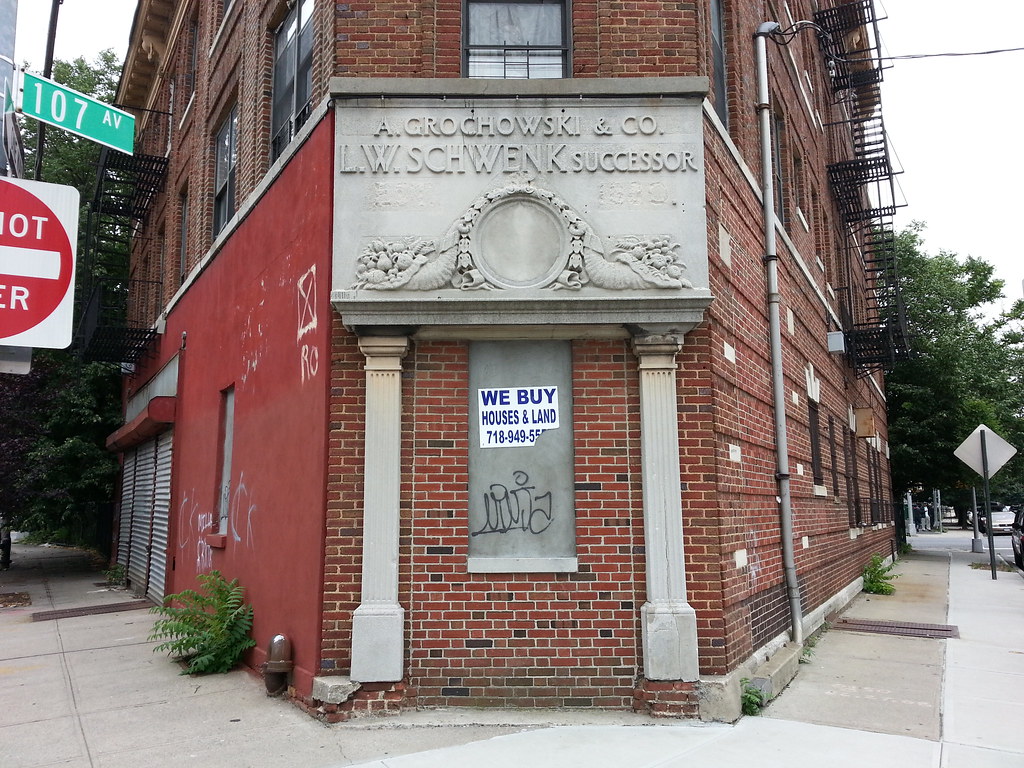 This was one of three banks operated by Ladislaw W. Schwenk, who was sentenced to prison in 1915 after being "convicted on a charge of feloniously accepting deposits when he knew his firm to be insolvent . . . Three months before the banking department stepped in and the banks were insolvent, he allowed 2,500 depositors, all poor people, to place over $500,000 with him. They lost all they had."

Day 92: Mural outside a Popeyes Chicken