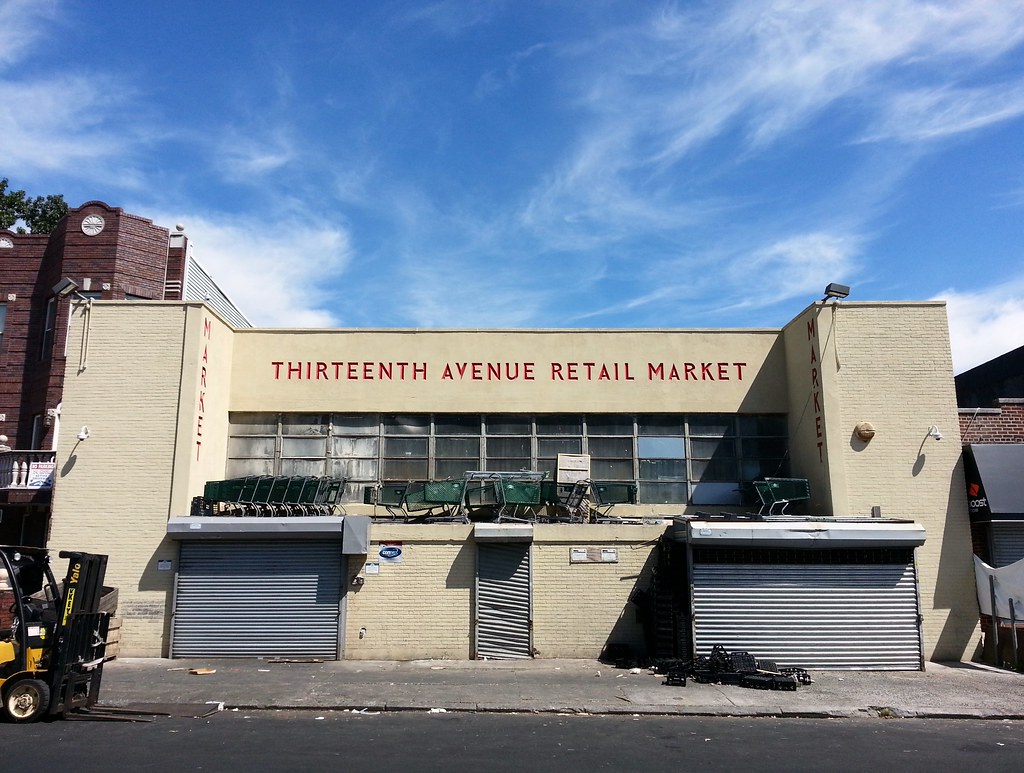 Originally full of stalls for different vendors, this was one of nine public markets opened by the city in the late 1930s and early 1940s in an effort to rid the streets of pushcarts and peddlers, those "intolerable vestiges of immigrant life". It's not apparent from this side entrance, but the building is now home to a kosher supermarket. And you'll never guess who played at the supermarket's grand opening last year: our old friend, the Billboard King of the BQE, Lipa Schmeltzer! (Keeping the tradition of excellence alive in 2013, Uncle Moishy put on a concert for the store's first anniversary back in February.)