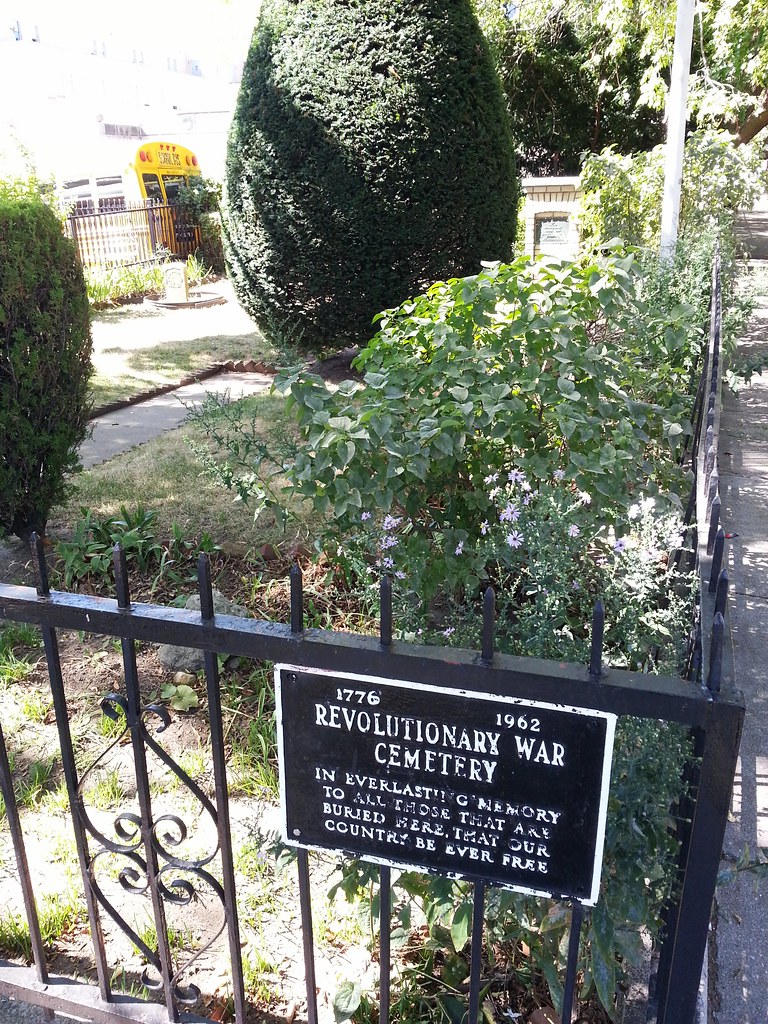 Also known as the Barkaloo (or Barkuloo) Cemetery, this is Brooklyn's smallest cemetery, and it's also the last remaining standalone family graveyard in the borough. There are supposedly three Revolutionary War veterans buried here, including the wonderfully named Harmonius Barkaloo. (I later discovered that his first name, to my great dismay, is probably more faithfully rendered in English as Harmanus, which just doesn't have the same harmonious ring to it. Nonetheless, I wanted to share with you the fleeting moment of pure joy that comes with imagining the existence of a man named Harmonius Barkaloo.)

Sometimes when wandering around cemeteries, I'm reminded of this passage from John McPhee's Oranges:

Grierson is a trim and well-groomed man in his late forties, with brown hair and a modest mustache. He is in the habit, rare in Florida, of working right through the lunch hour every day, pausing only, while eating a sandwich at his desk, to leaf through the telephone directory in search of unusual names, a daily amusement. The day I met him, he was beside himself with pleasure after discovering Verbal Funderburk.

Alive as the Trees 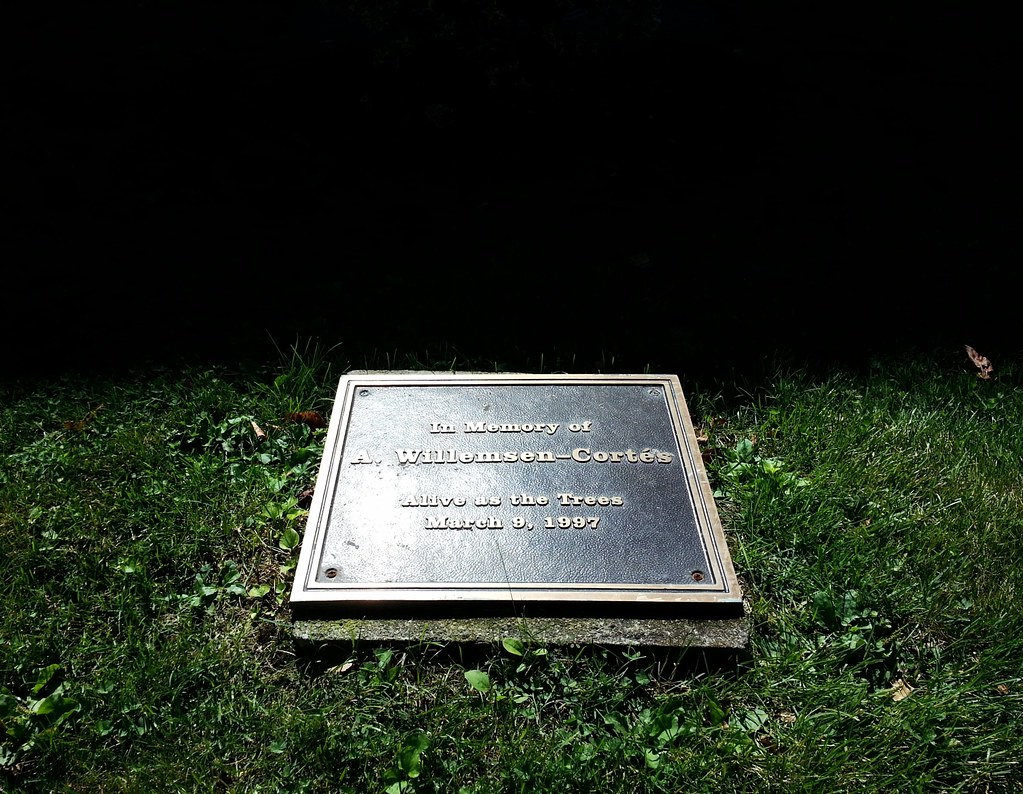 Fishin’ off the north side 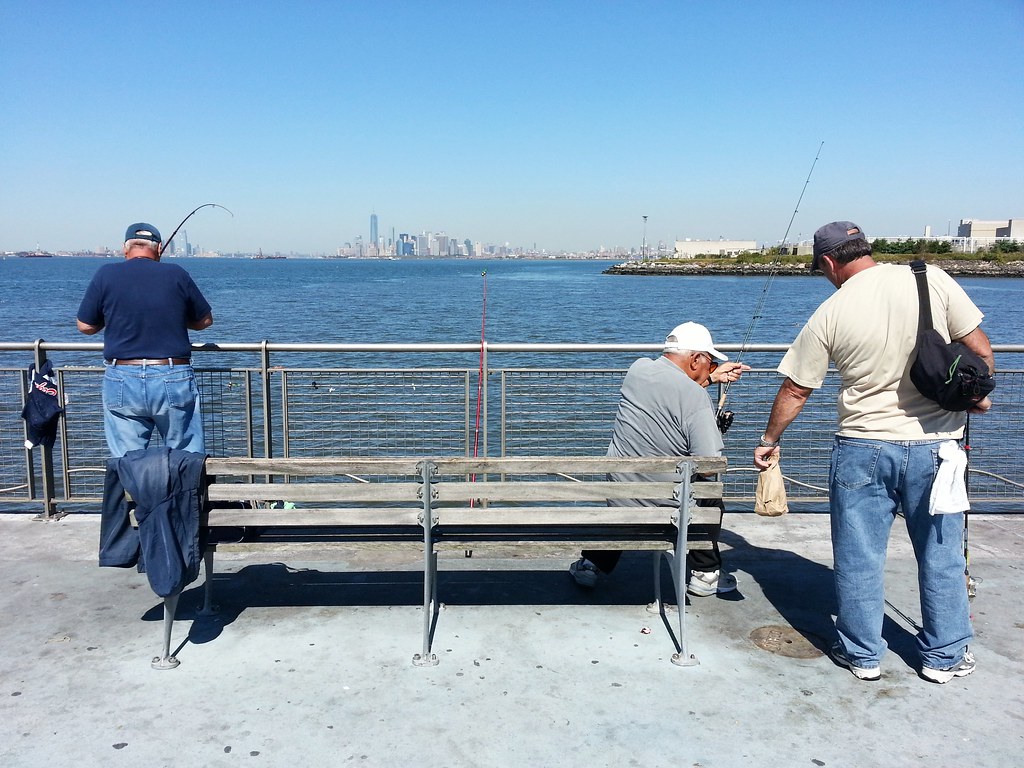 of the 69th Street Pier

And fishin’ off the south 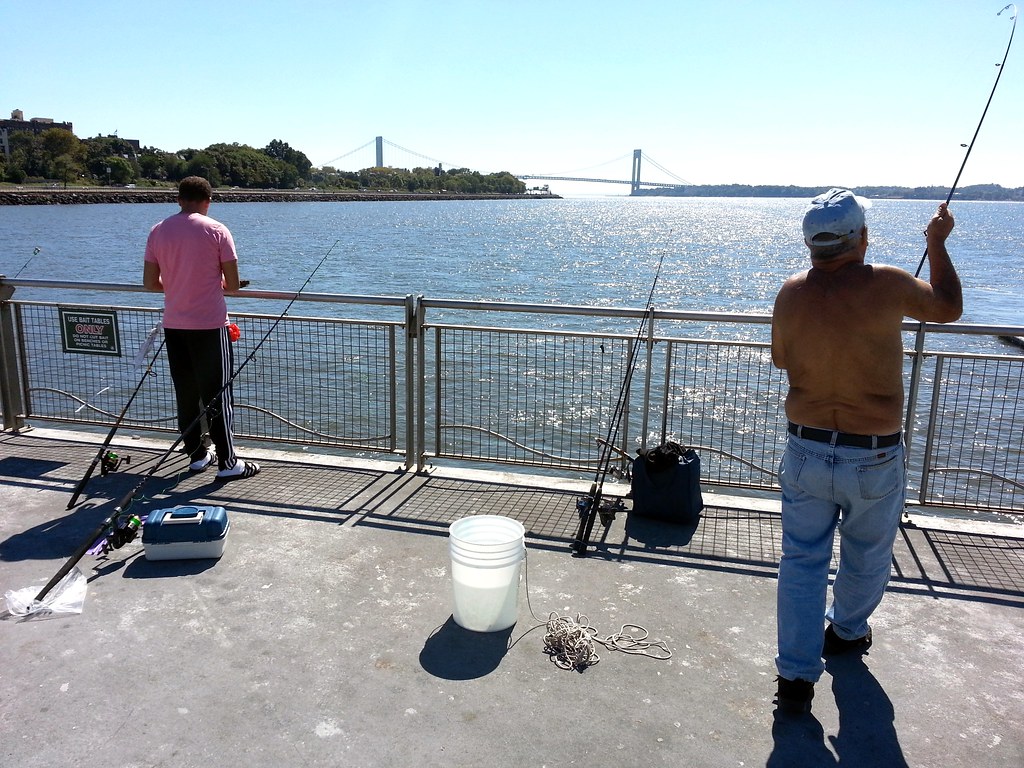 That's the Verrazano off in the distance. 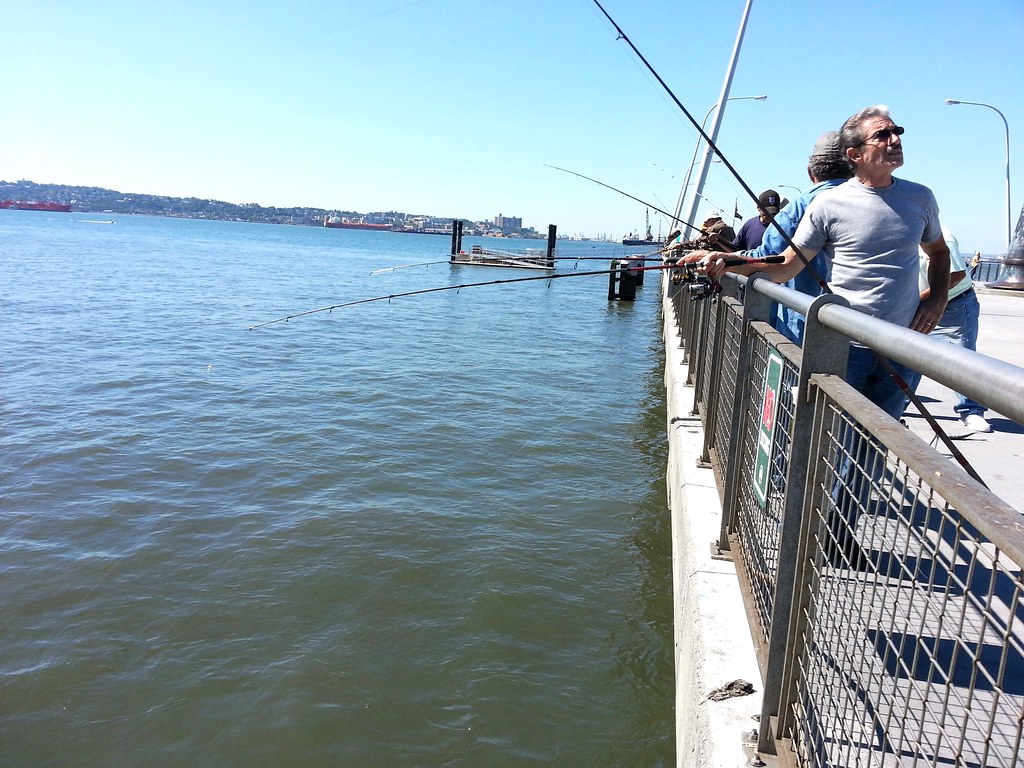 In case you couldn't tell, the 69th Street Pier is quite popular with the angling crowd. Out in the water at the end of the pier is an under-construction "Eco Dock". 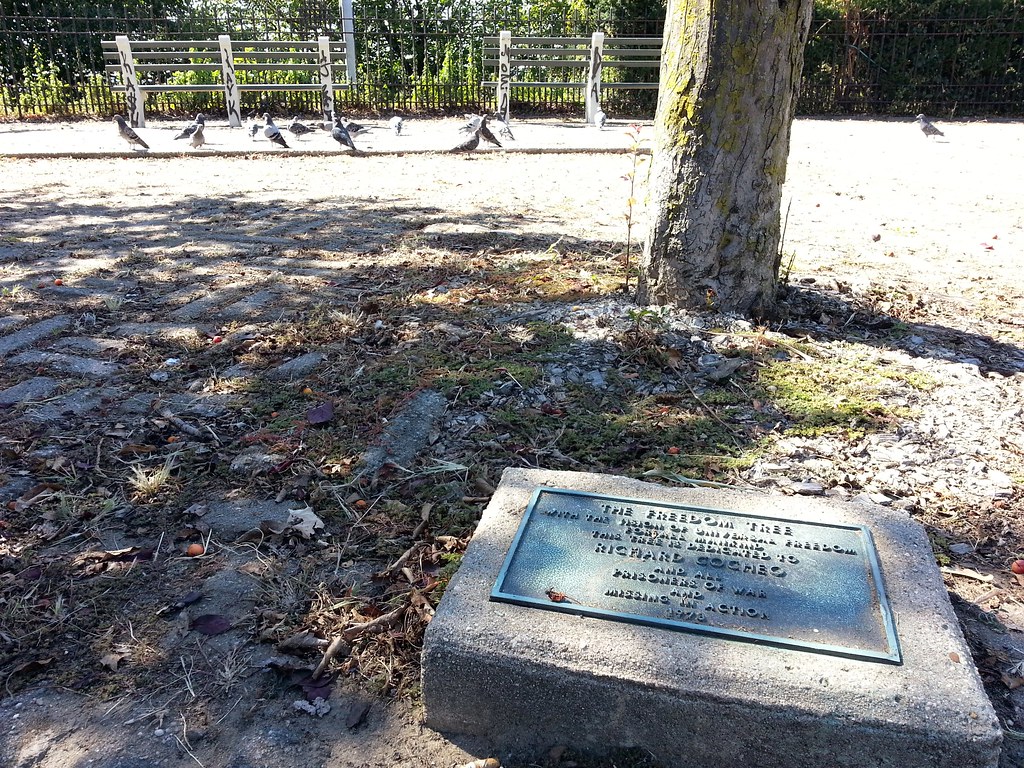 (There are a few other Freedom Trees dedicated to other POW/MIAs in this little section of Shore Road Park.) 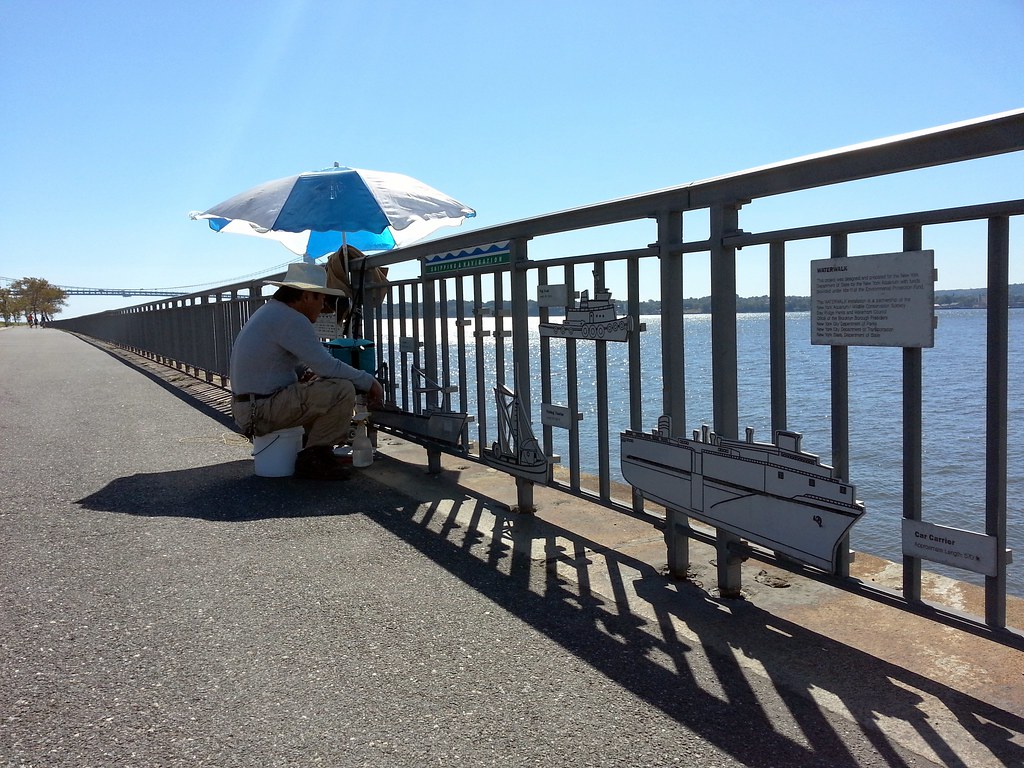 A series of educational signs posted along the Bay Ridge waterfront 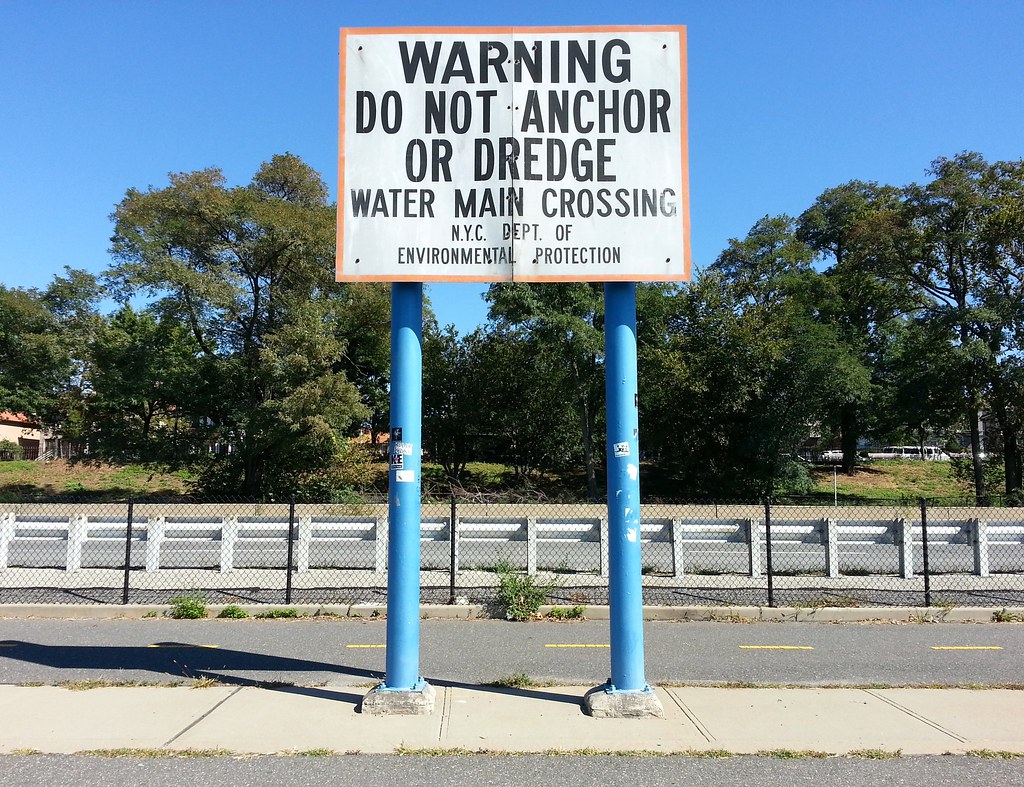 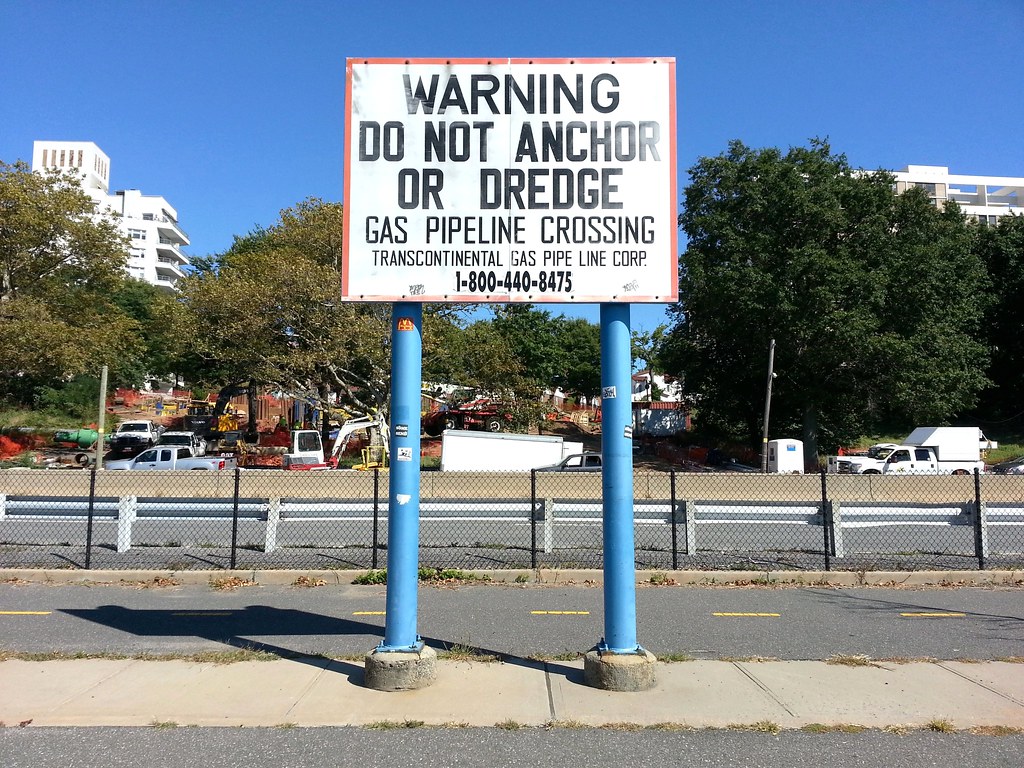 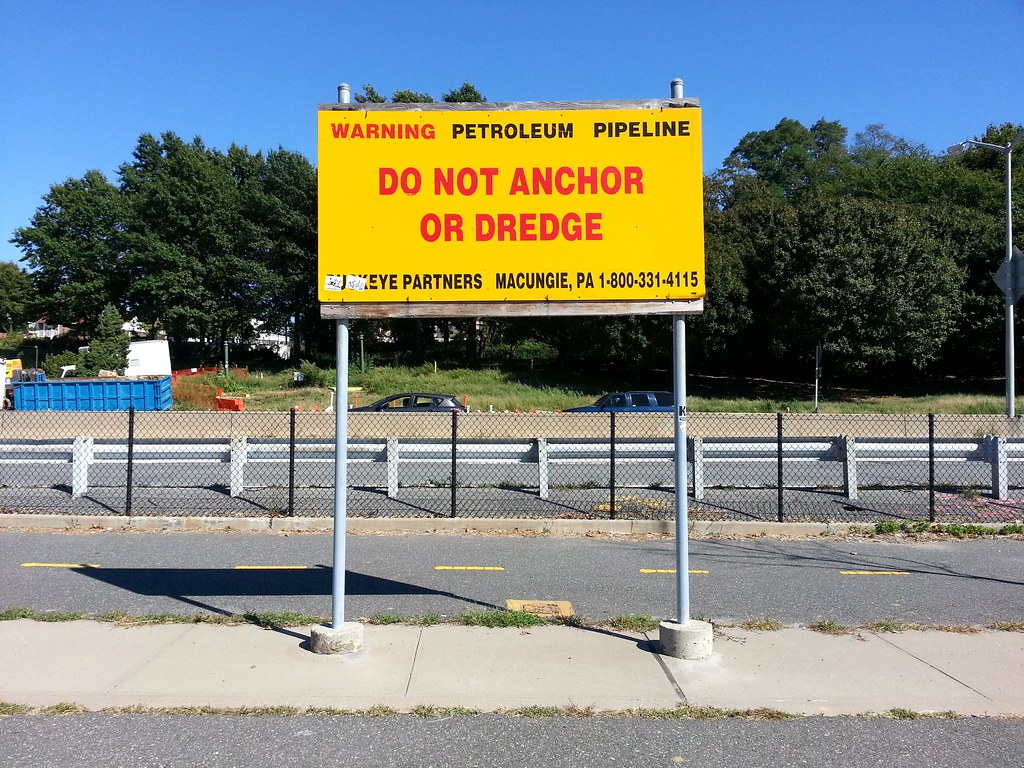 Soaring across the Narrows 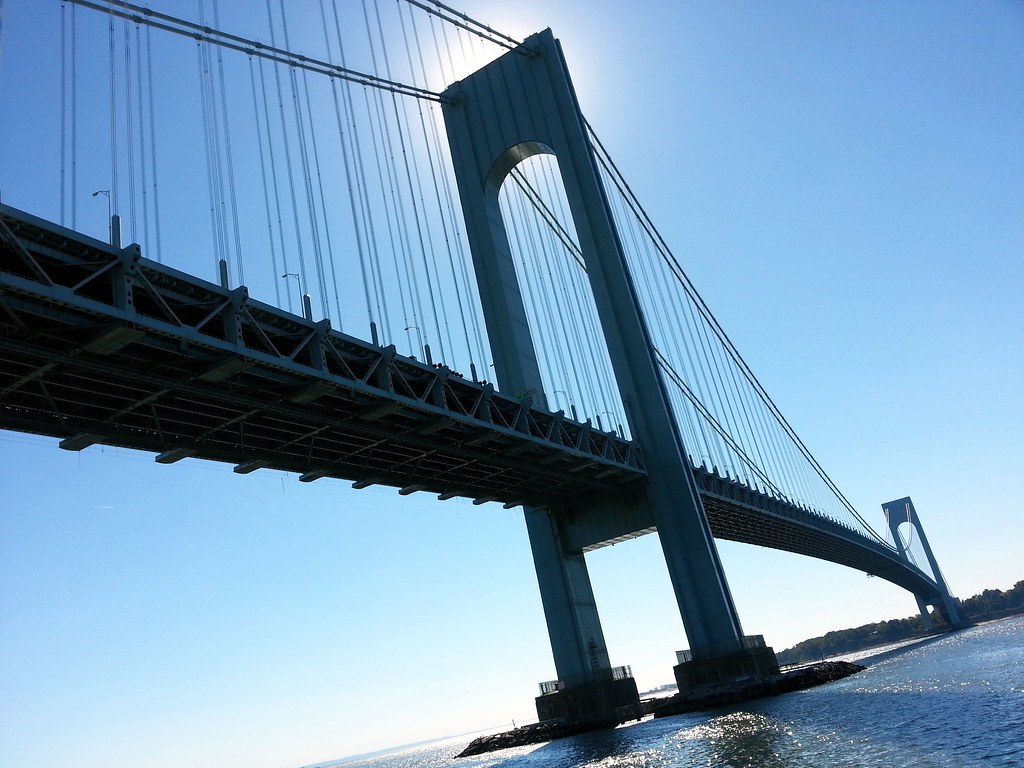 The Verrazano-Narrows Bridge, with the longest bridge span in the Americas

Pedestrian bridge over the Belt Parkway 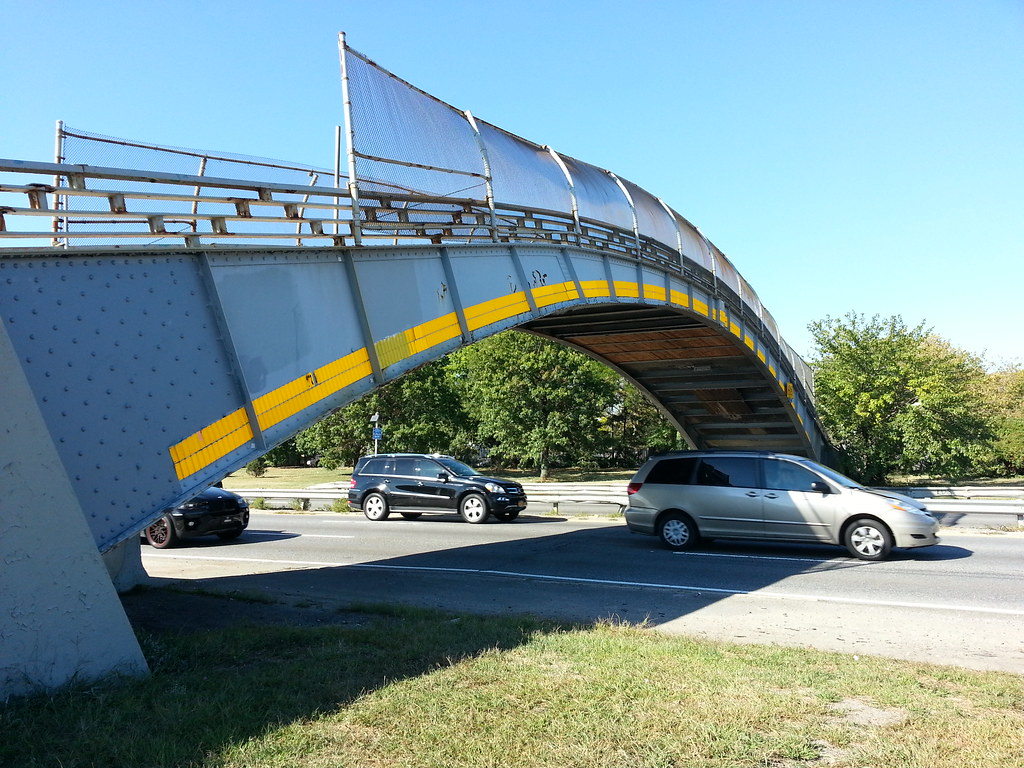 with a retroreflective stripe to reduce bridge strikes. Looks like this crossing might be about to get seriously snazzed up.

Across the Belt Parkway 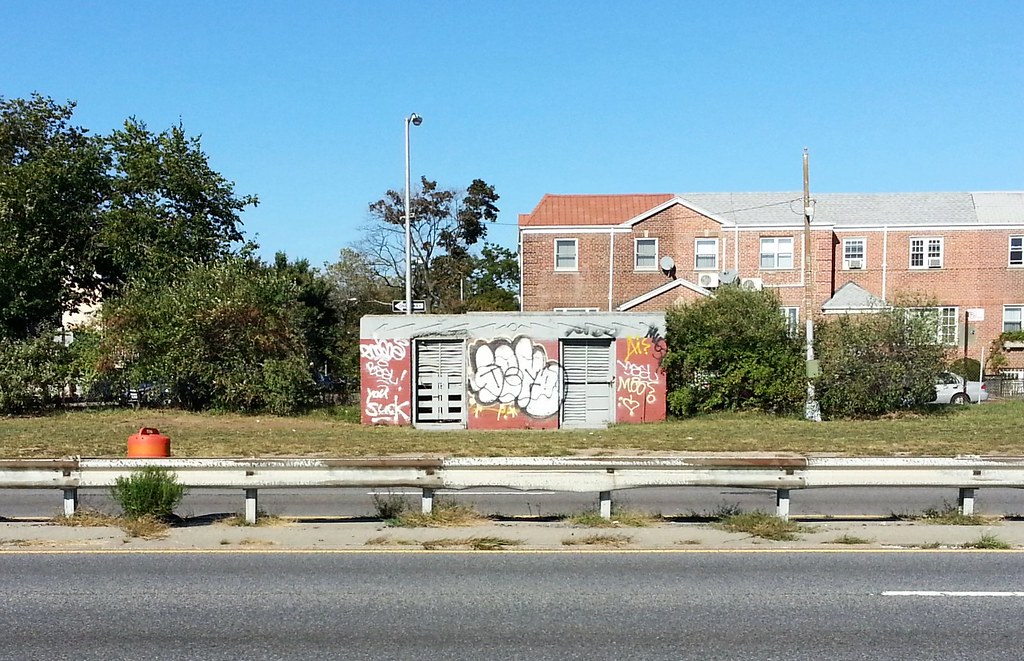 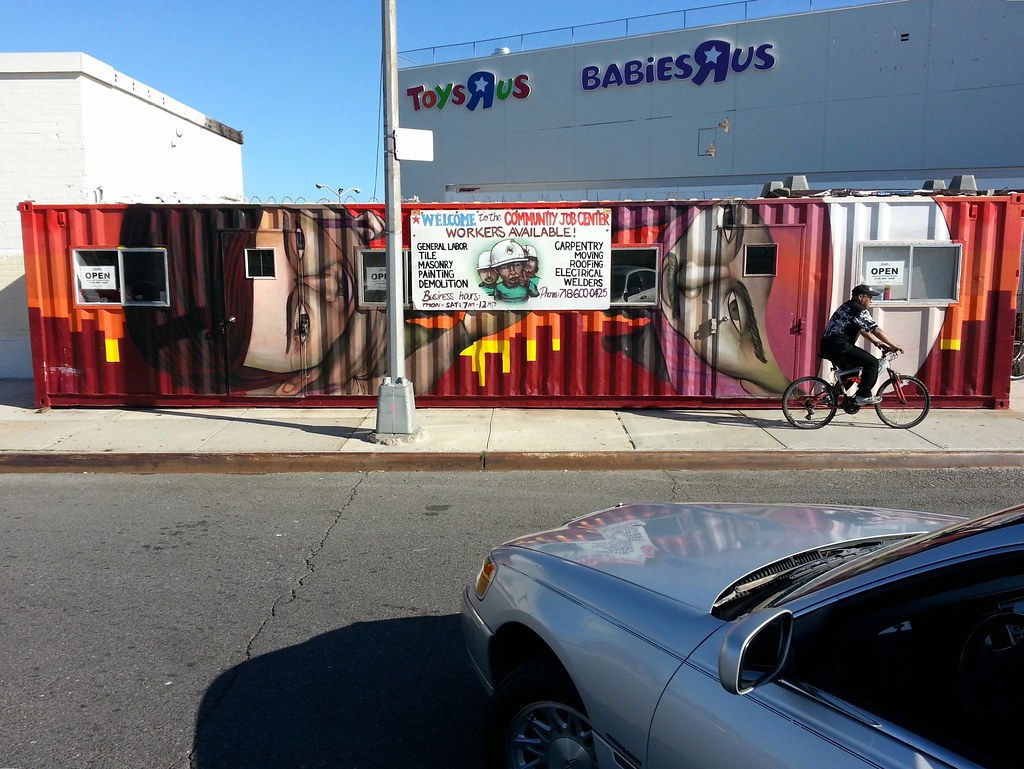 This hiring center for immigrant day laborers moved into this Cekis-painted trailer after its previous home, an 8-by-12-foot wooden shack, was blown 120 feet into a nearby parking lot by Hurricane Sandy. 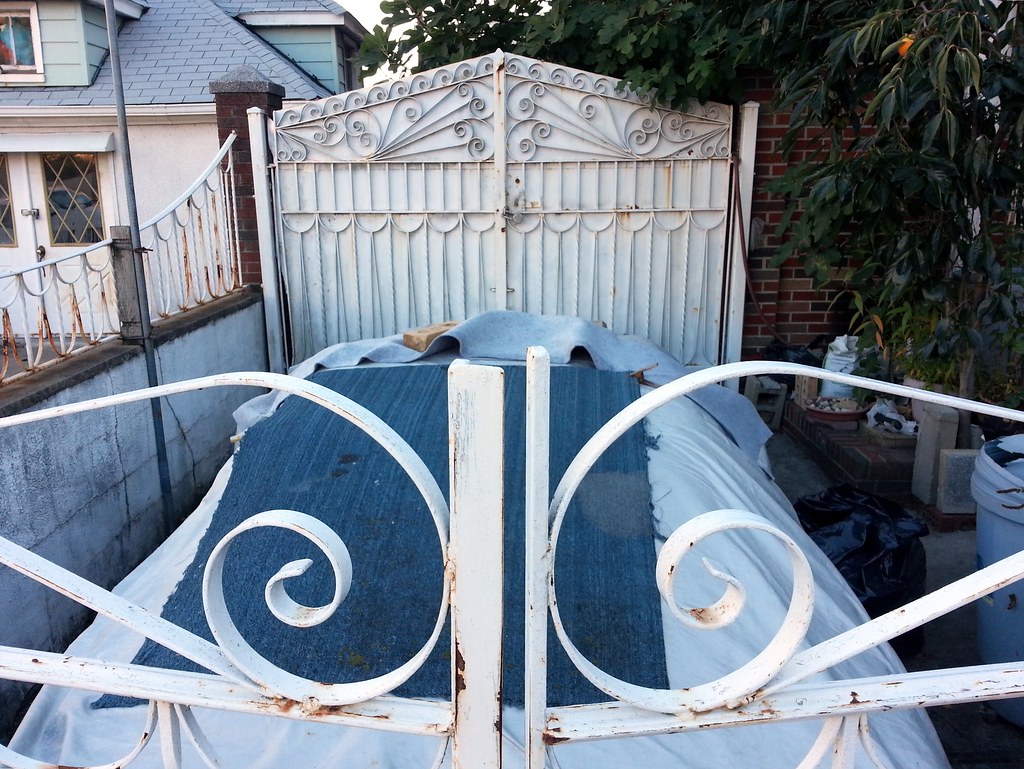 and a ripening persimmon 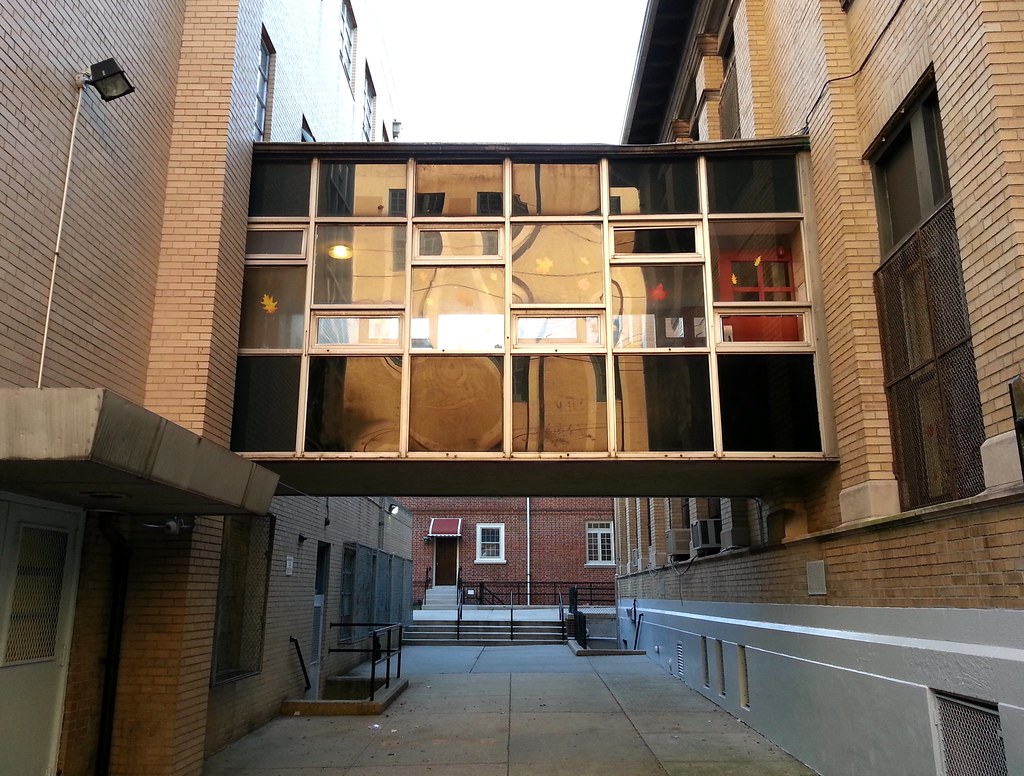 Leaf veins in the setting sun 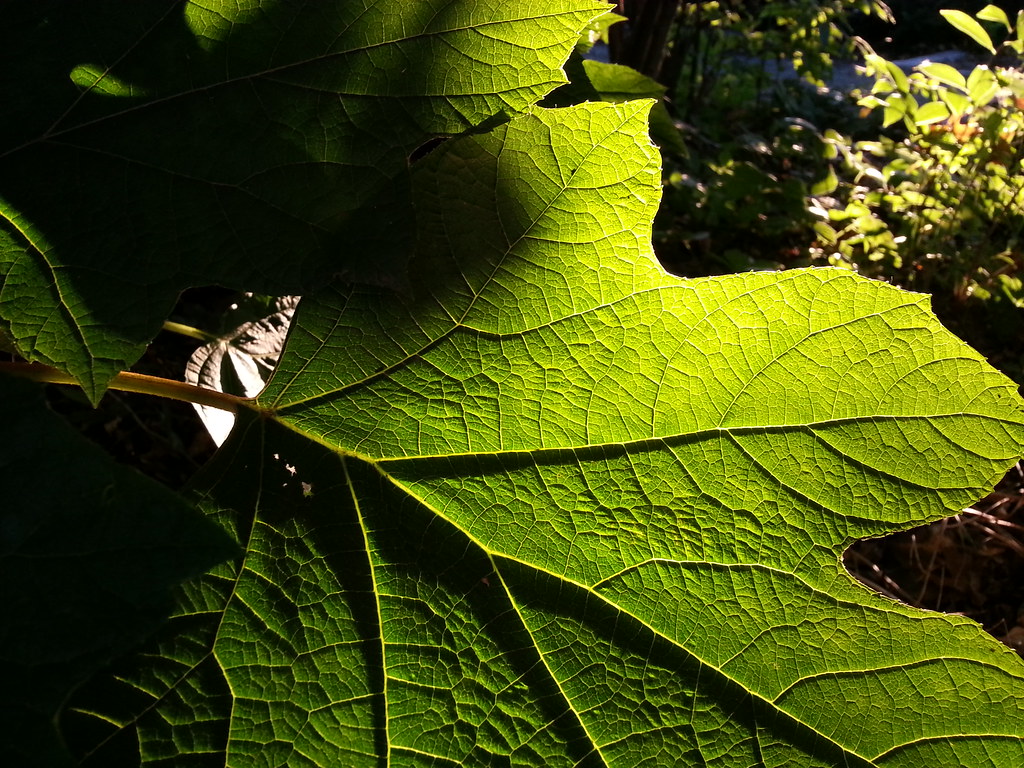 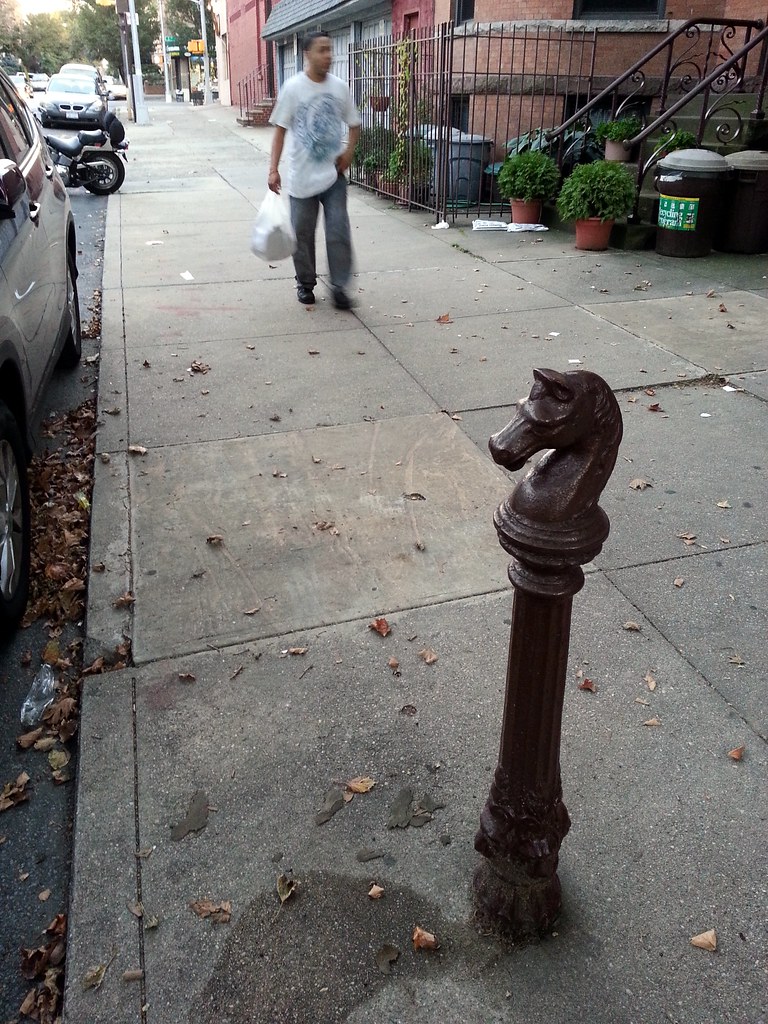