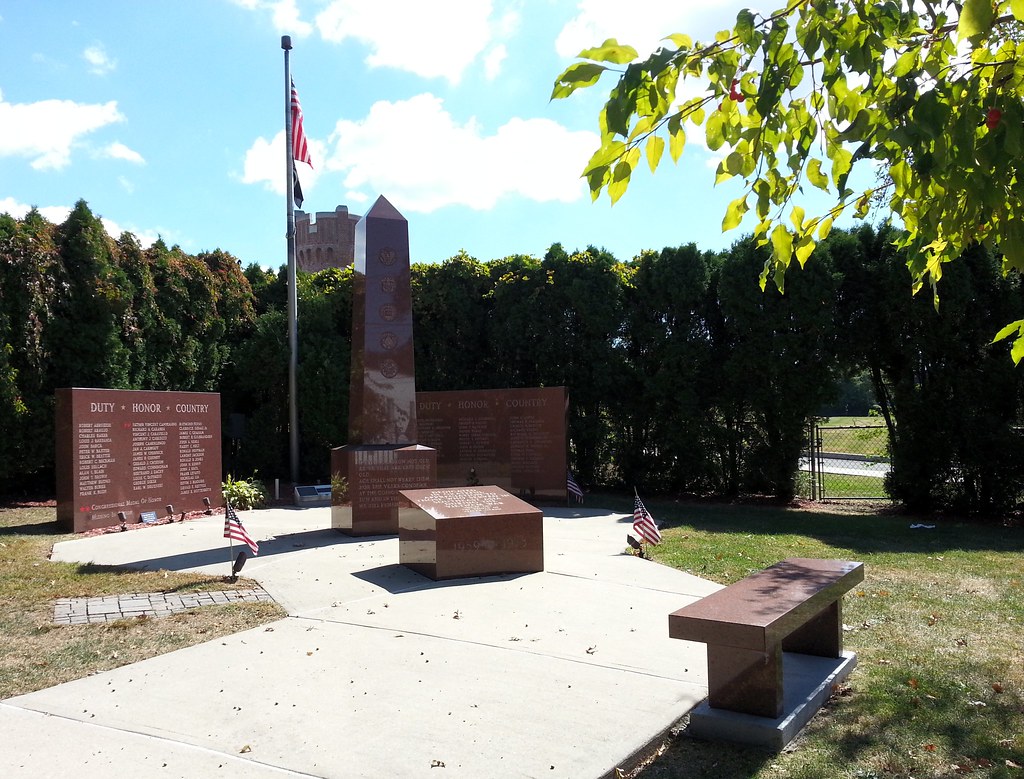 Dedicated 25 years ago, this memorial sits beside the Manor Road Armory, which is partially visible in the background. In addition to the names of the Staten Islanders who died in the war, the memorial also features the second stanza of the "Ode of Remembrance", as well as the bitter tribute reproduced below.

SOUTHEAST ASIA — Johnny "POW-MIA" America, died Tuesday (Feb. 1, 1994) along with over two thousand of his brothers at a prisoner of war camp somewhere in Vietnam, Cambodia or Laos.

Mr. America was born a native son of the United States of America. Johnny America lived somewhere in Heartland America before being moved to Southeast Asia sometime between Jan. 1, 1959 and May 7, 1975.

Mr. America was employed by the U.S. Government for the people of the United States of America. He was in the Army, Navy, Marines, Air Force or Coast Guard. Mr. Johnny America's occupation was to put his life on the line in the name of "DEMOCRACY and FREEDOM."

He was a veteran of the Vietnam War. Mr. America was awarded years of solitary confinement, torture, starvation and the loss of his rights as a human being. Johnny's fate ended at the hands of political greed and the government's lifting of the "TRADE EMBARGO".

Mr. America would have been a member of the Vietnam Veterans of America, American Legion, VFW or DAV.

Surviving are his mother, father, sister, brother, wife, children, relatives and friends. Johnny was forgotten by his country, but will always be remembered in the hearts and minds of his fellow Veterans. Johnny America's spirit will live on forever and never be forgotten.

Services are held at all veterans meetings and nationally every September at every Memorial Park. Visitation is every day at the Vietnam Veterans' Memorial, Washington, D.C. 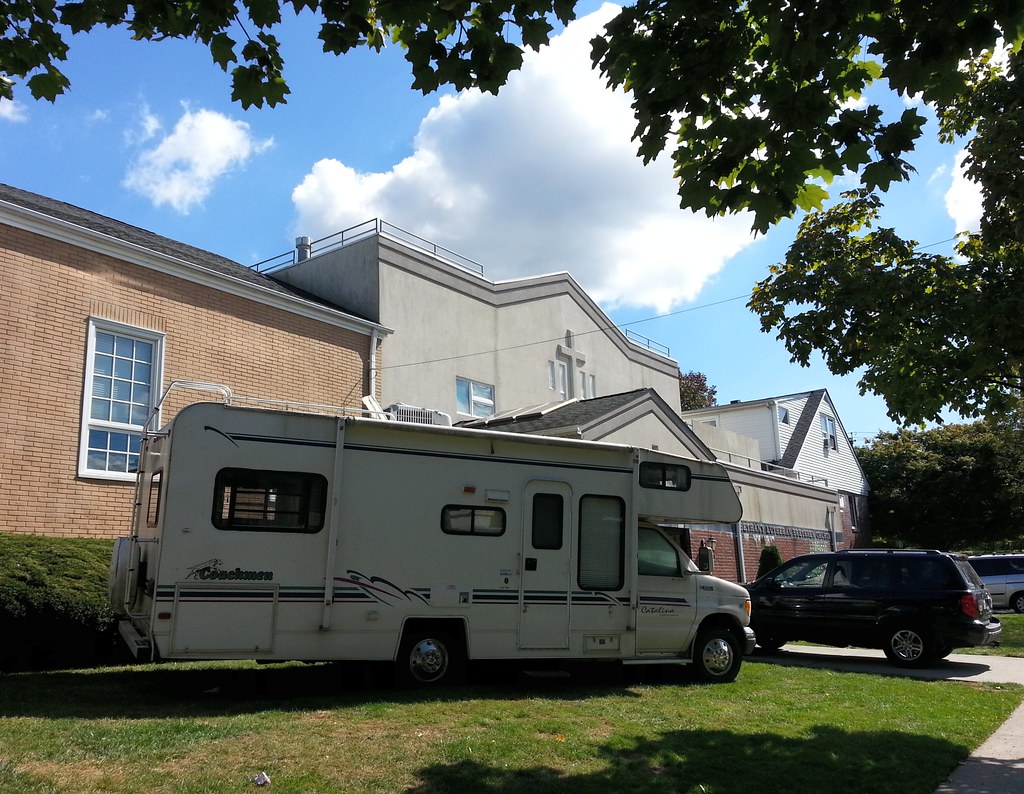 Yet another Staten Island flag mural 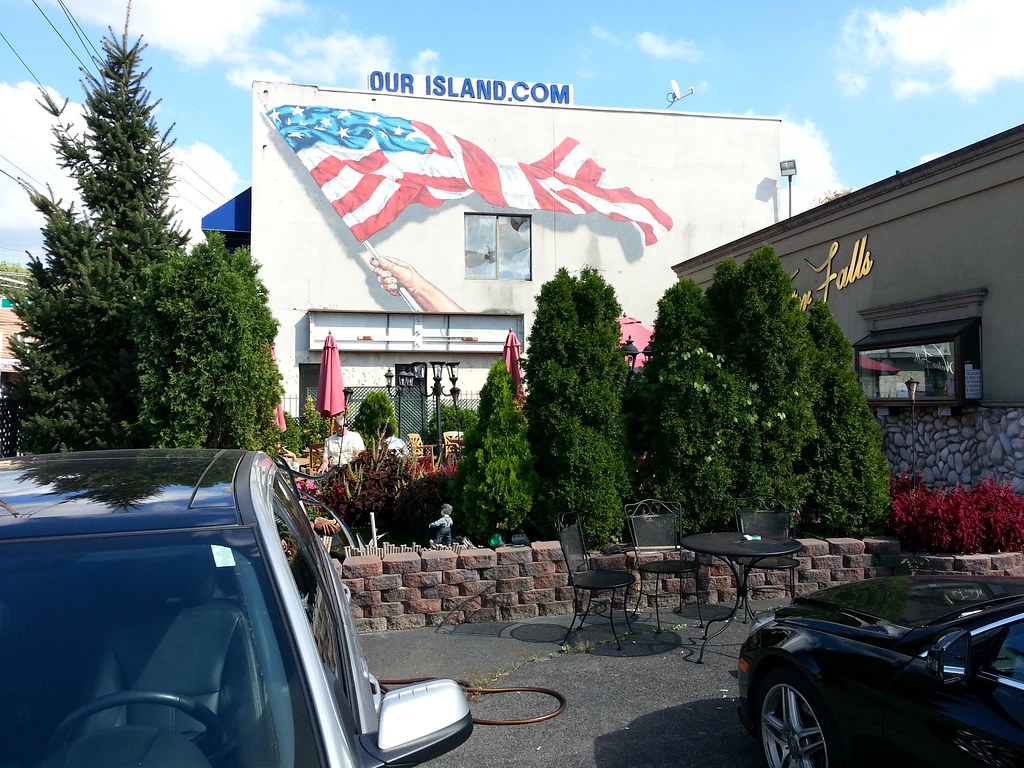 by the manure-slinging Scott LoBaido

Trickling through a backyard or two 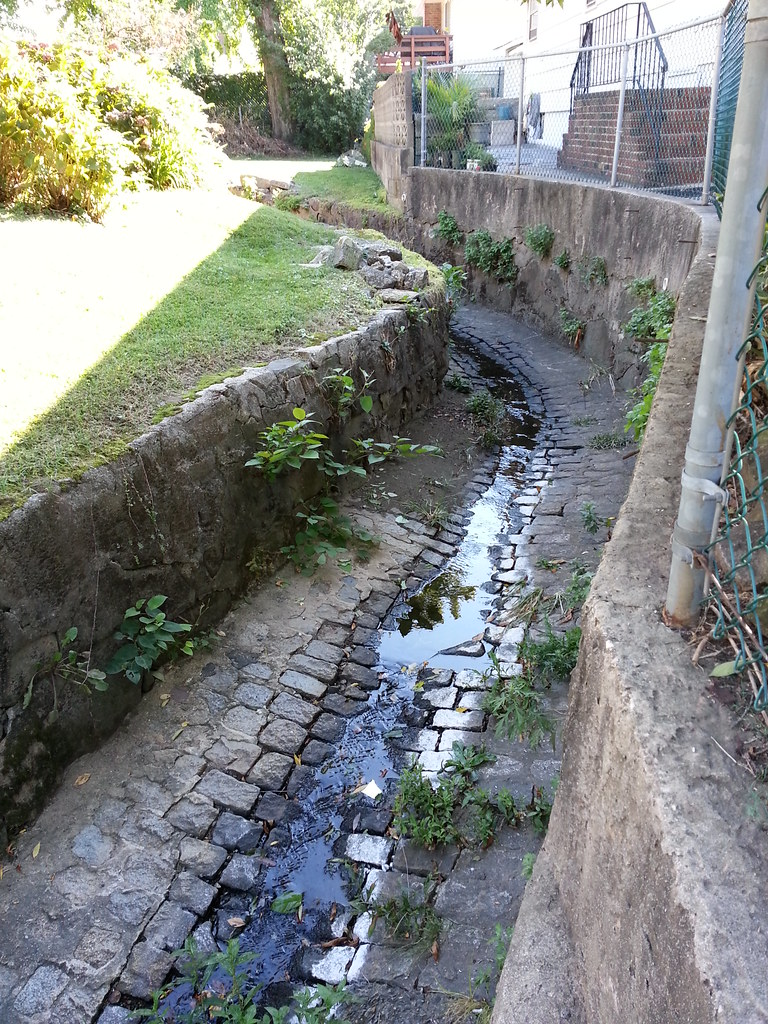 A tributary of Palmer's Run sees some daylight. 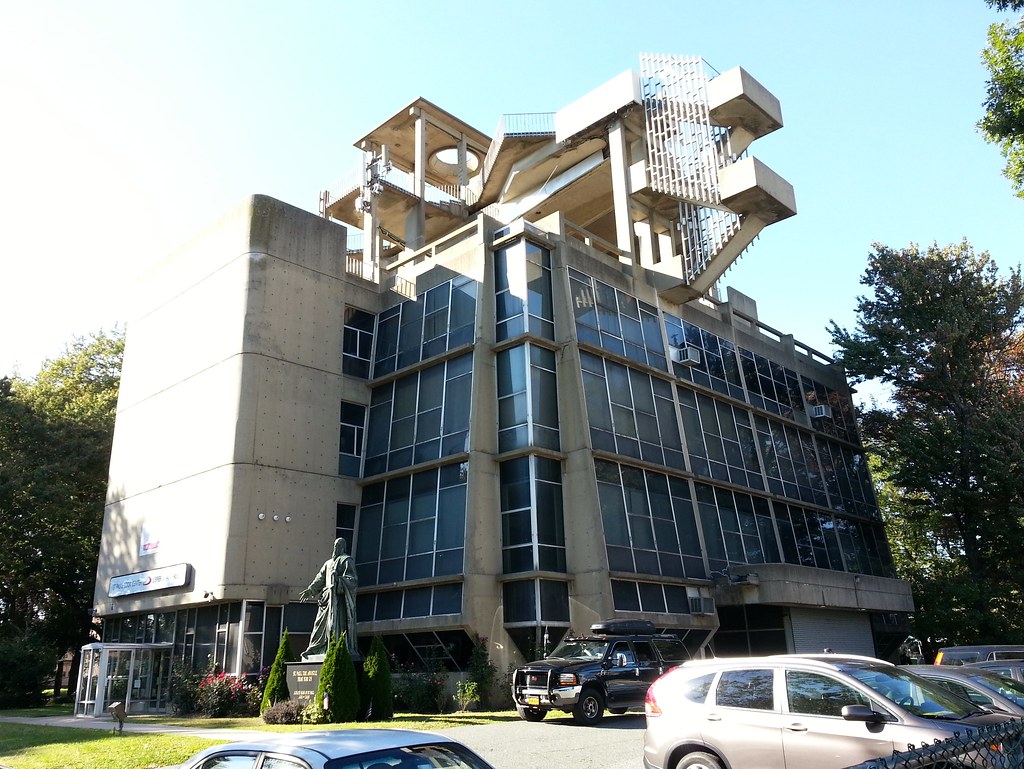 According to the AIA Guide to New York City, this is "Staten Island's most bizarre building: a manic combination of architecture and monumentally scaled sculpture." Here's a straight-on view from the front.

I Will Be With You Always 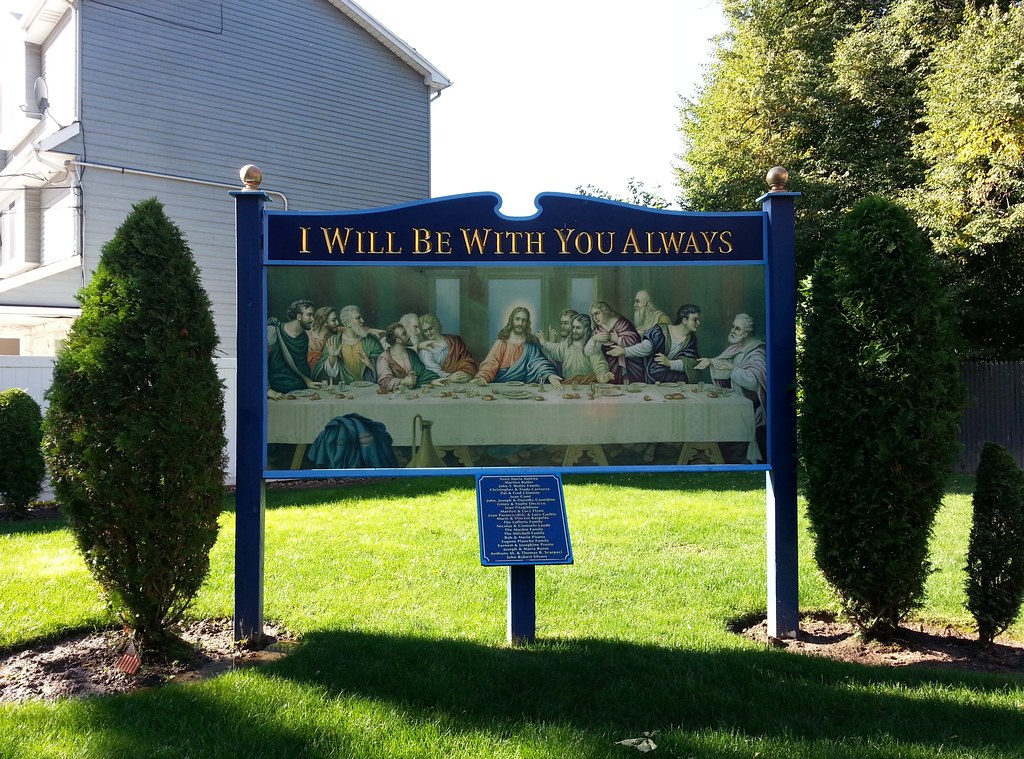 Supping al fresco at the Society of St. Paul Seminary

The Island is Kosher 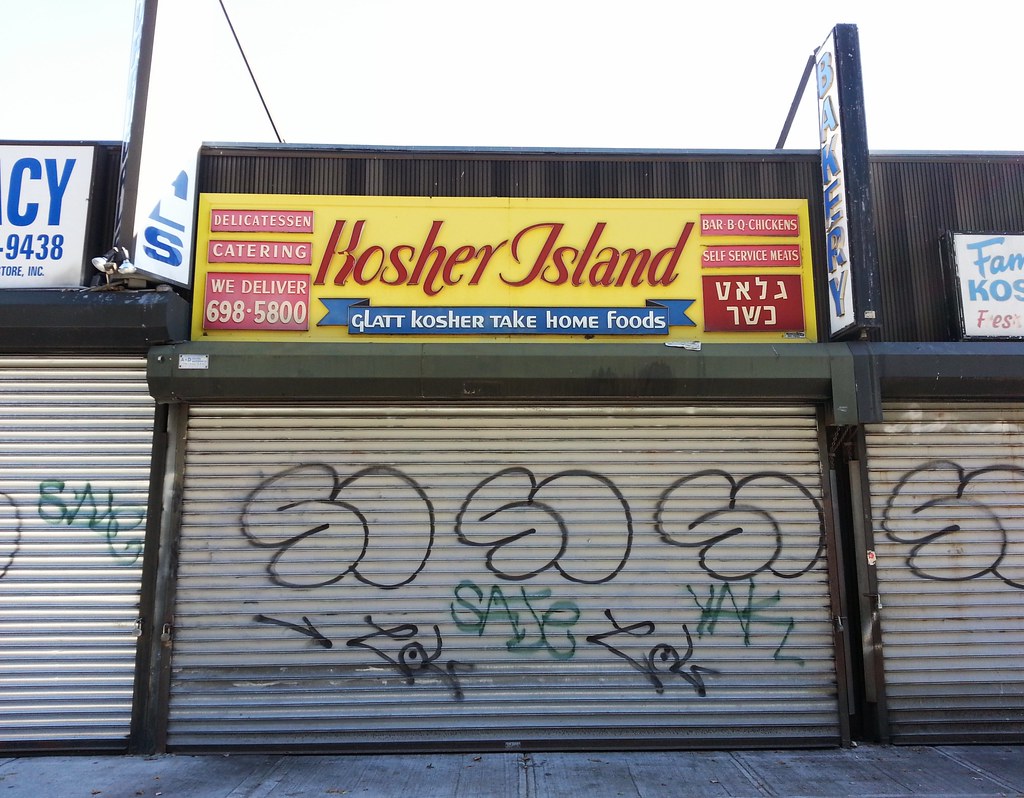 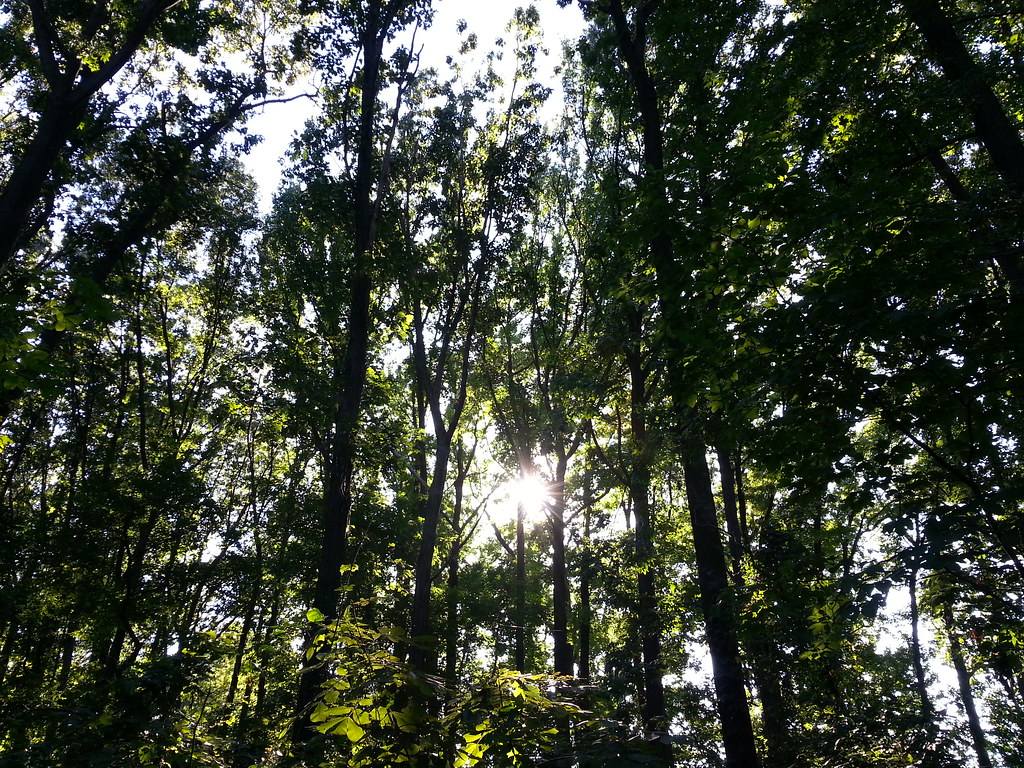 This Parks Department property, which was apparently acquired by the city when the Staten Island Expressway was built, consists of a single undeveloped (except for a garden in one corner), densely forested block hemmed in by houses and the aforementioned expressway. 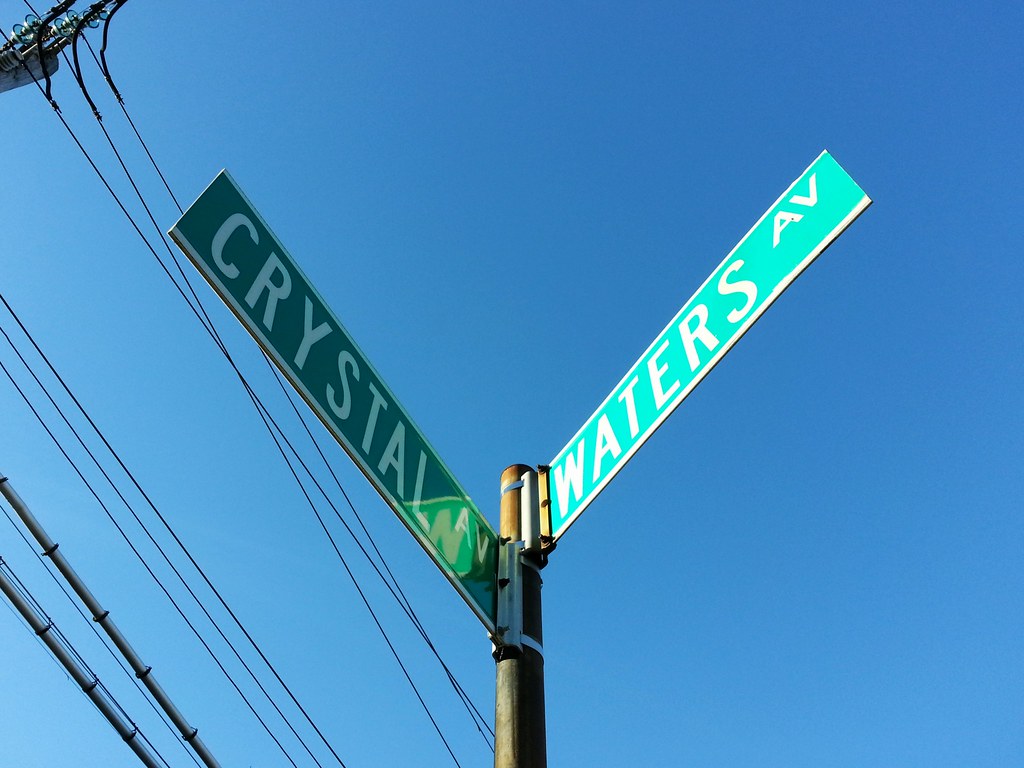 In the days before Staten Island had access to city drinking water from upstate, businesses like the Crystal Water Company provided island well water to local residents. In fact, the property that contains the artesian well we visited all the way back on Day 1 once belonged to Crystal Water. I stopped by the well for a drink not too long ago, only to discover that the Marine Corps League, which now owns the property, has closed off public access. I went inside the League's bar to ask what happened; while two patrons glared at me in silence, my conversation with the bartender went something like this:

Bartender: [Long pause while he stares at me.] Yep.

Me: Because people were vandalizing it?

Bartender: People were fighting. Insurance company said we had to close it.

Me: Really? What were they fighting about?

Bartender: What do you think they were fighting about? Water.

It didn't occur to me that a perpetual spring could be a source of much conflict, but apparently some people would get in arguments over having to wait excessive amounts of time while one person filled up multiple containers. 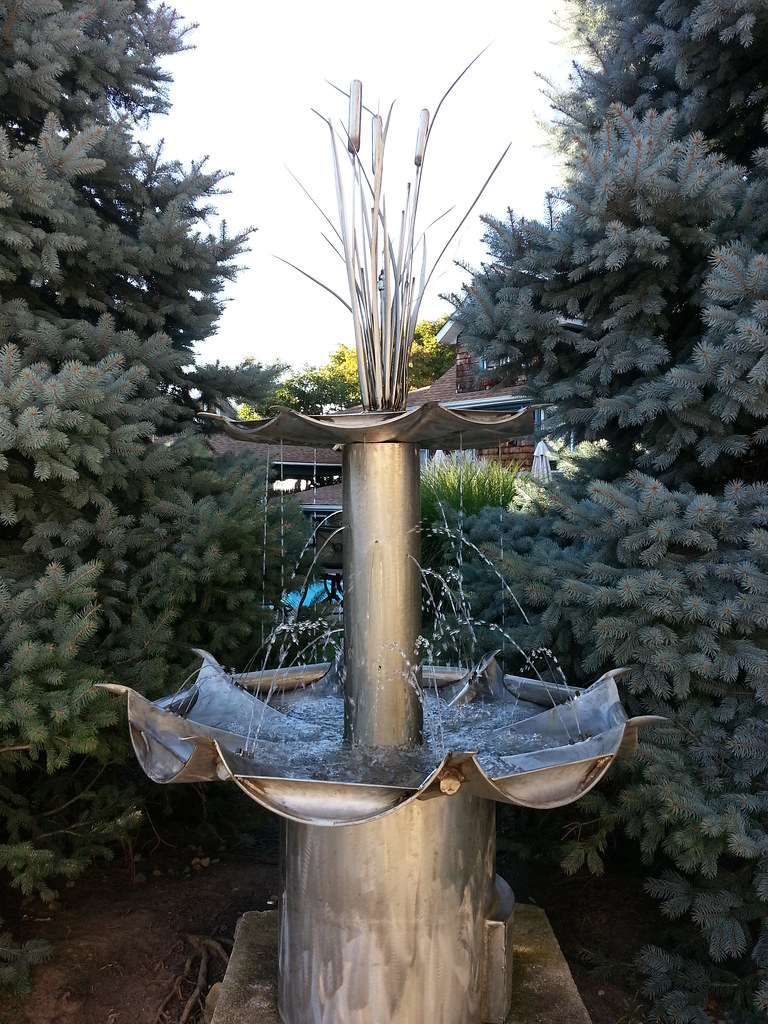 Reminds me of the sculpture at Secaucus Junction 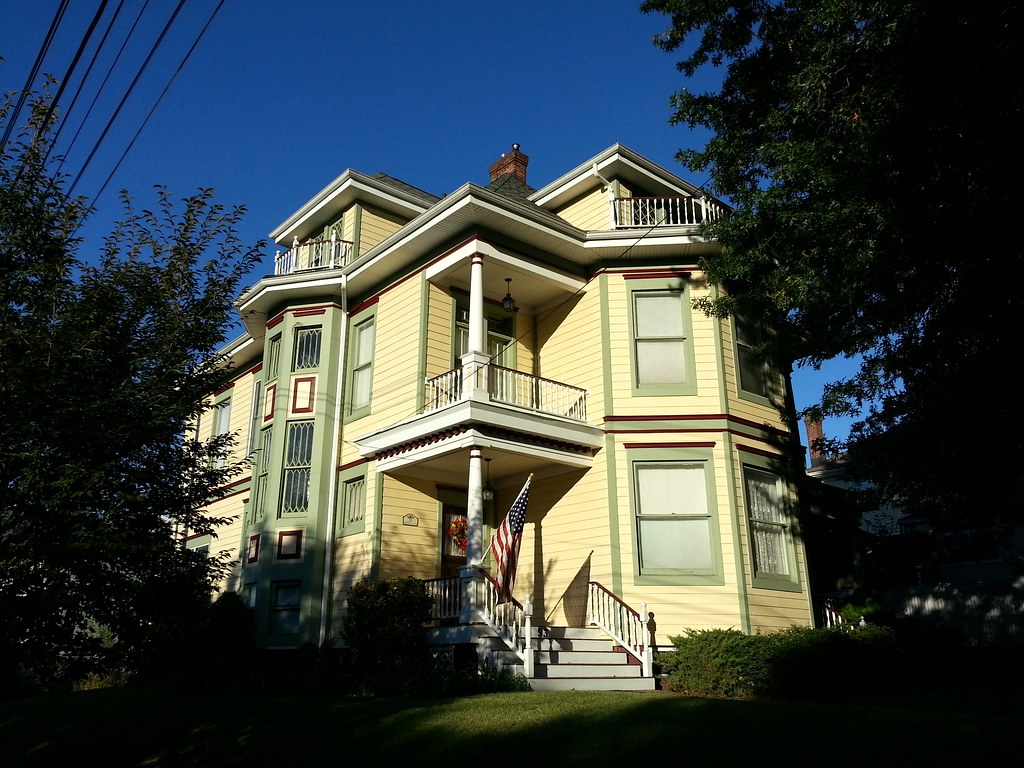 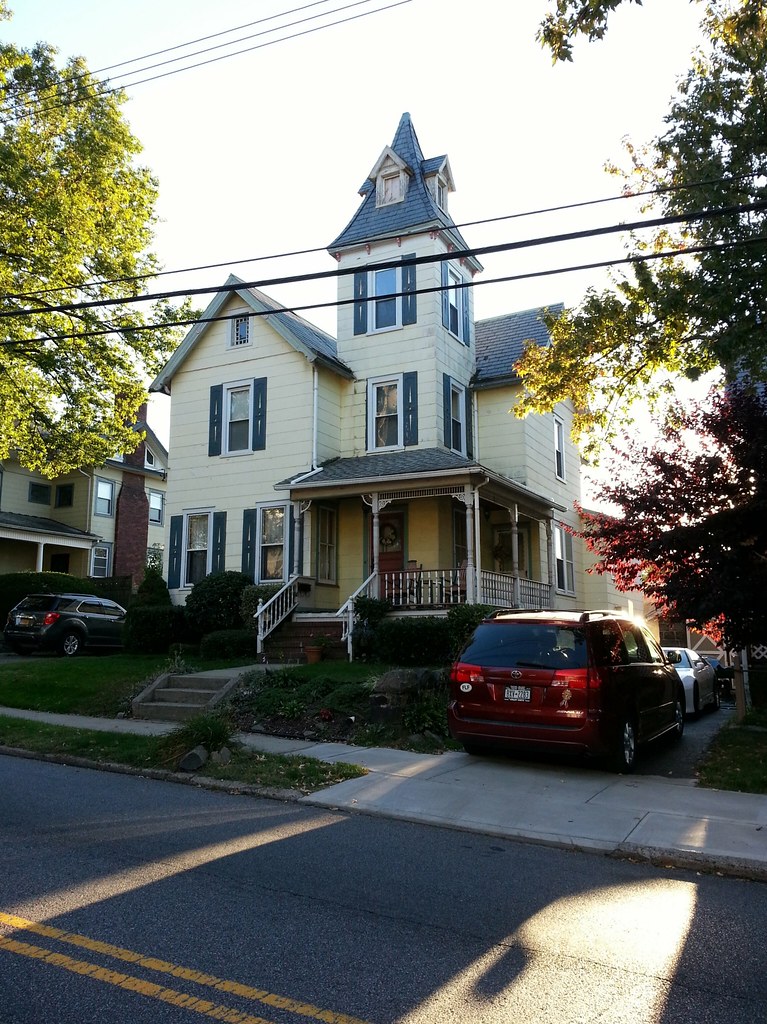 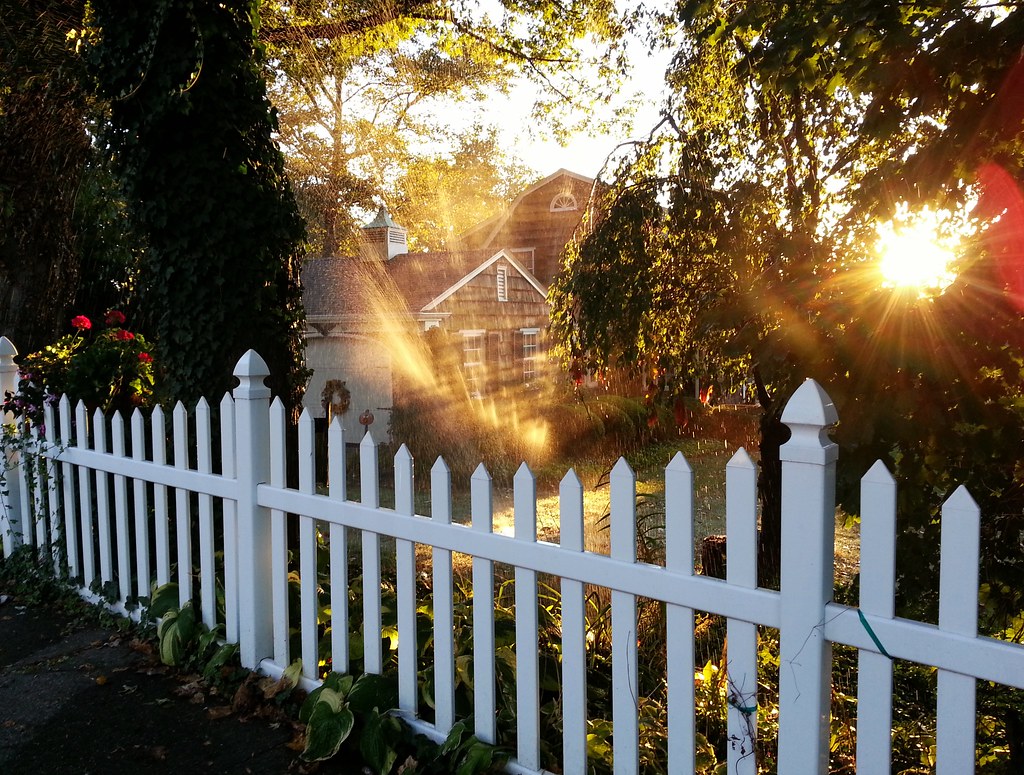 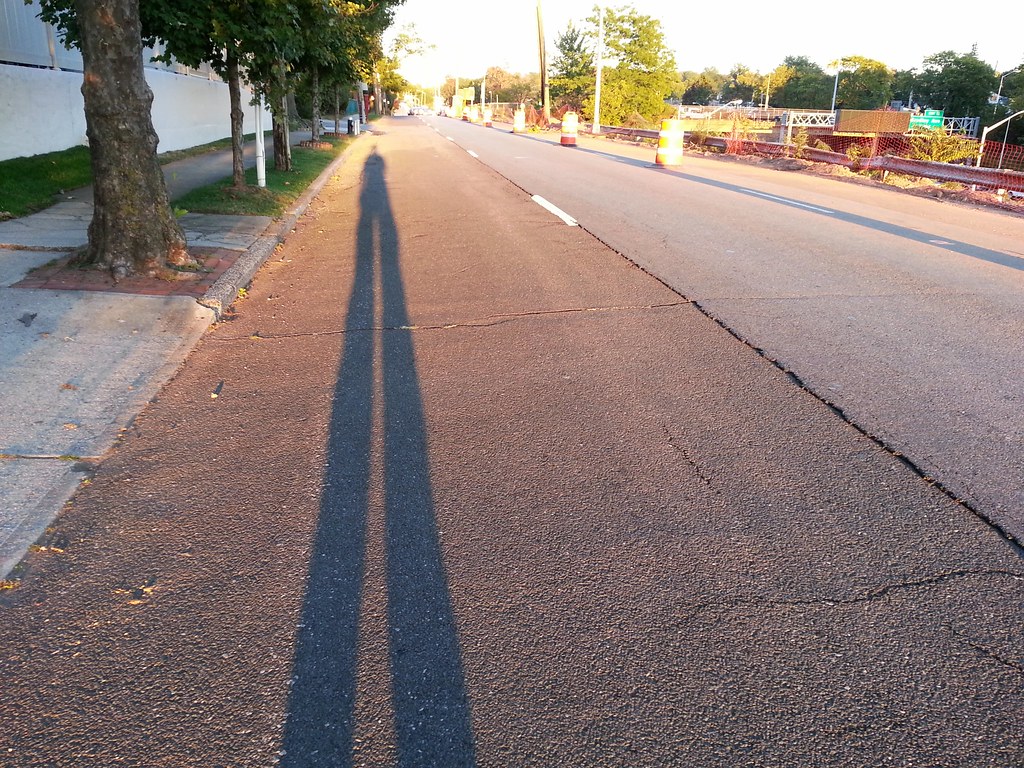