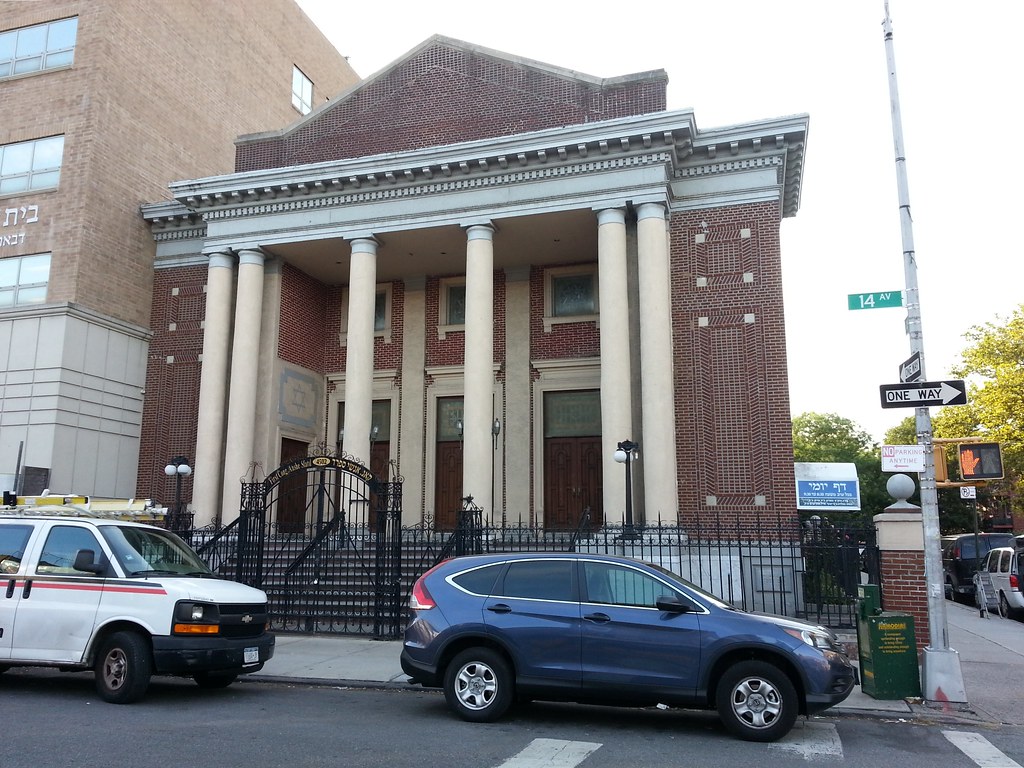 The famed cantor Yossele Rosenblatt, who appeared as himself in a cameo role in the landmark 1927 talking picture The Jazz Singer after turning down a larger part for religious reasons, served as chazzan here at Anshe Sfard for a couple of years until the synagogue's finances collapsed in the stock market crash of 1929. You can hear some of Rosenblatt's recordings, recently digitally restored by a devoted fan, here, and you can watch a musical tribute to "the greatest chazzan of all-time" here.