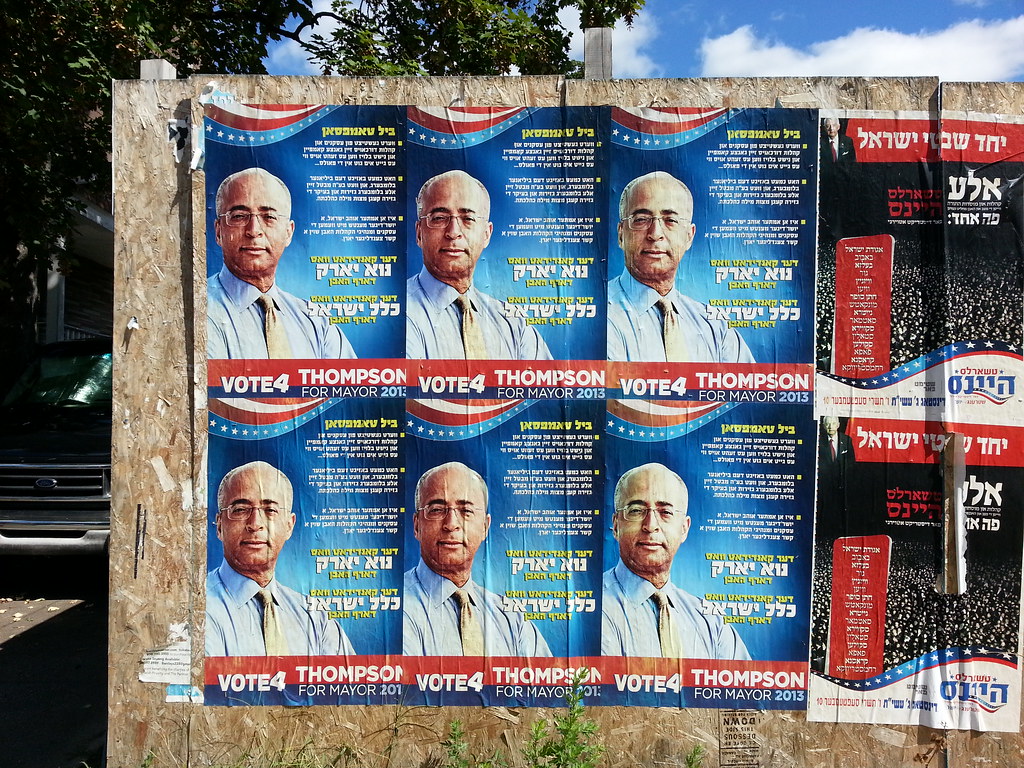 In his failed bid for the Democratic mayoral nomination, Mr. Thompson pushed hard to win the votes of the city's Orthodox Jews. The text of the second bullet point on these posters, from what I can cobble together (here's a closer look), trumpets his opposition (which in reality was just a vague call for compromise) to the "billionaire Bloomberg" administration's recent decision to require parental consent before the performance of metzitzah b’peh, an ancient but potentially risky circumcision practice in which the mohel uses his mouth to suck blood from the infant's wound. It might seem strange that such an issue would get second billing on a campaign ad, but the new regulation infuriated the city's ultra-Orthodox communities (the target audience of these Yiddish-language posters in heavily Jewish Borough Park), forcing all the Democratic mayoral candidates to publicly state their position on the matter.