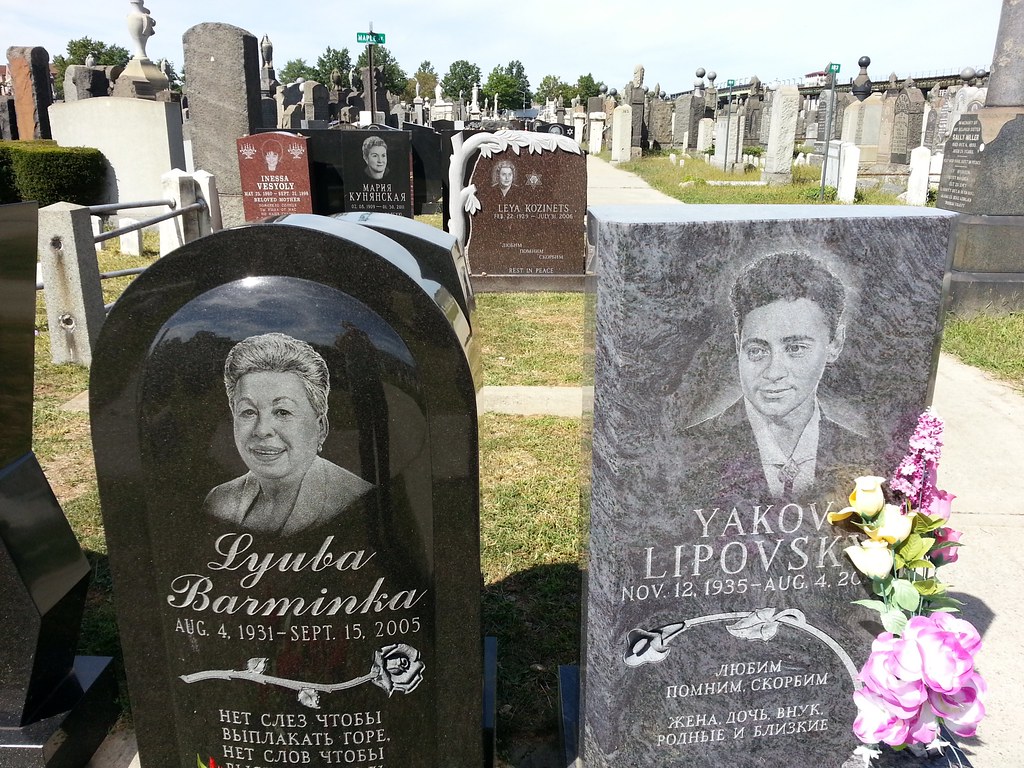 Primarily found in the areas where new grave sites have been created (for example, where roads have been replaced with narrower footpaths to make room for more burials), headstones like these, laser-etched with a likeness of the deceased, are very popular among the Jews from the former Soviet Union who make up almost all of the new burials at Washington Cemetery. Most people are depicted as they looked in middle age or later, but some are instead represented by an image from their younger years. (On a related note, check out these incredible photos I found of some mobsters' tombstones in Russia and Ukraine.)