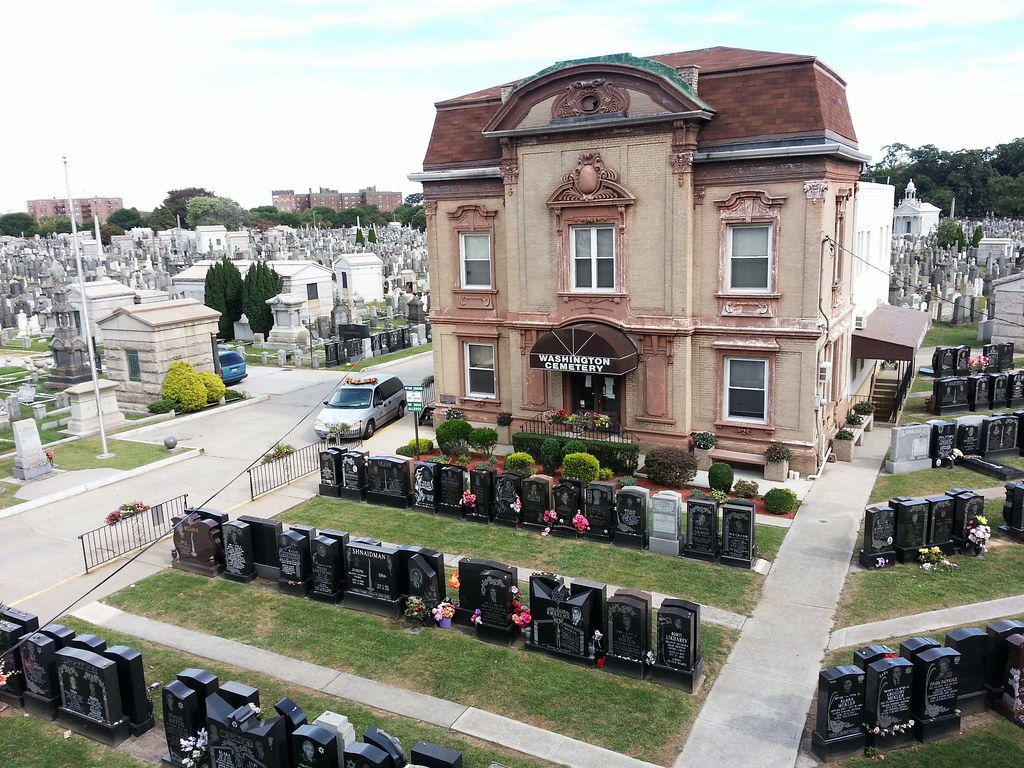 This almost entirely Jewish cemetery was founded by James Arlington Bennet, a member (though apparently not a sincere one) of the Mormon Church who was asked by Joseph Smith to be his running mate in the presidential election of 1844. But Bennet, a "wily Easterner", "saw the futility of that campaign and claimed to be constitutionally ineligible by reason of foreign birth. Believing that no one would buy books by an American author, Bennet had posed as Irish-born to further sales of his manual on bookkeeping even though his parents immigrated to America before his birth."

In 1887, the Brooklyn Daily Eagle recalled some more colorful details about the man:

His name was James Arlington Bennet, and he was always proud of the fact that there was only one "t" in his name, saying that all those with two of those consonants at the end of their name were Irish and informers. [The monument marking Bennet's grave here at the cemetery reads "BENNETT".] . . . Mr. Bennet always had an idea that he was an inventor, and to prove that his idea was correct he invented and made a pair of wings which, he said, if placed upon any one's shoulders would enable him to fly when and where he pleased. The villagers did not seem to have faith in the wing business, for none of them gave any signs of being willing to test the invention, so the old man became angry and went over to Castle Garden where he employed a native of Erin, ostensibly to work on a farm, but in reality to become famous by proving that the invention was a success. The stranger was not long enough in the village to become acquainted or get acclimatized before Mr. Bennet took him to the top of the cemetery office, where he fixed the wings to the shoulders of the new farm hand and said, "Fly or die," at the same time pointing a musket at the head of the Irish immigrant. Under such a condition of things the stranger thought it best to attempt to fly and he did so, but unfortunately in so doing he broke his neck.