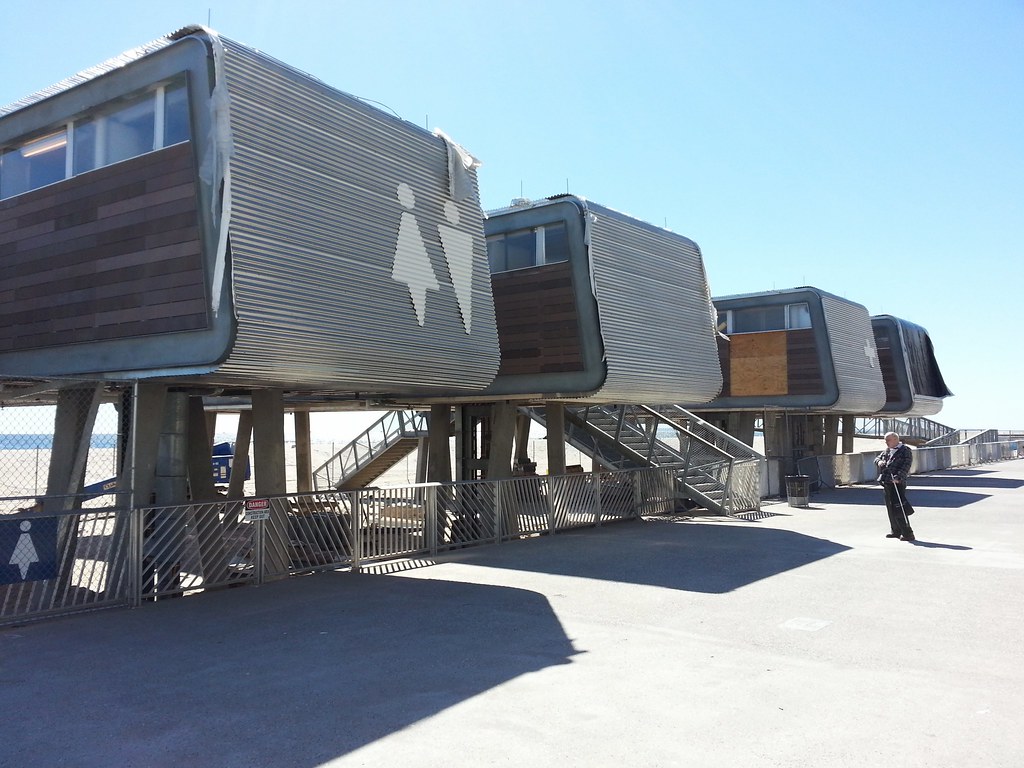 Modular shacks like these, primarily serving as bathrooms and lifeguard stations, were installed a few months ago in different locations along the city's beaches, replacing structures that were damaged or destroyed by Hurricane Sandy. They're a pretty impressive sight, at least until you start to notice the plywood panel, black tarp, and various unidentified dangling things. Some temporary materials were apparently used in order to hurriedly get the structures ready for summer, but the city plans to fix up the units during the off-season.

Day 214: Climbing and trampling not required