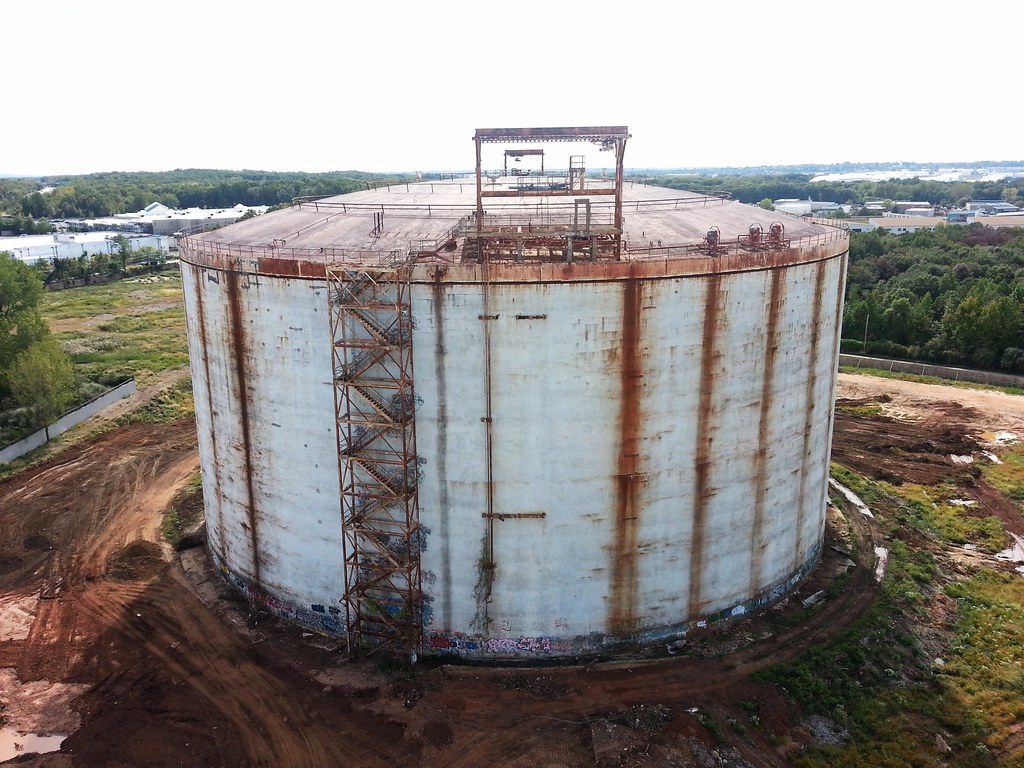 During the mid-1970s, two massive cylindrical tanks, built to hold liquefied natural gas, were constructed here in Rossville, Staten Island (aerial view). They were never filled, however, due to strong community opposition and the fear generated by the explosion of an (emptied) LNG tank on the northern part of the island that killed 40 workers in 1973.

So these two enormous structures, supposedly "designed to withstand the impact of a 747 jet airliner", have just stood here unused for almost four decades. Many animals found a home in the surrounding woods over the years, and a good number of people have made their way up to the tops of the tanks to take in the unique views of the city they provide (next photo). I remember being up here right after a big snowfall a few years ago and watching a small herd of deer moving together through the picturesque white landscape. Where else can you see something like that in New York City?

There have recently been plans afoot to demolish the tanks, which some people consider a "horrible blight". As you can see, the forest around them has already been bulldozed. Parts of the staircases have been torn down, and supposedly there are going to be or have already been tests conducted to determine what it will take to level the tanks.

I can't blame the property owner for wanting to do something more lucrative with the land, but anyone who thinks these tanks are a "horrible blight" has no imagination, in my opinion. They always looked magical to me, these rusting behemoths sprouting out of the woods, with deer and other wildlife running around. The first time I stood on top of them is a moment I'll never forget.

Anyway, here's to appreciating the tanks for what they are, for however much longer they're around!