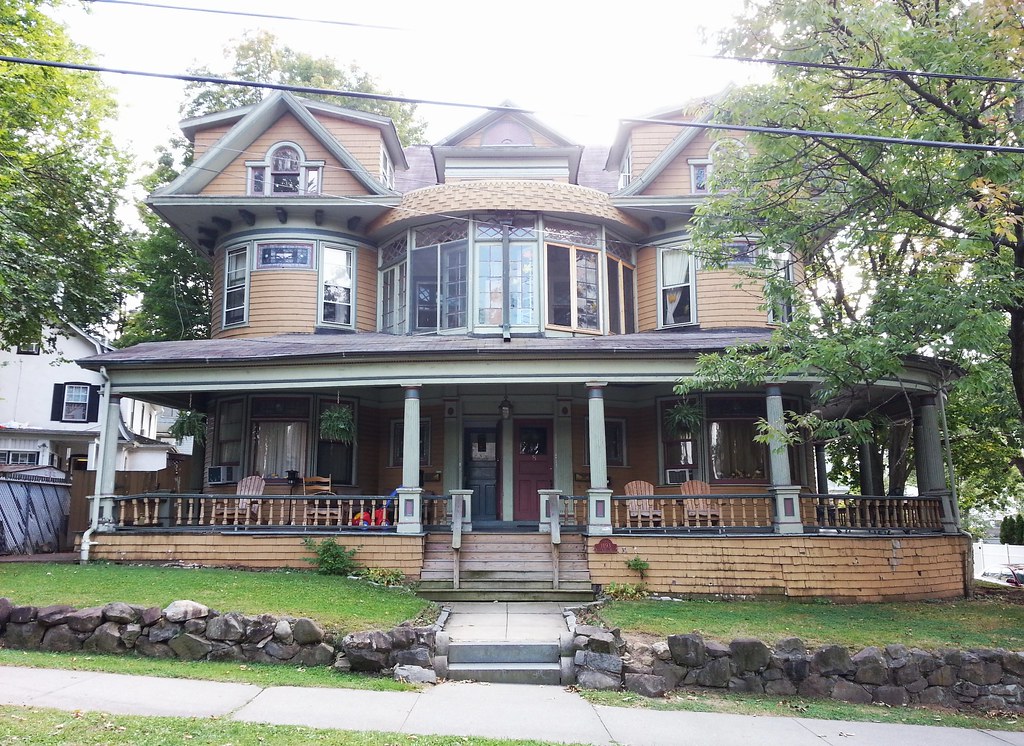 Built around 1893, this house was originally the residence of Isaac K. Funk (of Funk & Wagnalls).

The surrounding neighborhood, now called Westerleigh, was once known as Prohibition Park; it was developed as a summer retreat by the National Prohibition Party. Most of its streets are named for people and states that were prominent in the anti-alcohol movement (including Neal Dow, the "Napoleon of temperance"). I was with a few friends the first time I ever walked through the area; fittingly, we passed right by a guy pressing grapes in the driveway of his friend's garage winery!