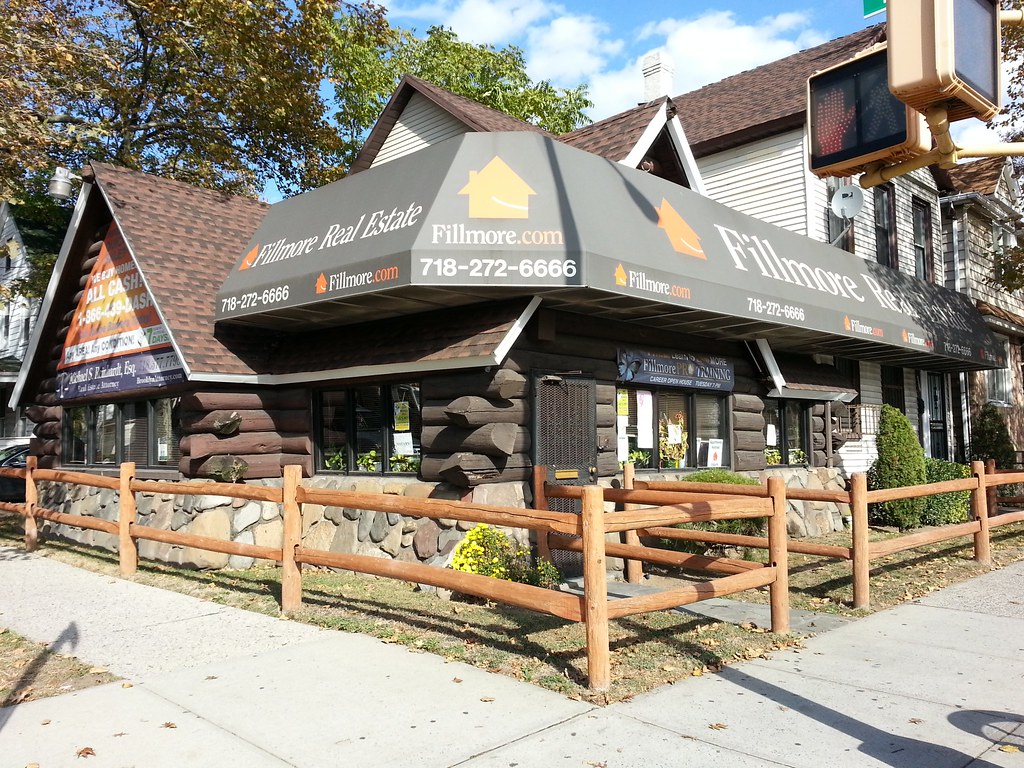 According to Forgotten New York, this structure was completed in 1939, originally served as an ice cream parlor, and is "NYC's one and only building constructed from crosstimbers." It was also thrice firebombed in 1991 after Fillmore Real Estate, under a court order, began showing homes to black and Hispanic customers.

UPDATE: Turns out there's at least one other log cabin in the city: 17 Vulcan Street in Staten Island.