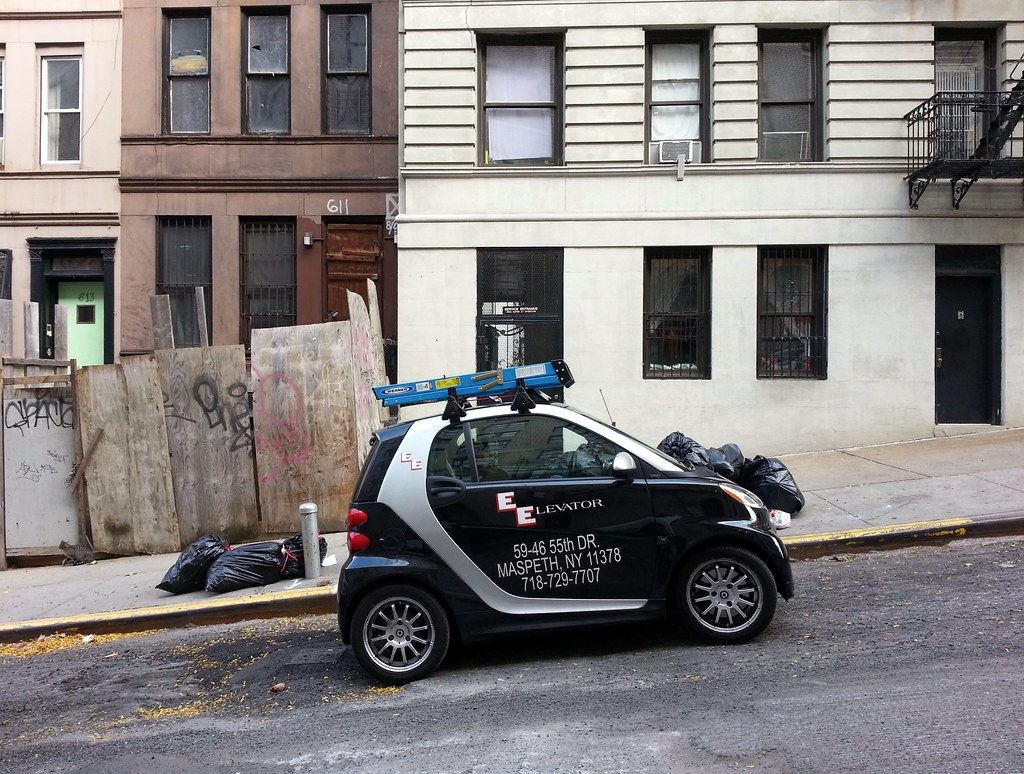 There's a guy inside the car taking a nap.

So that’s where you keep those 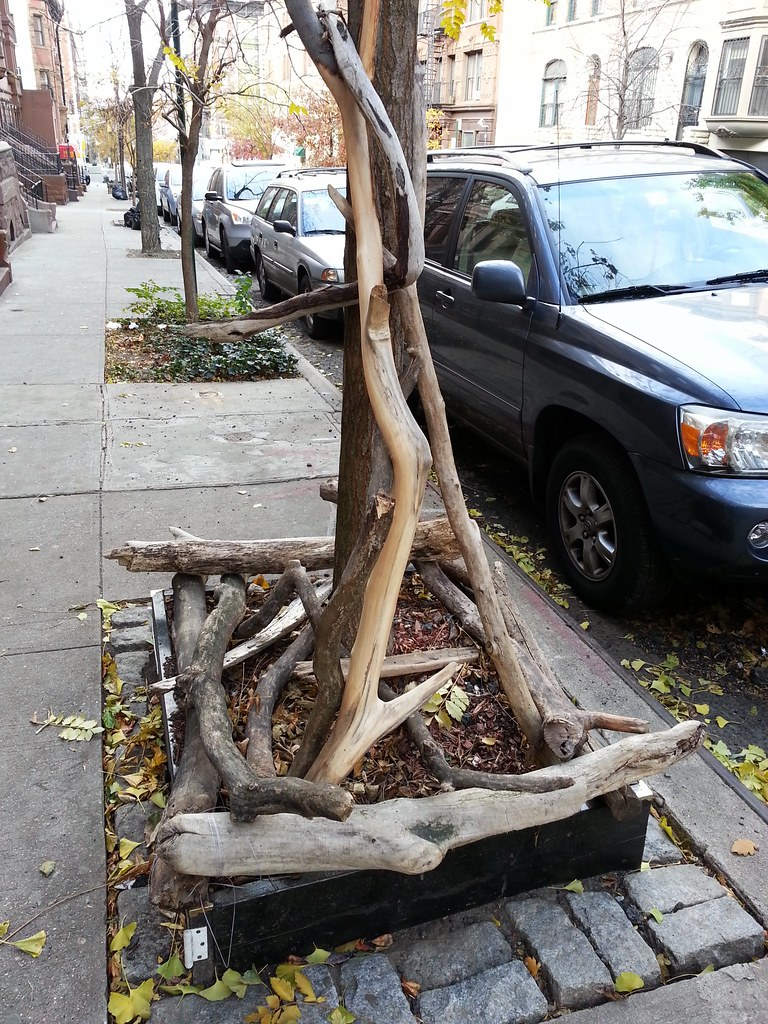 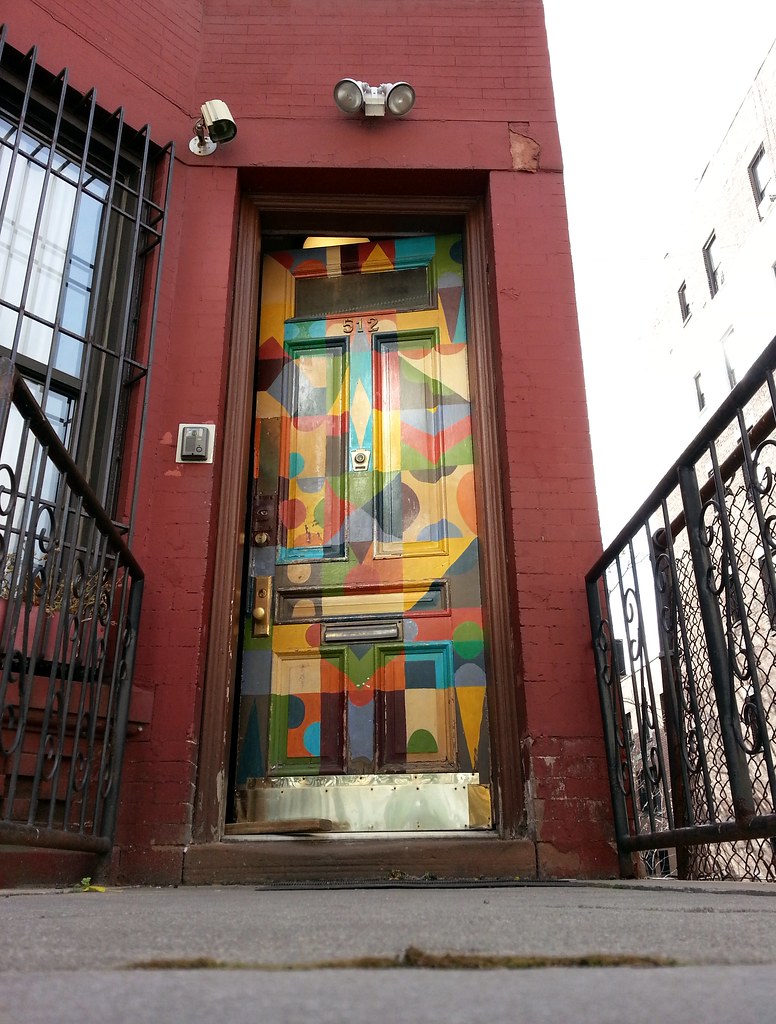 Check out the whole building. 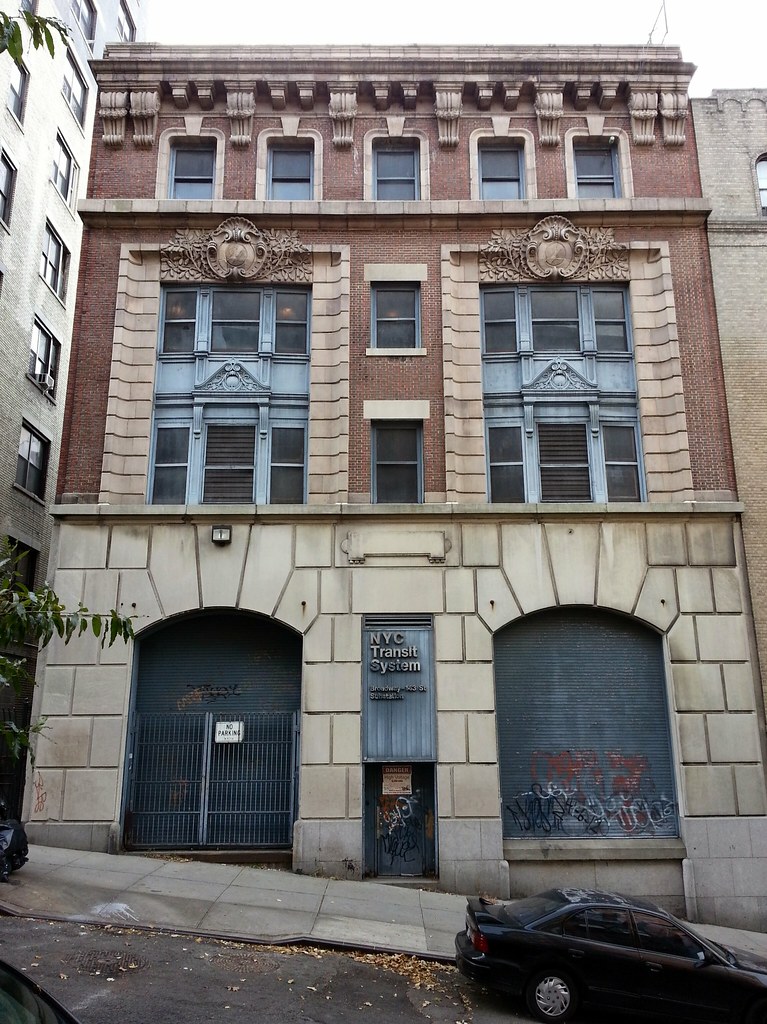 Here's a glimpse inside this old subway substation. 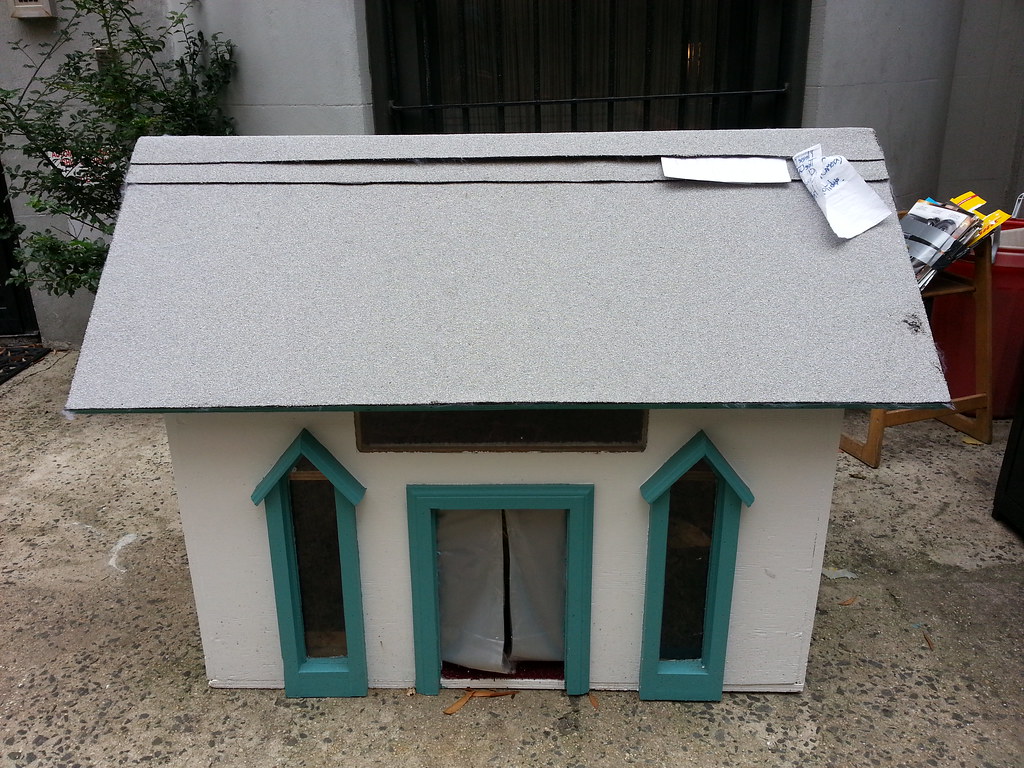 The one on the right reads:

Please Do not Bother The Cat House/Thanx!
(You are on Camera)
Happy Holidays. 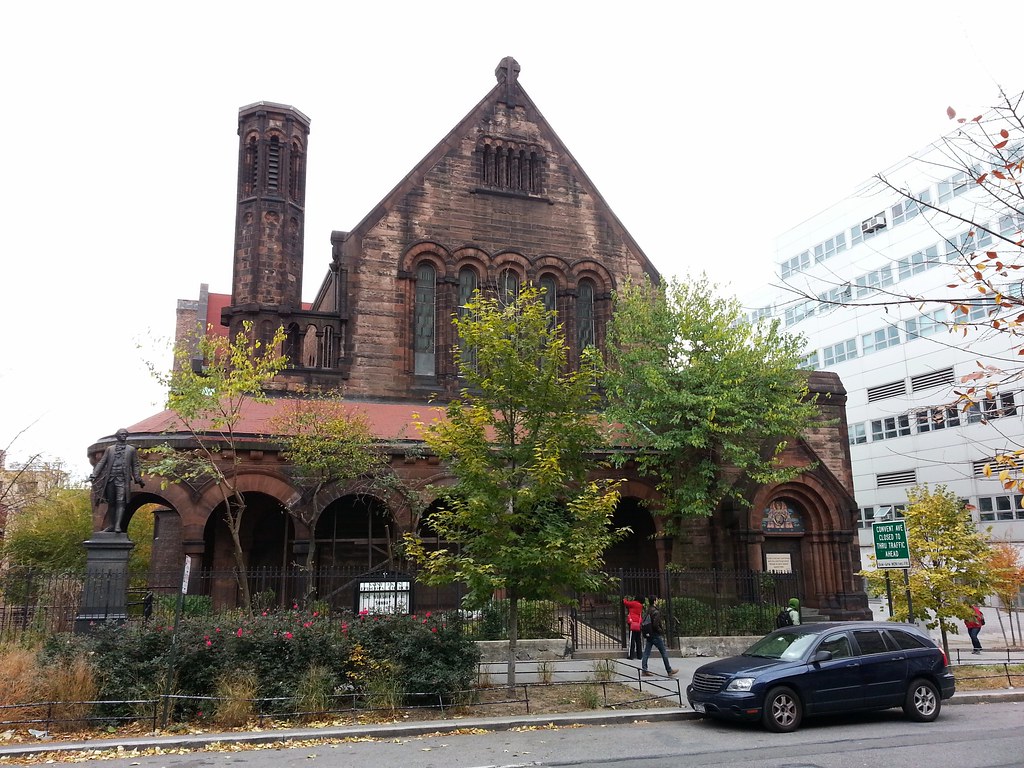 This church was completed in 1892; for the three years prior, the congregation had met in the Grange (Alexander Hamilton's old house), which St. Luke's had acquired and moved from its original location to a site just north (to the left) of the current church building. We recently learned that the Grange was moved again in 2008, from its cramped location beside the church to a more suitable spot in St. Nicholas Park. The statue of Hamilton at left (more info), which was moved here from the Hamilton Club in Brooklyn in 1936 when the club folded, now serves as a reminder of where the Grange once stood. 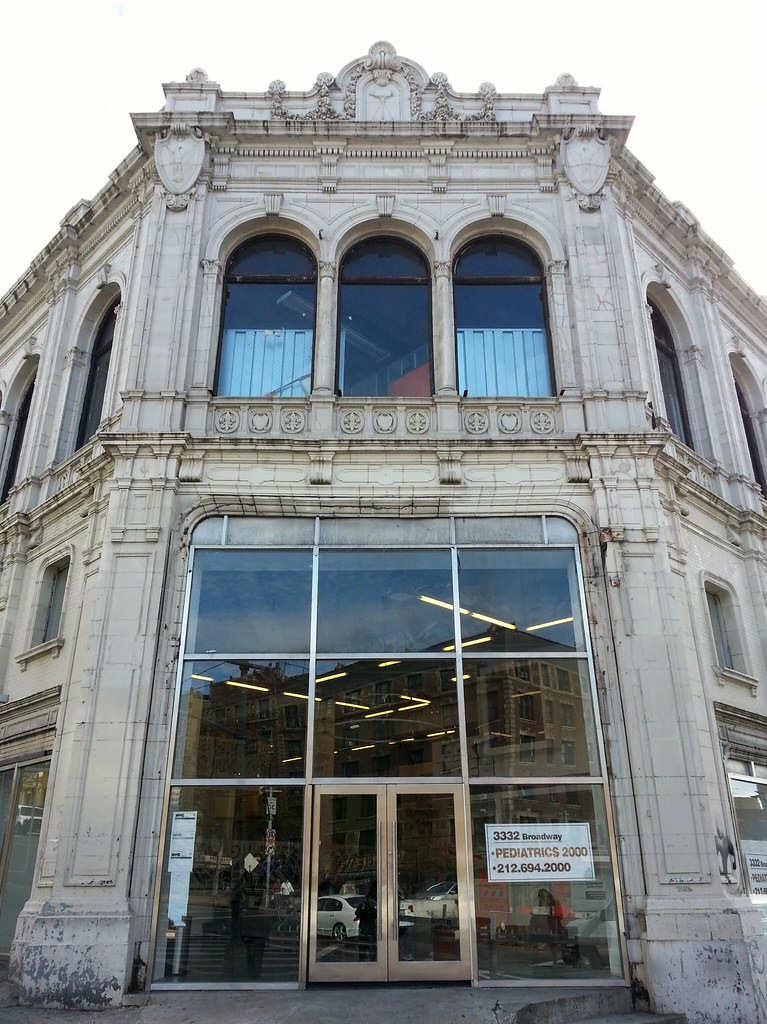 Opened in 1914 and designed by Gaetan Ajello, this former theater is "one of the oldest structures in New York City planned specifically to exhibit motion pictures". I love the old movie camera in relief at the top of the facade; you can see it more clearly if you zoom in. In 1915, Thomas Edison produced a short film featuring people exiting the theater, which you can watch here. The Claremont didn't quite last for two decades; by 1933, the building had been converted into an automobile showroom.

I am not a Garbage Can! 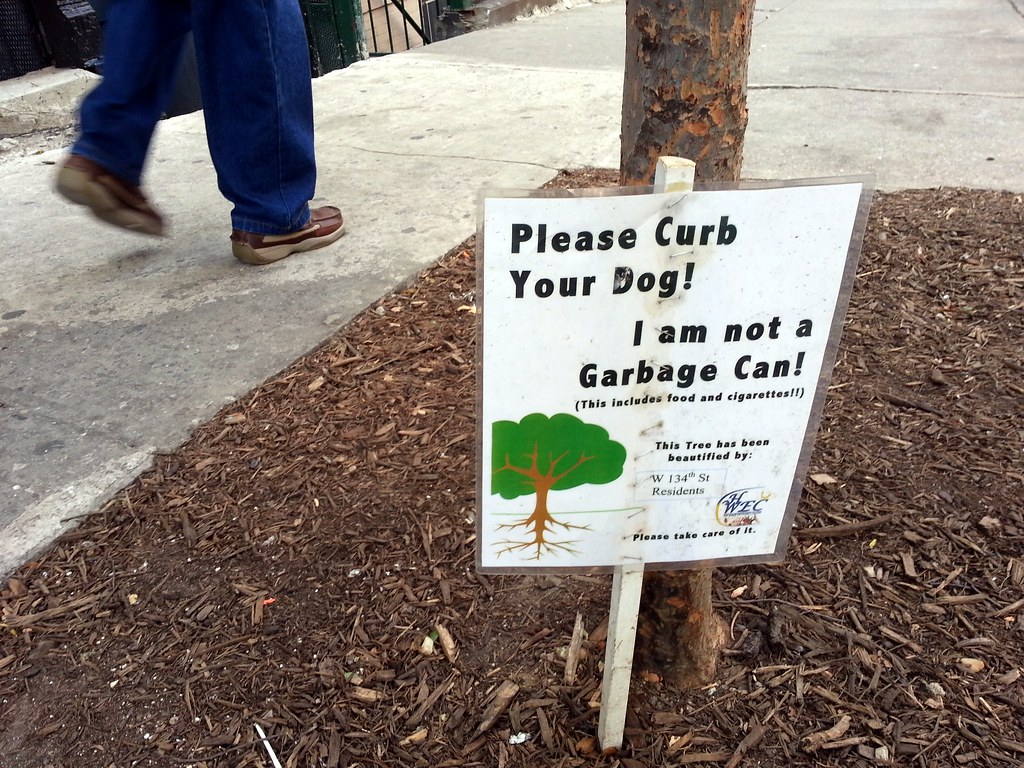 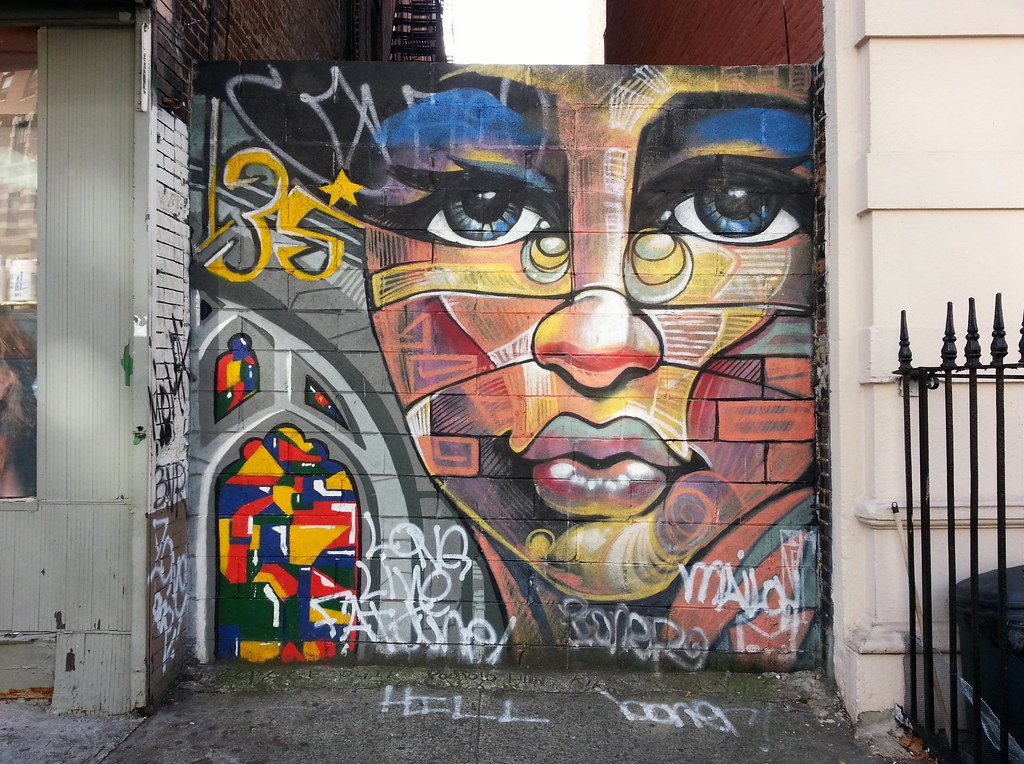 Gazing across the Hudson 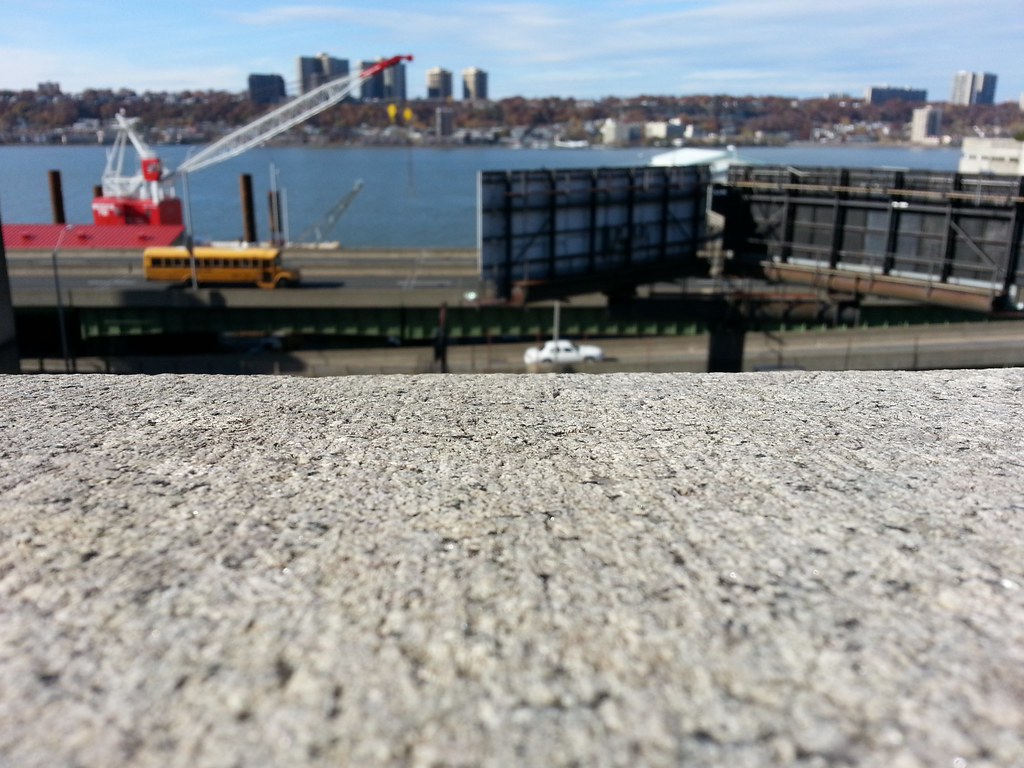 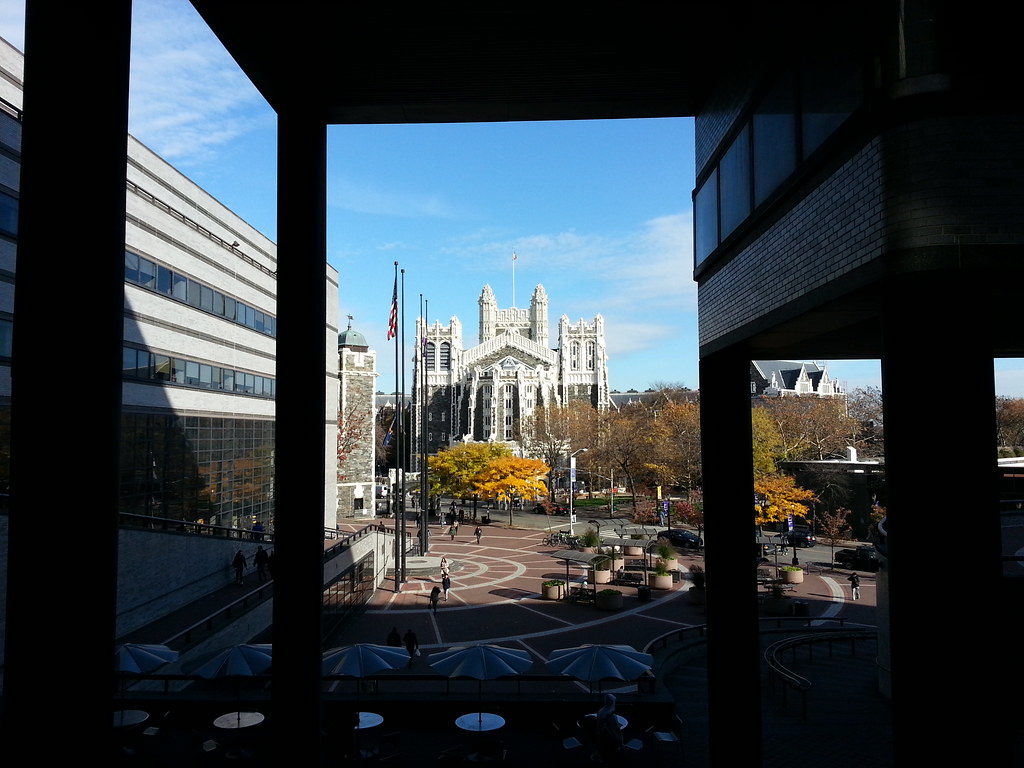 on the beautiful neo-Gothic campus of City College 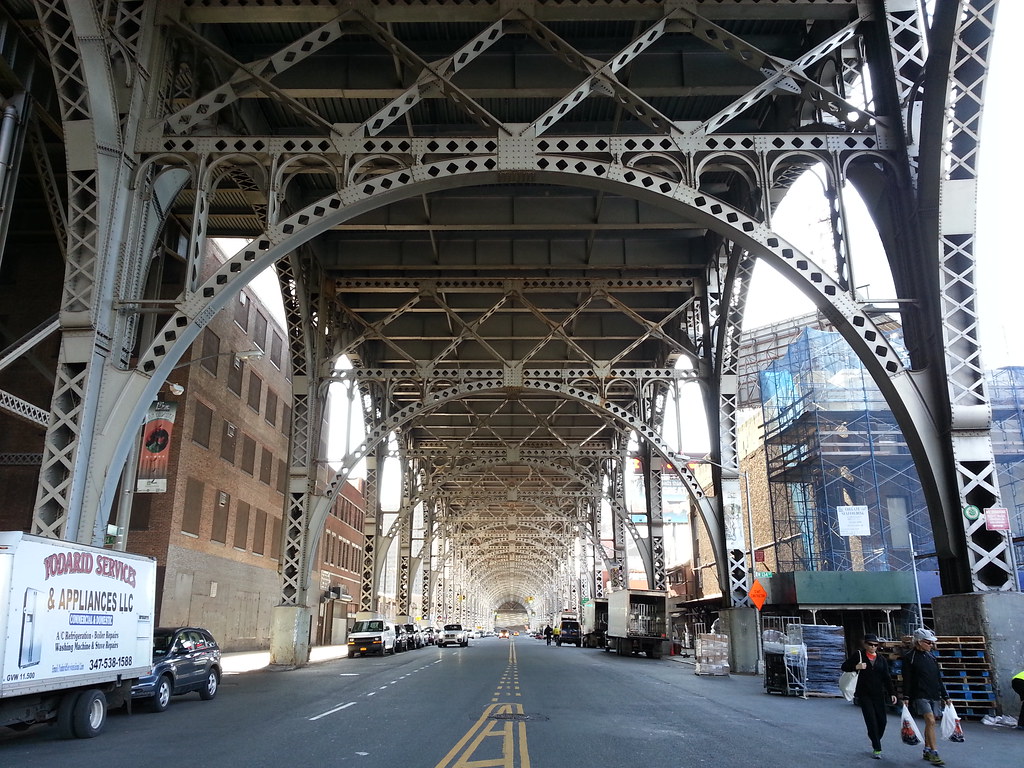 beneath the Riverside Drive viaduct 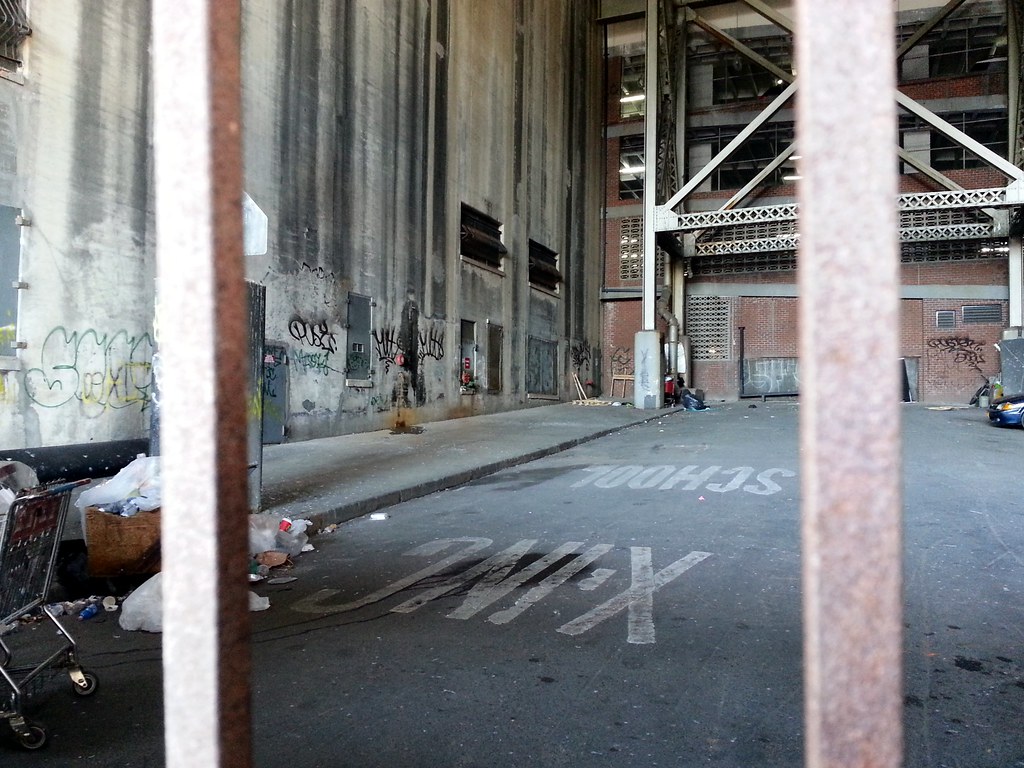 The Terence D. Tolbert Educational Complex may be located nearby, but it's hard to imagine many children running across this gated-off stub of a street beneath the Riverside Drive viaduct.

Car on roof with phone number 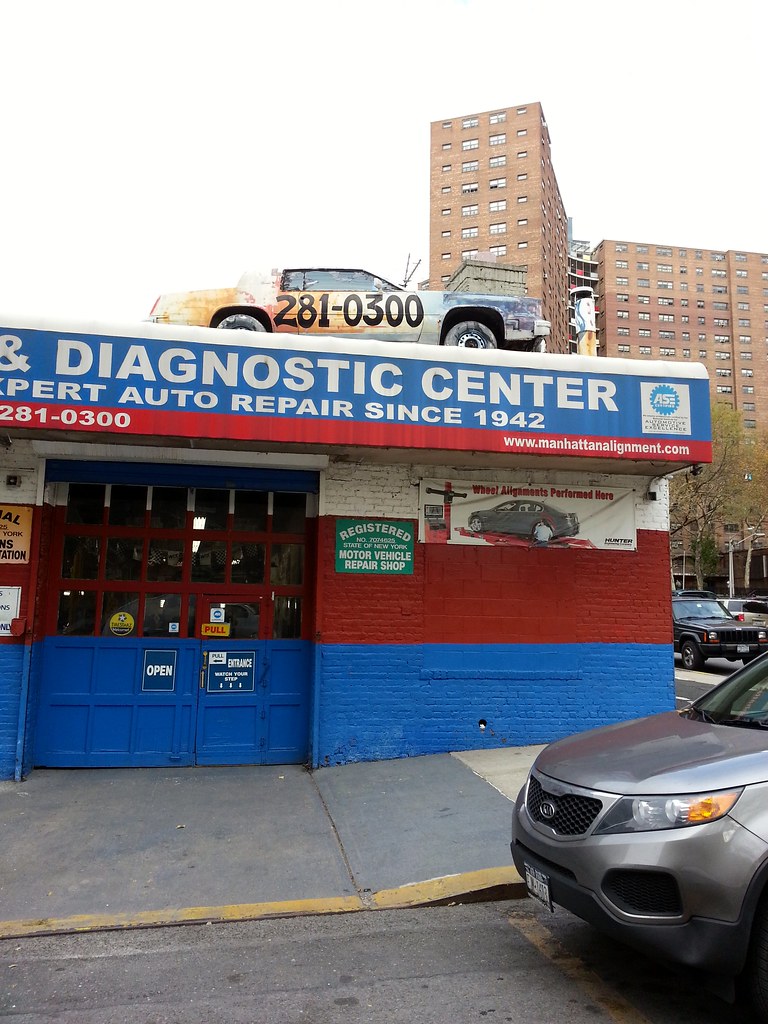 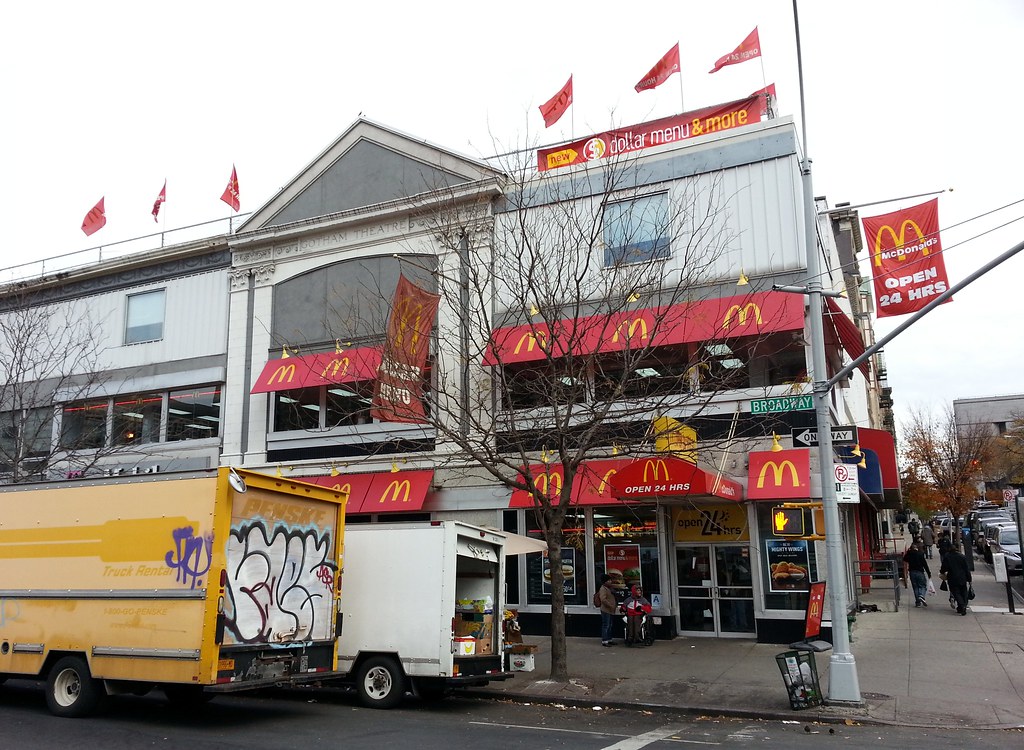 in the former Gotham Theatre 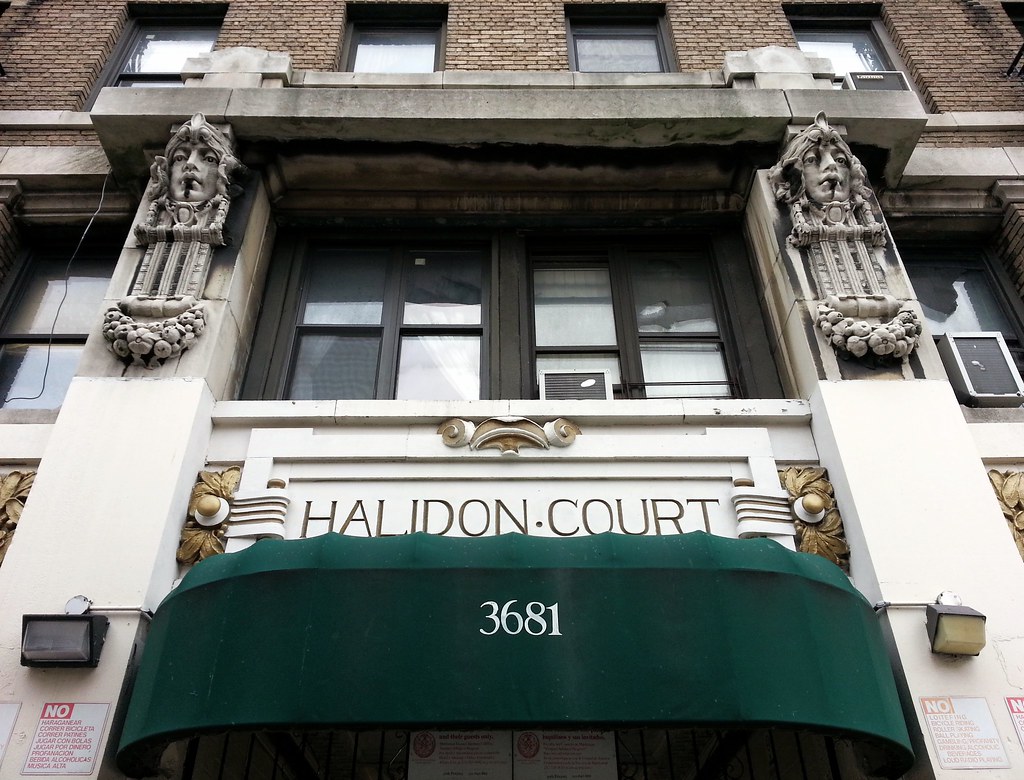 The face of Twin Donut 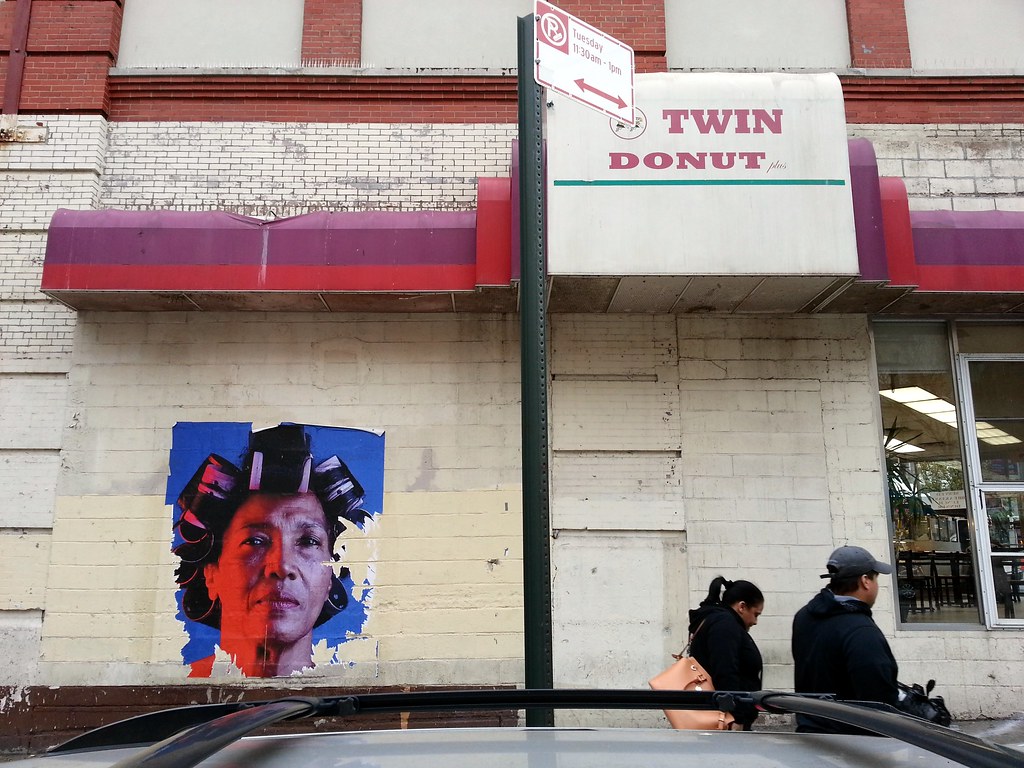 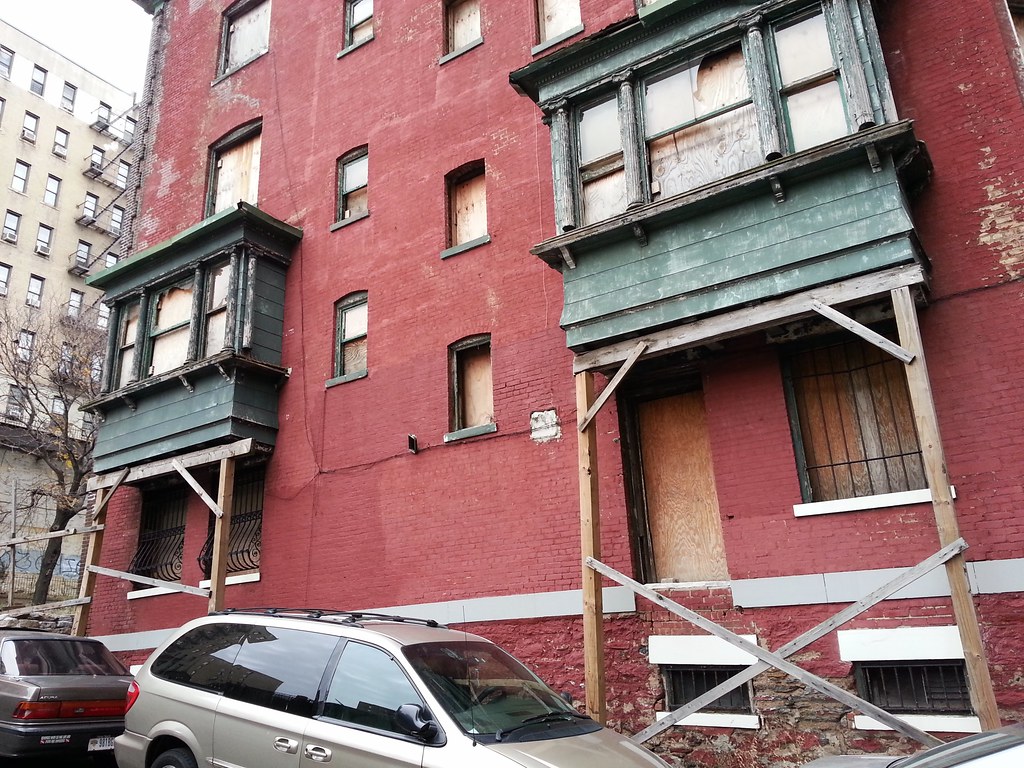 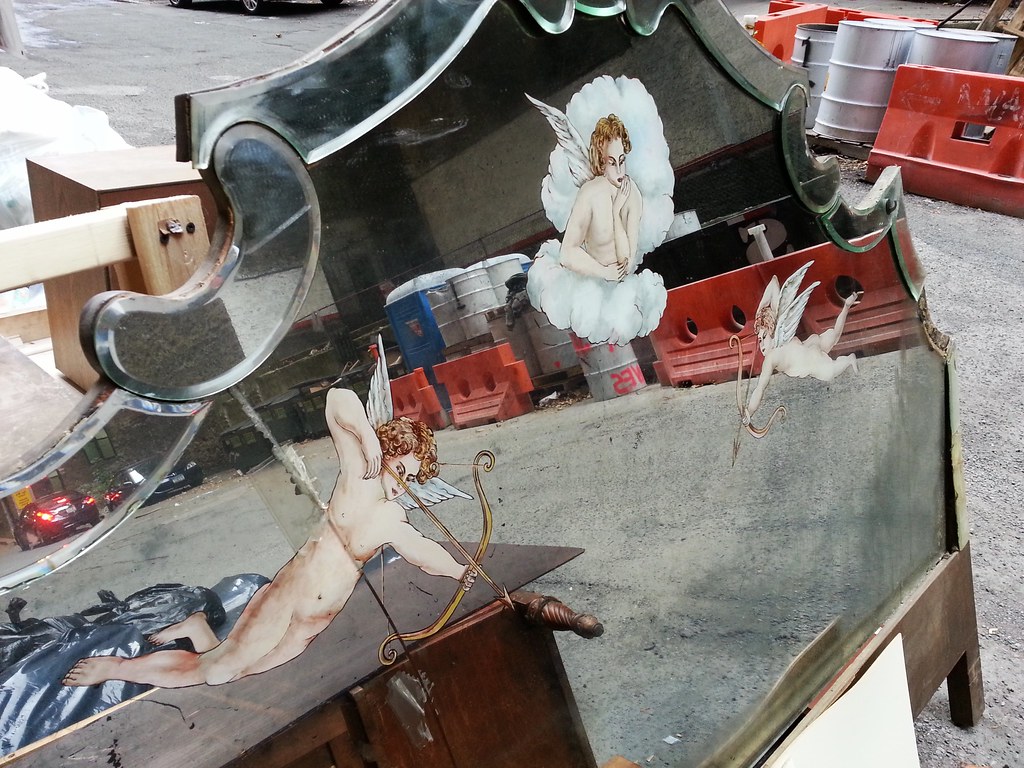 Tossed out on the curb 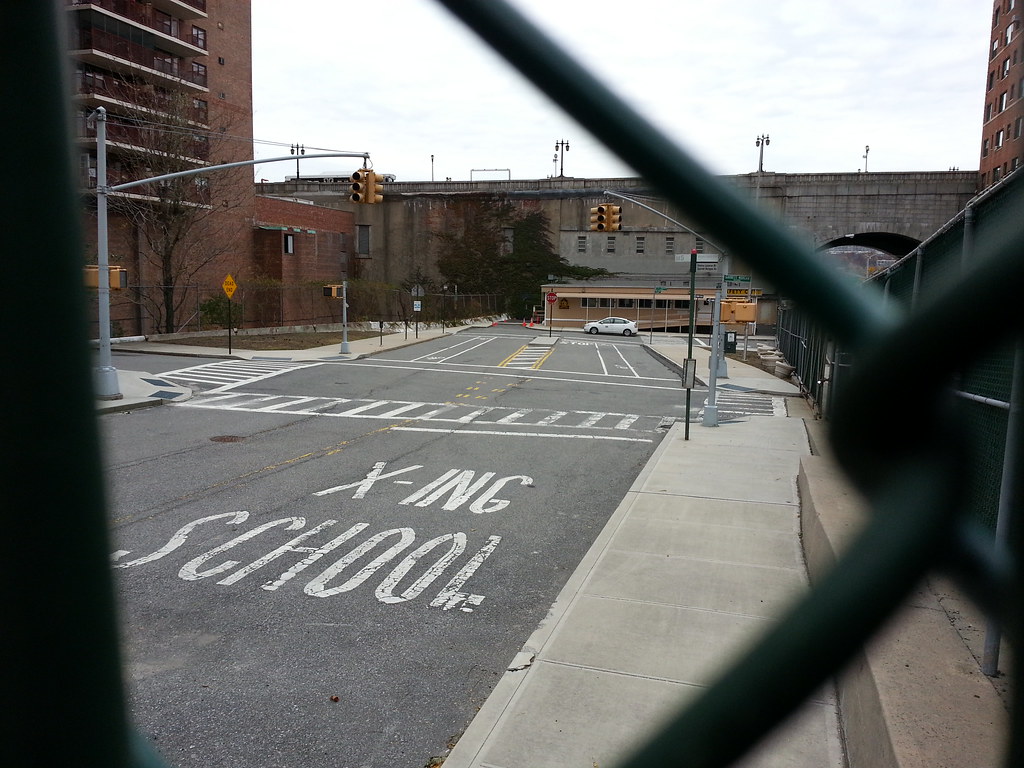 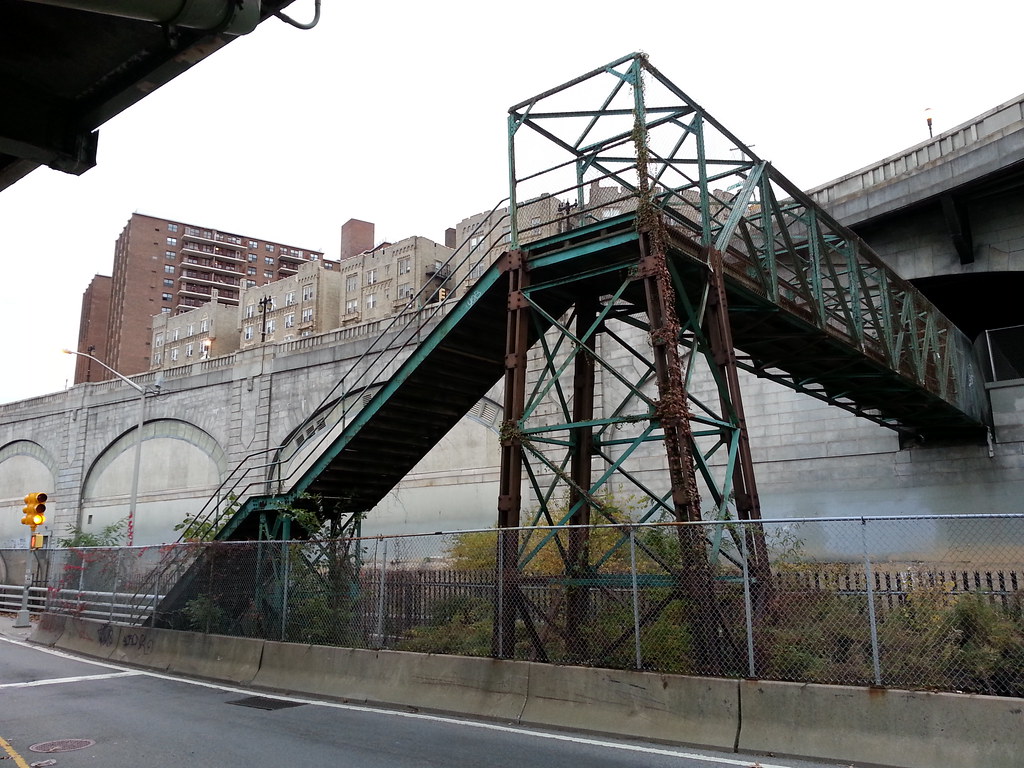 This little bridge, which passes beneath Riverside Drive to connect the street grid to the Hudson River Greenway and the northern end of Riverside Park, was named a "Location of the Month" in December 2005 by the Mayor's Office of Film, Theatre and Broadcasting.