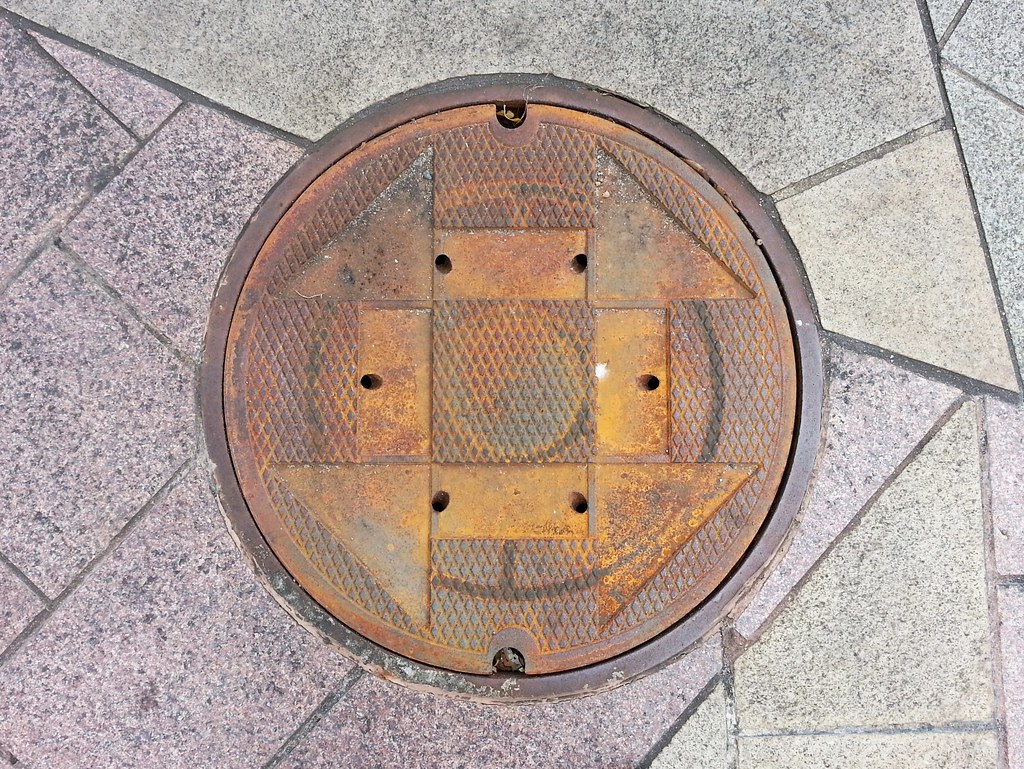 This unusual-looking manhole cover echoes one of the patterns of the large granite quilt that underlies most of the Frederick Douglass Memorial. The quilt's inclusion in the design was based on the appealing but unfounded theory that these patterns were used to embed hidden messages in what looked like ordinary quilts, allowing important information to be surreptitiously conveyed to fugitive slaves on the Underground Railroad. The memorial was originally going to include two plaques discussing this secret code, but an uproar among historians led the city to scratch that idea. (I'm pretty sure it got scratched, anyway. I didn't see any such plaques, and the Parks Department's page about the memorial says nothing about the code.)

Day 372: Yet another evicted TV