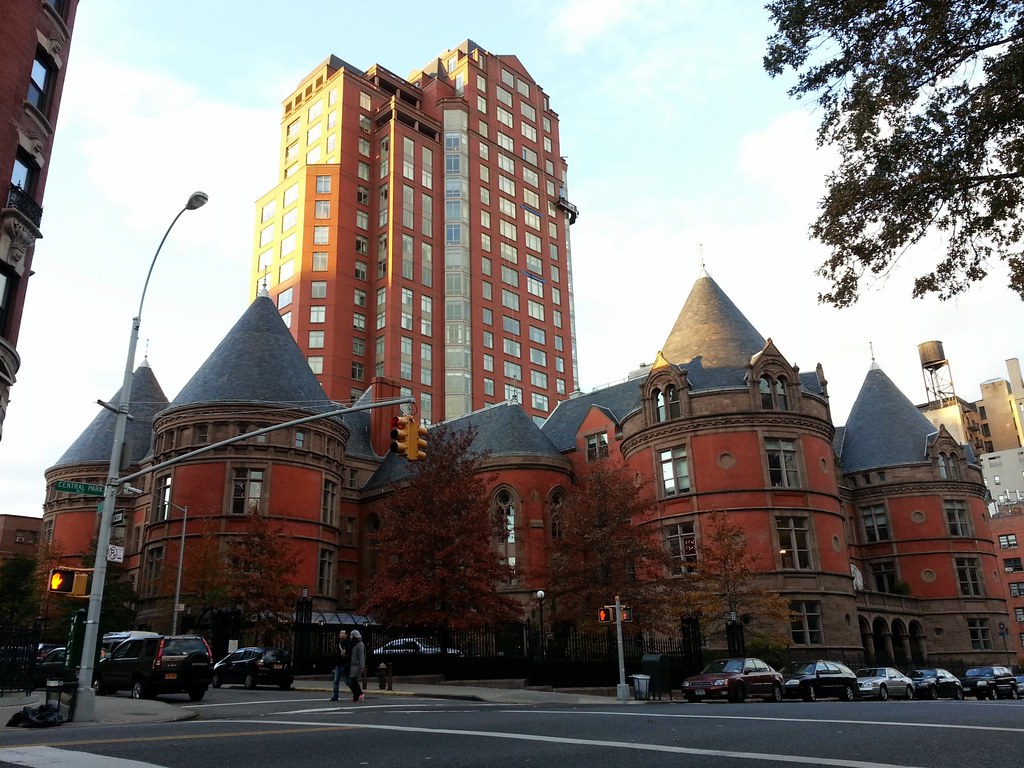 Built between 1884 and 1890, this was the first hospital in the US to focus exclusively on the treatment of cancer patients. Regarding the picturesque architecture: "Inspired as much by modern medical theory as by 16th-century French chateaux, the architect Charles Haight's round towers were designed to deter germs and dirt from accumulating in sharp corners."

In the late 1930s, the hospital moved to East 68th Street, where it has since grown into the renowned Memorial Sloan-Kettering Cancer Center. A nursing home that later took over the old hospital complex finally closed in 1974 amid accusations of Medicaid fraud and patient abuse, and the building sat vacant for the next three decades before being converted into condos in the mid-2000s. (The residential tower rising in the background was also constructed as part of that project.) Check out these amazing photos of the apartment that was built in the former chapel of the hospital, visible above in the center of the complex.