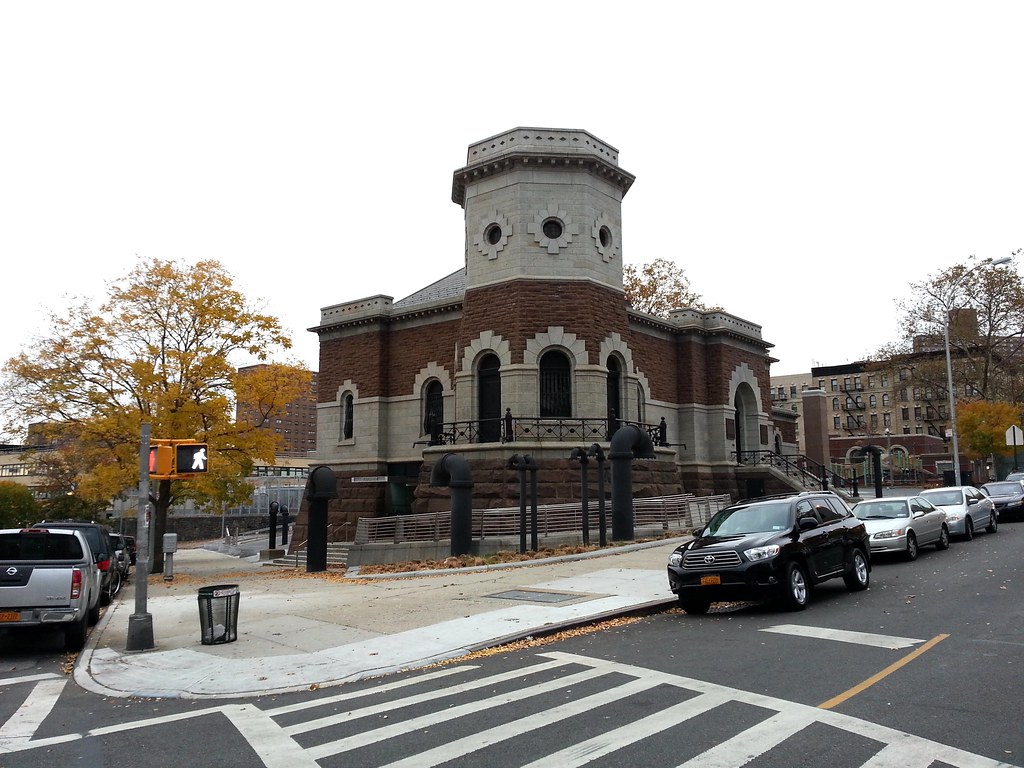 Completed in 1890, this structure ("an unlikely fantasy in the middle of a colossal project of utilitarian engineering") was built atop the connection between the New Croton Aqueduct and the now-defunct Old Croton Aqueduct. The building sat vacant for over two decades after the city began rerouting the water supply lines around it in 1984, but it was put back into use in 2006 — as a 192-seat performance space.