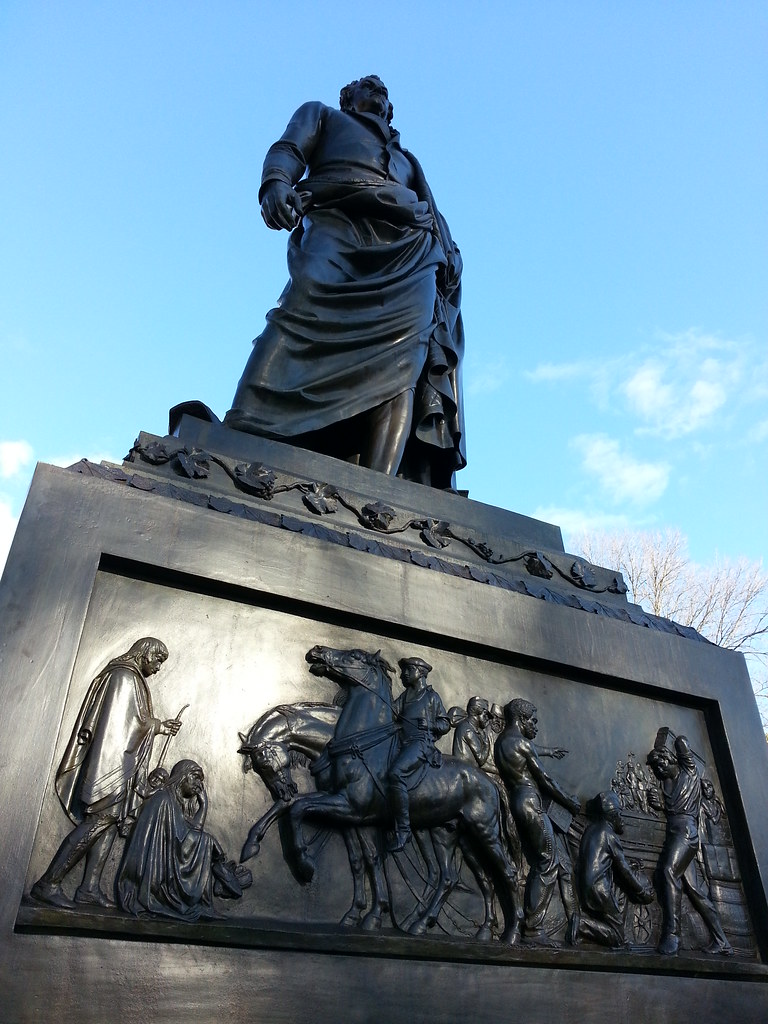 DeWitt Clinton, a former US senator, NYC mayor, and New York governor, is probably best remembered as the driving force behind the creation of the Erie Canal. He was buried elsewhere after his death in 1828, but Green-Wood, which was struggling in the early years after its 1838 founding (the idea of large rural cemeteries apparently hadn't yet caught on with the public), convinced his son to reinter him here in the 1840s in the hope of bringing prestige to the cemetery and portraying it as a desirable place to be buried.

The monument above was dedicated in 1853, featuring a large statue of Clinton (the "second oldest surviving heroic bronze cast in America") wearing both 19th-century garb and a Roman toga, as well as two scenes sculpted in relief on the plinth. The scene on the opposite side (close-up) illustrates what I assume is the construction of the Erie Canal. I'm not sure what the relief above (close-up) is supposed to depict, however. At first, I thought those horses might be towing the ship in the background through the canal, but all the other figures gathered around them make that seem unlikely. And the family on the left is particularly perplexing — what's with the shoes?