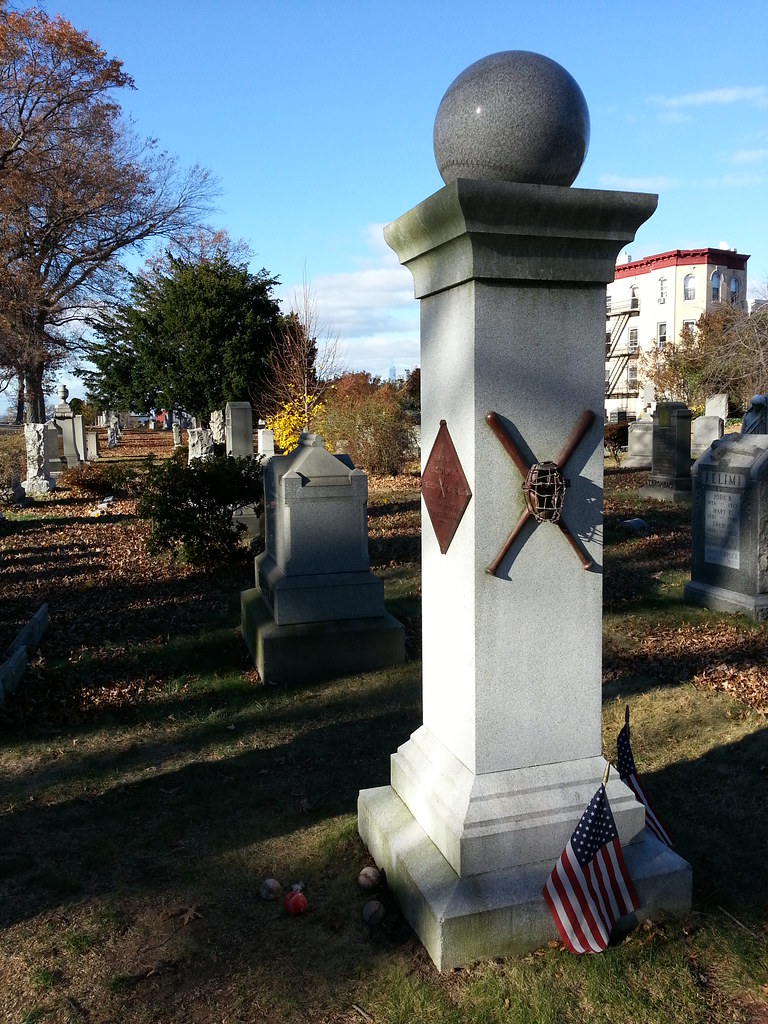 The "Father of Baseball" is one of four men known by that title buried here in Green-Wood, which the NY Times called "the final resting place not only for a Who's Who of baseball heroes and dignitaries of the 19th century but also for dozens of other trailblazers of the sport." Mr. Chadwick's monument apparently had some basepaths running around it not too long ago.