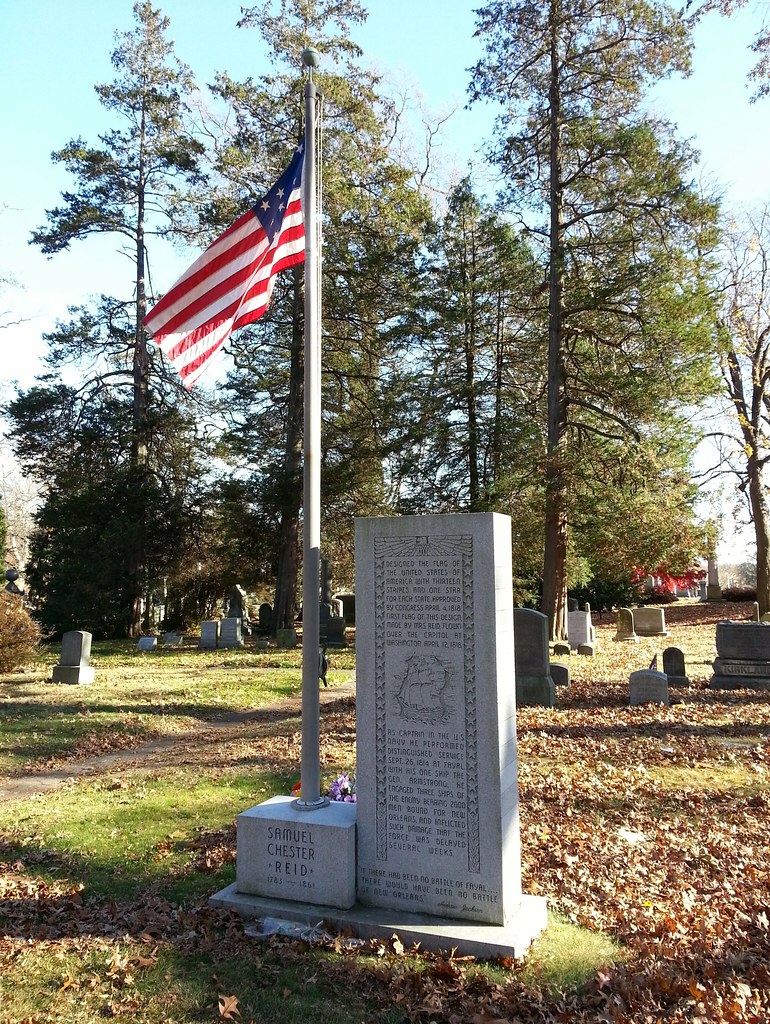 Samuel Chester Reid, a naval hero in the War of 1812, was "a principal actor" in the 1818 redesign of the American flag and in establishing the template for all future flags: thirteen stripes (one for each of the original states), along with one star for each current state. The 20-star flag he designed in 1818, one of which (sewn by his wife, according to his gravestone) was flown over the Capitol for at least part of that year, had its stars arranged in the shape of a larger star (a "great luminary"). Later in 1818, the Navy dictated that US flags flown on its ships and at its installations would have their stars laid out symmetrically in even rows; it's one of these 20-star flags that can be seen flying over Captain Reid's grave here in Green-Wood.