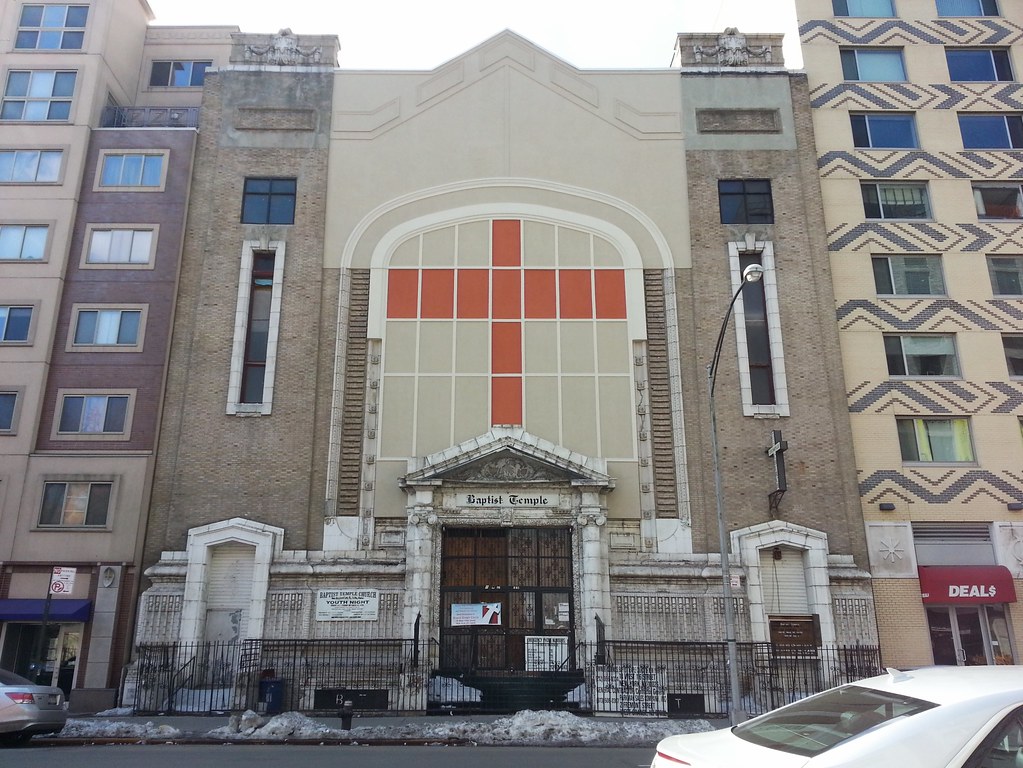 Built in 1906, today's Baptist Temple was originally home to Congregation Ohab Zedek (photo), which in 1912 "thrilled worshipers" by hiring the renowned European cantor Yossele Rosenblatt. (Last year we passed by Congregation Anshe Sfard, where Mr. Rosenblatt was later employed.) The following "classic Rosenblatt shtick" shows the great regard in which the famed tenor (a few of whose recordings you can listen to here) was held:

A young cantor billed himself as "The Third Yossele Rosenblatt."

"And who," he was asked, "was the Second Yossele Rosenblatt?"

"Feh!" he replied in disgust, "Everyone knows there could be no Second Yossele Rosenblatt!"

In 2009, concerns about the building's structural stability led to part of its facade and roof being torn down. Google Maps has a cool new feature that allows you to see all the Street View images taken at a certain place over time; you can use it here to see what the Baptist Temple looked like before its partial demolition and during its subsequent reconstruction.