Sometimes they still make ’em like they used to 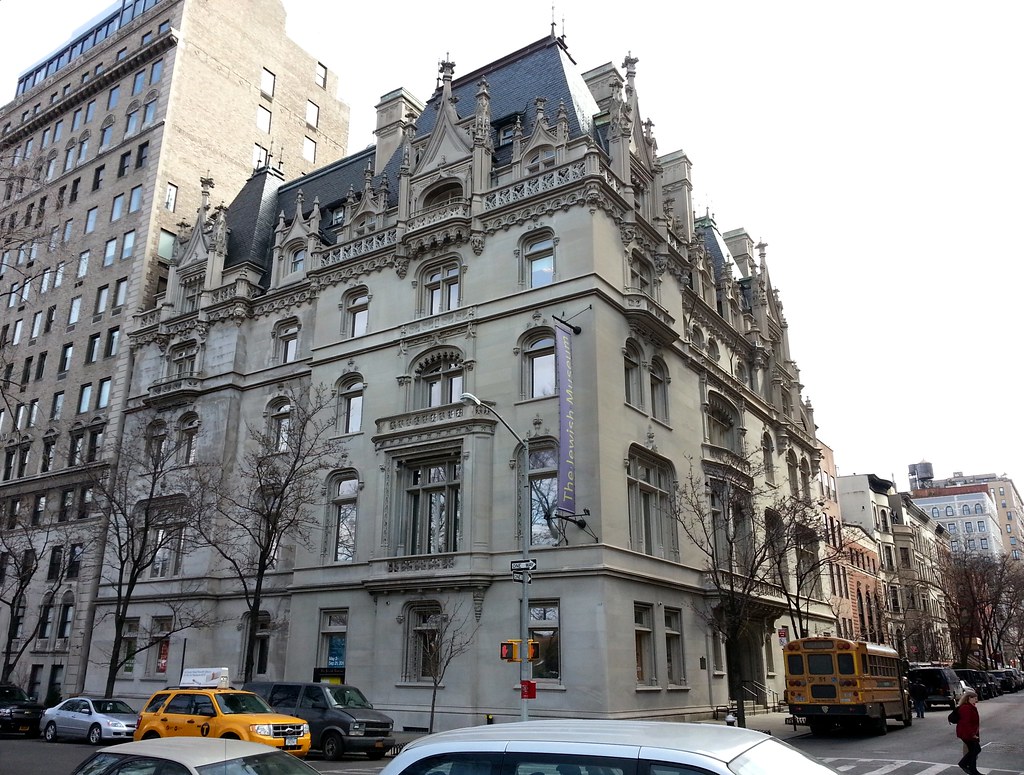 Now home to the Jewish Museum, this is the 1908 Warburg mansion, one of the few survivors from a time when an "astonishing panoply of millionaires' mansions" lined the east side of Fifth Avenue, facing Central Park.

Well, to be more precise, the right half of the building is the 1908 Warburg mansion (photo). The almost identical left half, believe it or not, was constructed in the early 1990s as an addition to the museum. (As you can see, there is one visual giveaway that something's different about the left half: the newer limestone doesn't appear to be weathering so well. I've read that the ornamental features of the addition were carved from stone taken from the same quarry that was used for the original building, but I don't know if that applies to the rest of the new facade as well.)