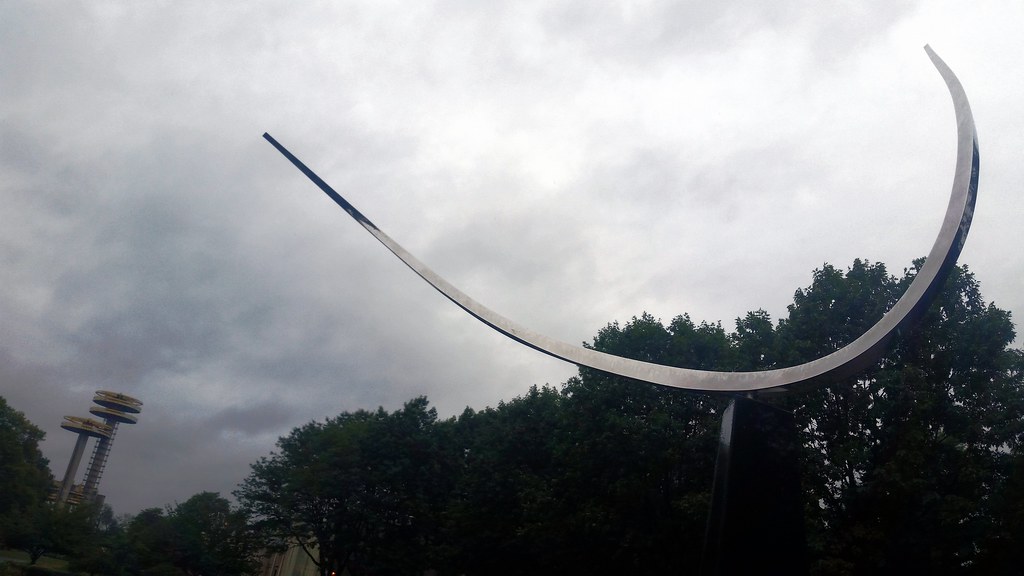 This formerly kinetic sculpture was created by Jose de Rivera for the 1964-65 World’s Fair here in Flushing Meadows Park. It originally rotated about its pedestal, providing viewers with an ever-changing perspective on the piece. According to the Parks Department, its motor was replaced in 1992-93, but I don't know when it was last operational.