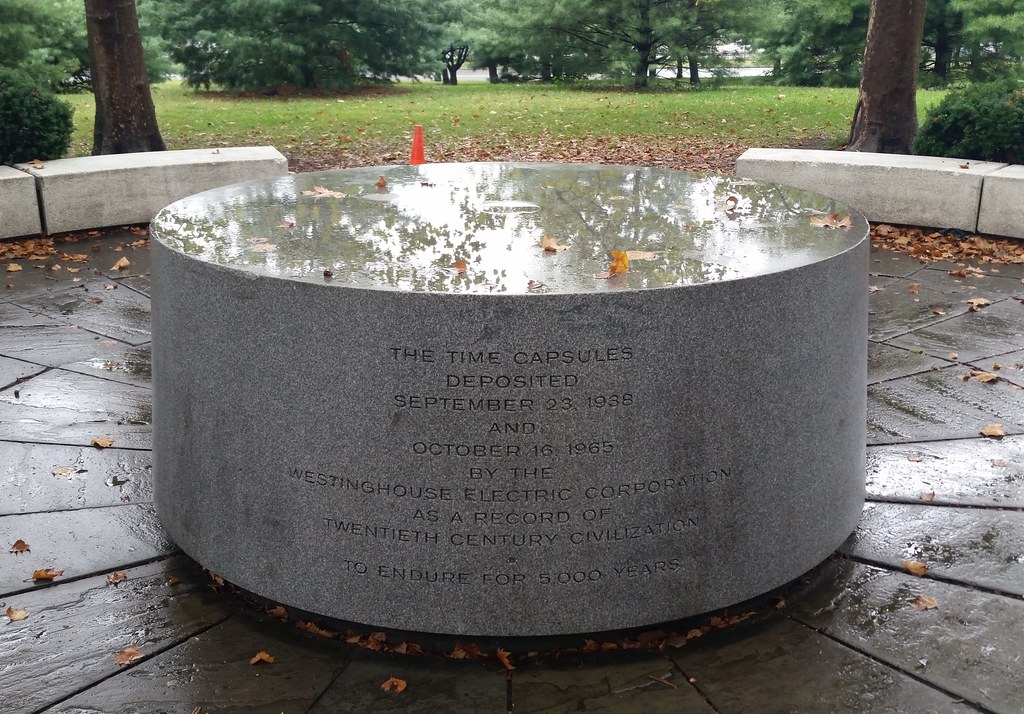 Two time capsules, one from each World's Fair held here in Flushing Meadows, are buried deep beneath this marker, to be opened after 5,000 years. 5,000 years! That's like two and a half Jesuses from now. How on earth is anyone at that time going to know where these things are and that they're due for an opening? According to a brochure from the 1964-65 fair:

Some day 5000 years hence in a monastery in Tibet, or perhaps in a library in Manhattan, a book will provide the key. The "Book of Record," printed on permanent paper with special ink, describes in exact terms the latitude and longitude of the burying place of the capsules. Some 3,000 copies of the "Book of Record" are in libraries, museums, monasteries and other safe repositories around the world. . . .

In a message to posterity, the book requests that its contents be translated into new languages as they supersede the old. Instructions for making and using instruments to locate the capsules electromagnetically are included in the "Book of Record." It also contains an ingenious key to the English language to aid archeologists of the future should knowledge of our present language be lost. . . .