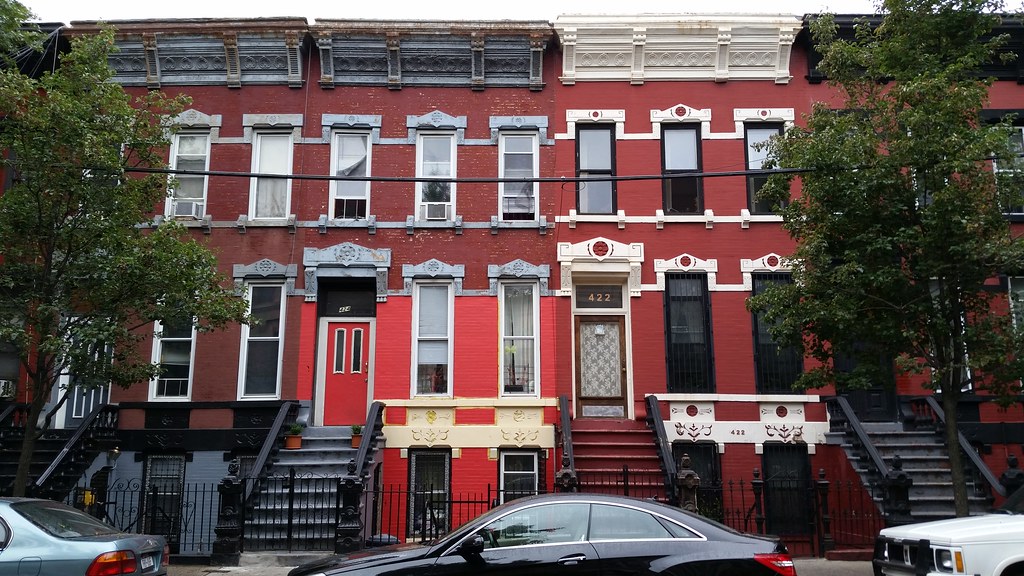 These houses on the south side of East 140th Street were built in 1889 and are part of the Mott Haven East Historic District. From the Landmarks Preservation Commission's designation report for the district:

Though common in Manhattan and Brooklyn, rowhouses from the nineteenth century are relatively rare in the Bronx.

Within the area of the district are three groups of single-family rowhouses . . . and two groups of tenements. Erected between 1889 and 1903, these buildings serve as a virtual catalogue of speculatively-built housing types common to the South Bronx building boom of the 1880s and '90s.