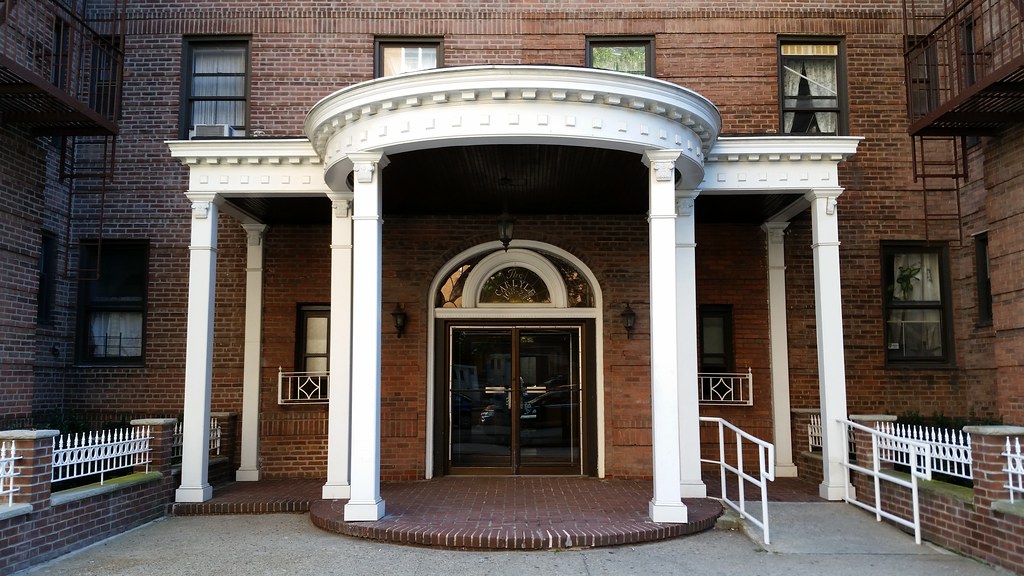 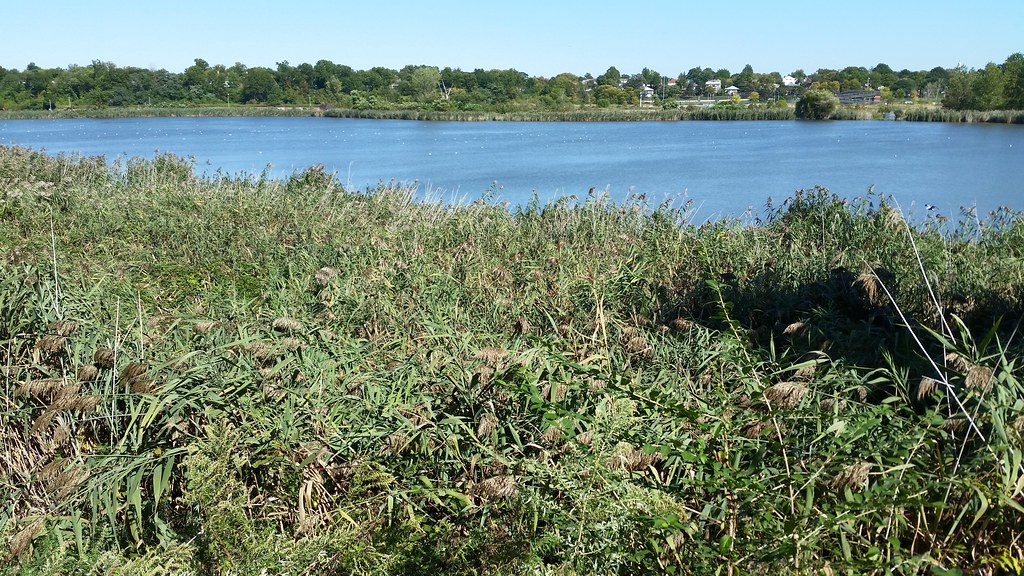 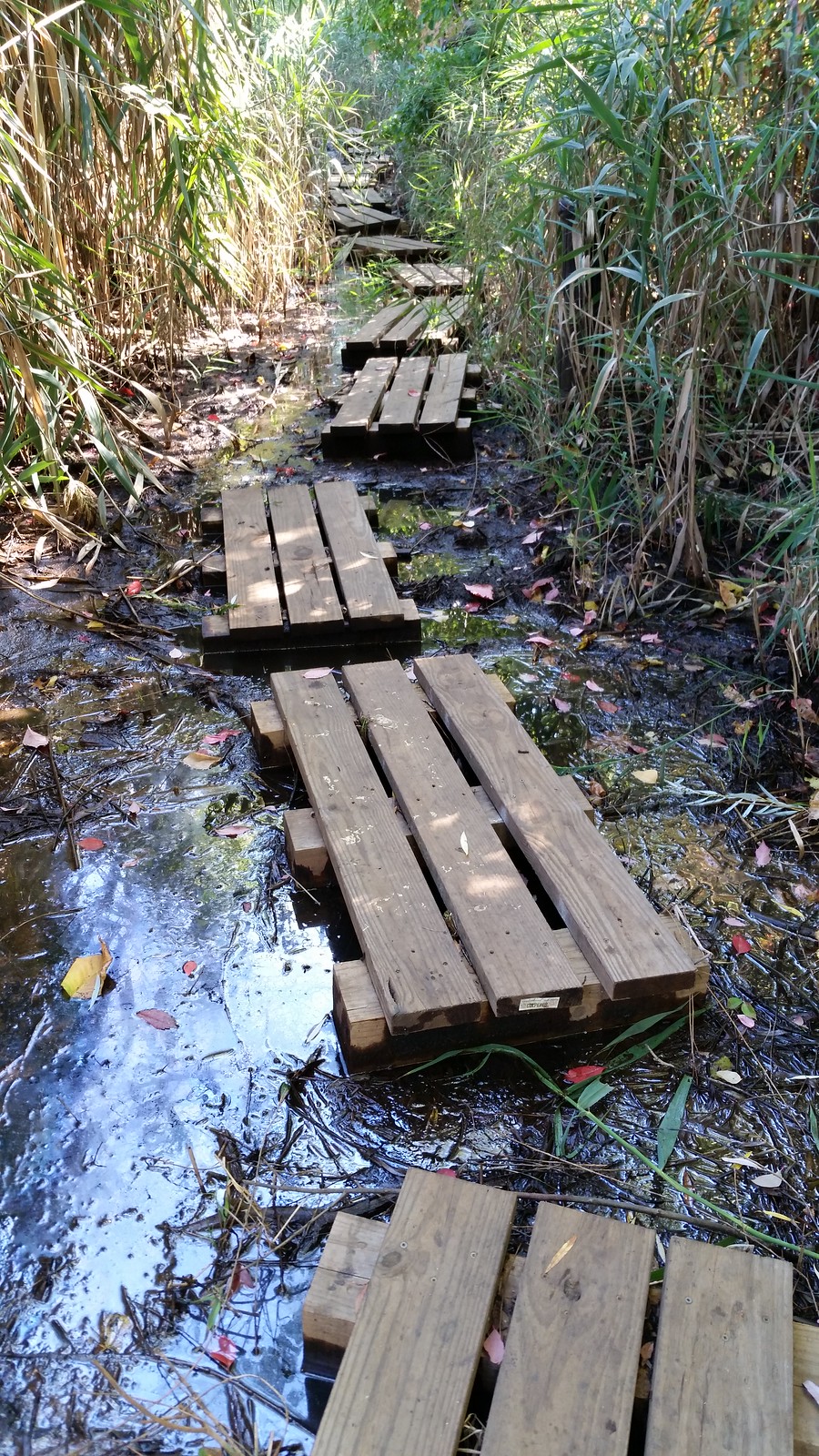 Since our last visit, the Parks Department has opened the Willow Lake Preserve to the public (though only on weekends). This oily mess is not the most impressive part of the preserve, but it did make for the best picture. 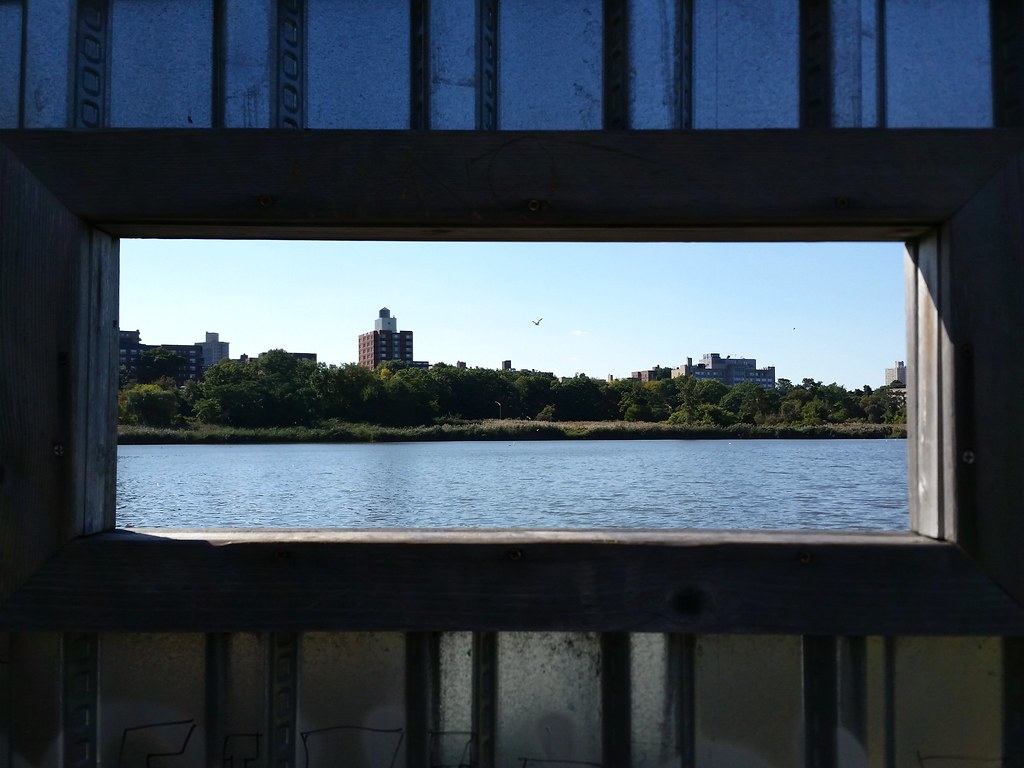 Meadow Lake also has one. 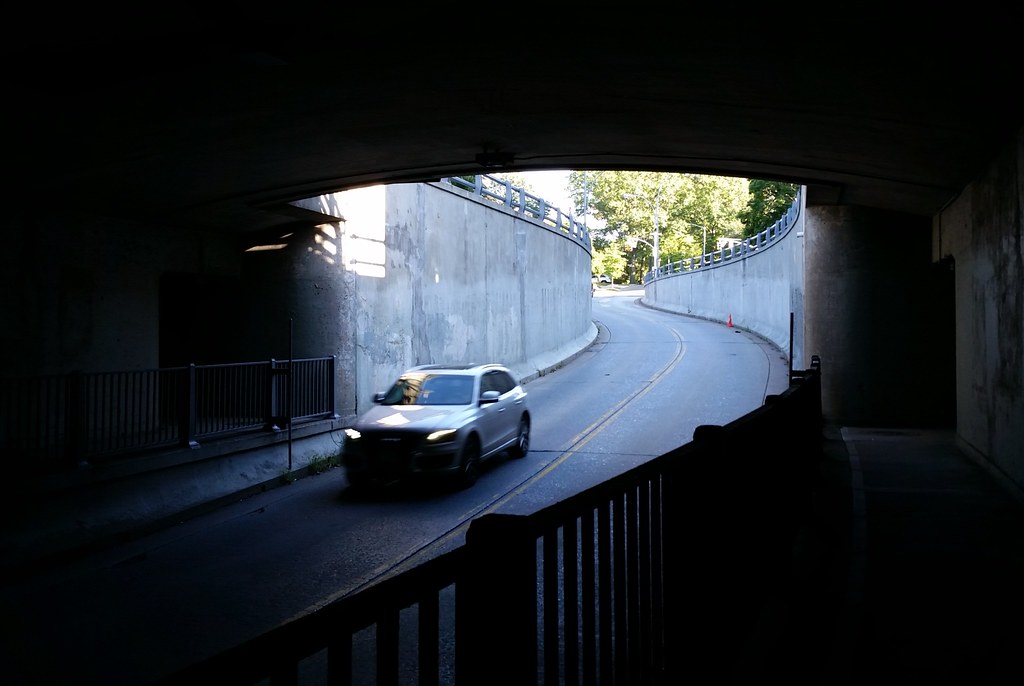 This is the Austin Street underpass beneath Union Turnpike and the Jackie Robinson Parkway. 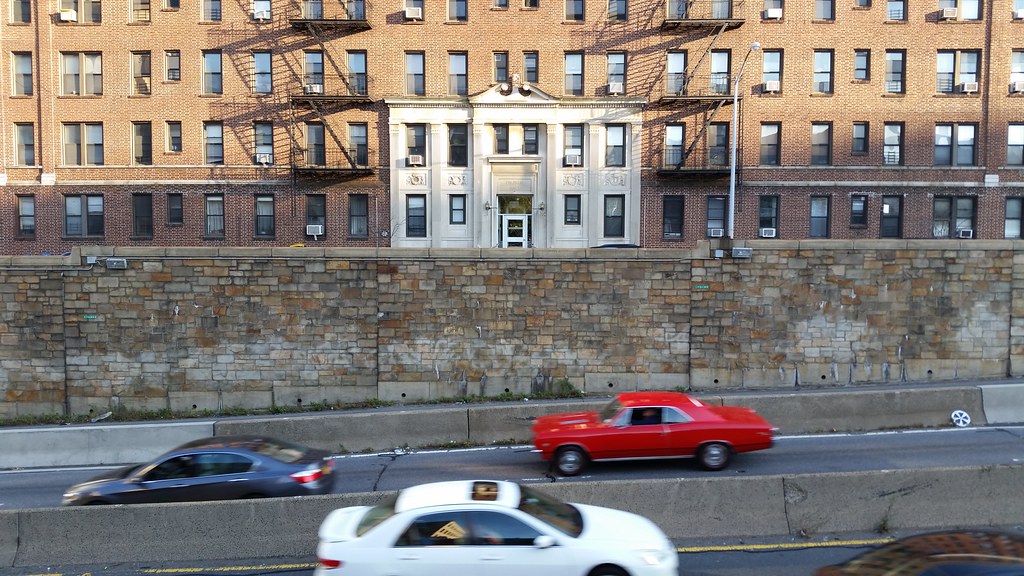 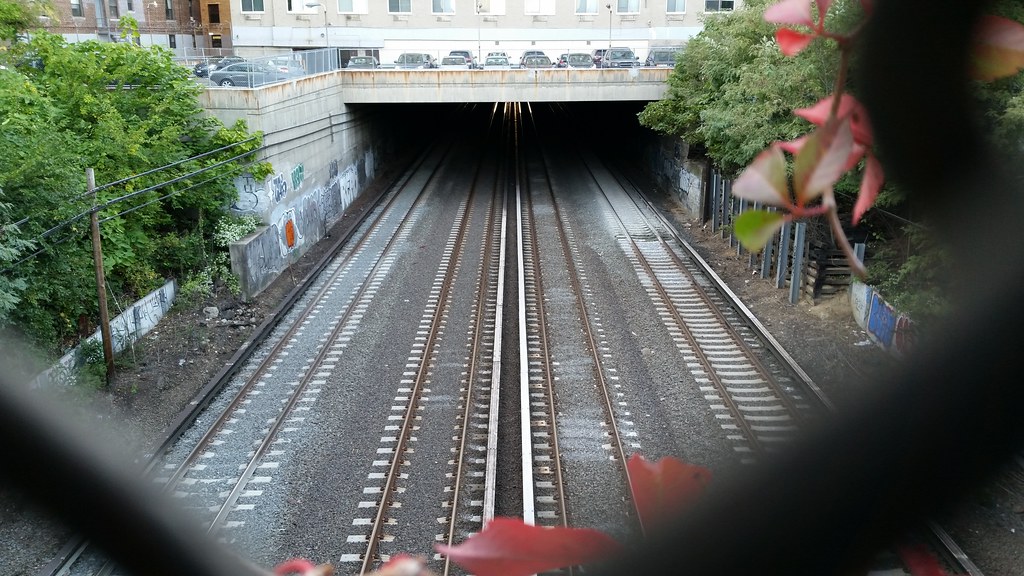 The Main Line of the Long Island Rail Road briefly ducks under cover as it passes beneath Union Turnpike, the Jackie Robinson Parkway, and a couple of high-rise apartment buildings. 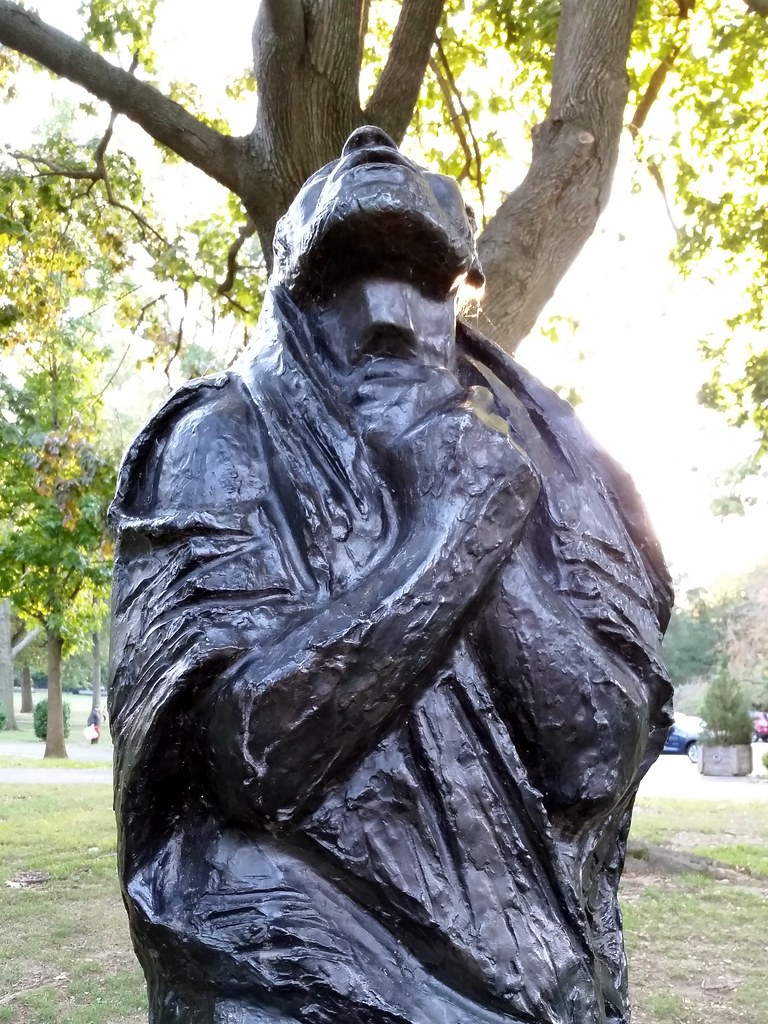 This statue of Job in Forest Park is one of two casts of a sculpture created by Nathan Rapoport for the 20th anniversary of the founding of Israel. He chose Job as his subject "to convey the universal suffering and ultimate test of faith that was visited upon the victims of the Holocaust." (The other cast of the sculpture is at Yad Vashem, Israel’s Holocaust museum and memorial.)

I think I know that dude… 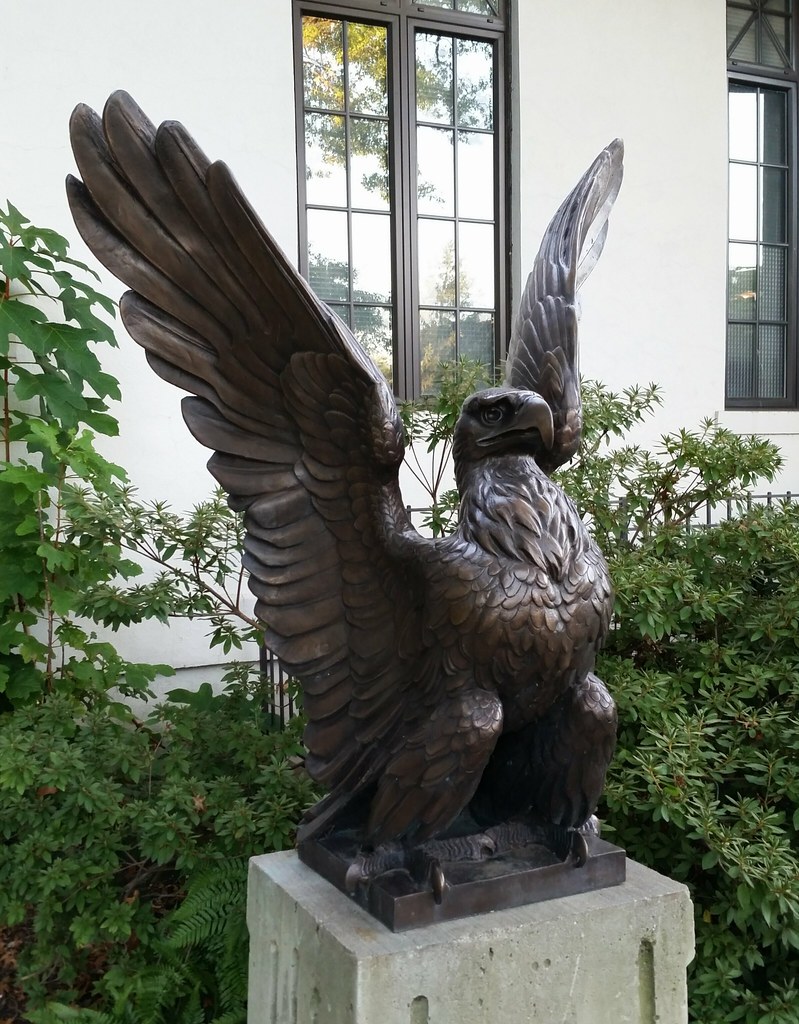 After coming across this bronze eagle and its identical companion perched outside the Overlook in Forest Park, I was left with the strong impression that I had seen them somewhere before. Later, looking through old blog posts, I realized why: they bear a striking resemblance to the eagles at the Prison Ship Martyrs' Monument in Fort Greene Park.

I spoke to Jonathan Kuhn, Director of Art & Antiquities at the Parks Department, and he told me that these eagles are in fact modified replicas of the Fort Greene originals, the one difference being that they have tail feathers, whereas their Fort Greene counterparts, sitting with their backs against columns, do not.

Mr. Kuhn also told me that when these tailed eagles were cast, perhaps 15 or 20 years ago, two other identical ones were created as well, and they can now be found at Joe Sabba Park in Sunnyside (Street View). When he said that, I remembered walking through that park and taking this photo of an eagle, thinking it looked familiar but not being able to figure out why.

It turns out that the sculptor of the original eagles on the Fort Greene monument, the renowned Adolph Weinman, lived and worked in Forest Hills Gardens for many years, just a few blocks from the Overlook. I asked Mr. Kuhn if that had anything to do with these newer eagles being placed here. He said he wasn't aware of it being a factor, but that it wouldn't have been unusual for former Parks Commissioner Henry Stern to have known such a thing and taken it into account when deciding what to do with the eagles.