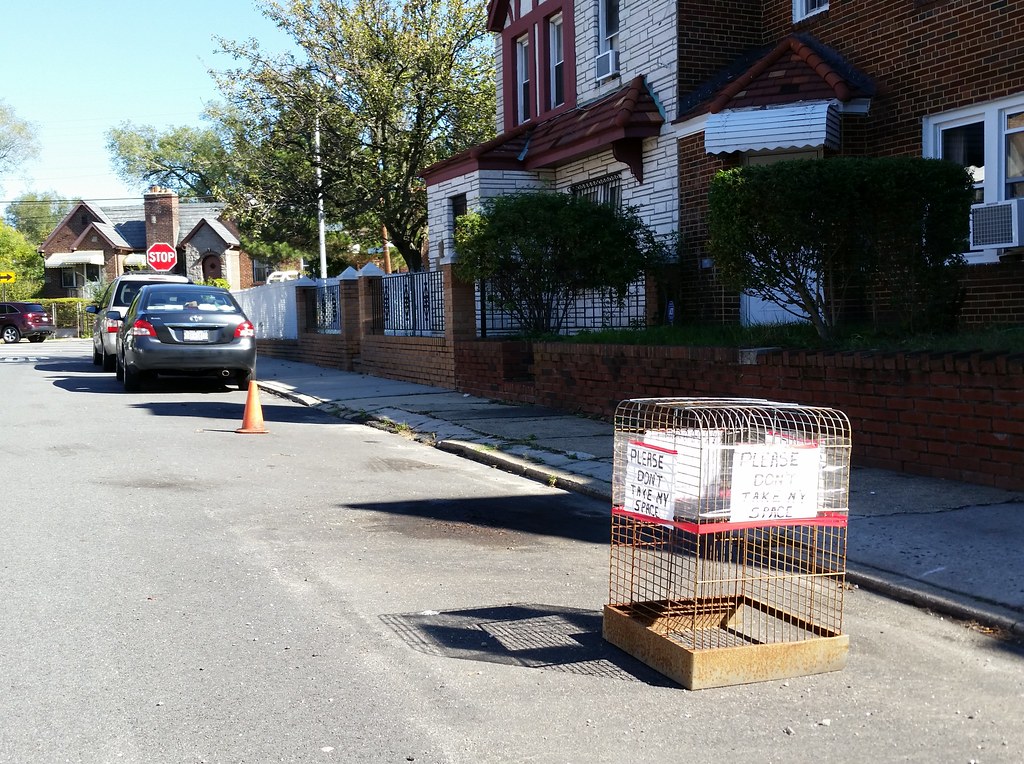 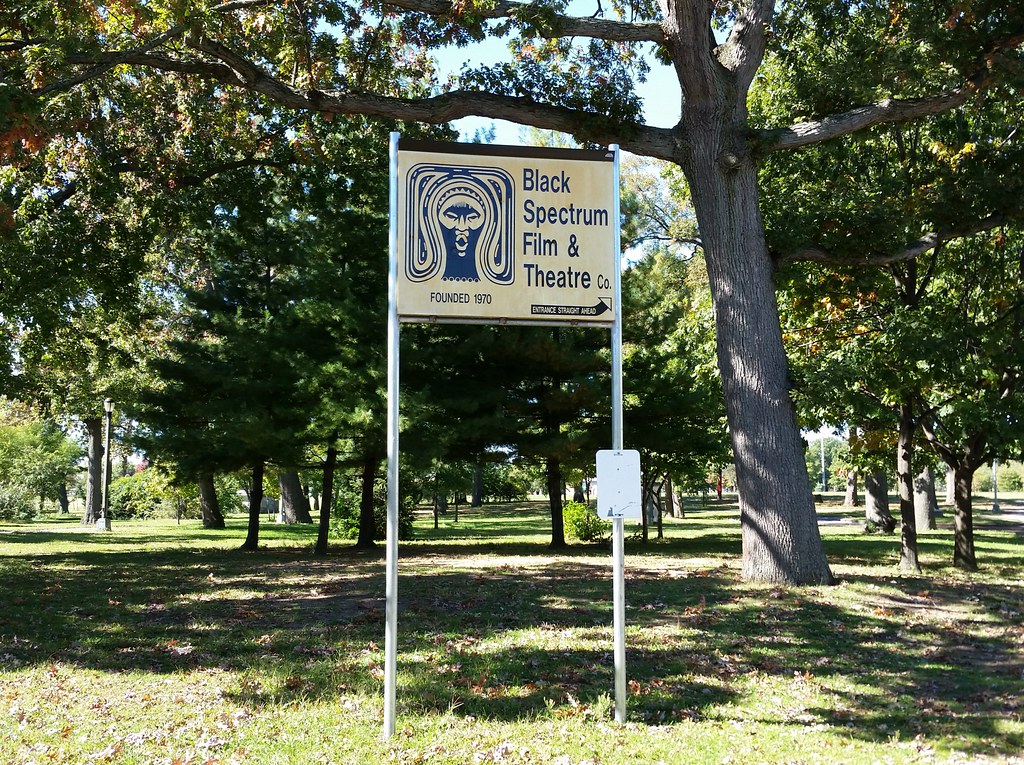 The land now occupied by Roy Wilkins Park was once part of the St. Albans Golf Club, where Babe Ruth could regularly be found playing a round (while throwing back a few). The federal government took possession of the golf course in 1942 and bulldozed it to make way for a naval hospital (a replacement for the aging one at the Brooklyn Navy Yard), which operated until 1974. Half of the old hospital property is now home to the St. Albans Community Living Center, a Veterans Affairs facility, and the other half is Roy Wilkins Park, established a couple of years after the hospital's closing by a coalition of community groups who turned what had become a "sprawling, perilous eyesore" into a park and maintained it at a time when the city's couldn't afford to.

The park was given its current name in 1982 as a tribute to Roy Wilkins, the eminent civil rights leader and resident of Queens who had died the year before. A few years later, with the city's finances in better shape, the former hospital's officers' club was converted into a recreation center with a pool. Known as the Roy Wilkins Family Center, its courtyard contains an African-American hall of fame consisting of a series of 400-pound medallions, one for each inductee, placed around an Africa-shaped patch of grass (aerial view). There has long been talk of constructing a new home for the hall of fame in the park, and there was even a symbolic groundbreaking in 2001, but that's as far as things have gotten. Also located in the old officers' club is the 325-seat Black Spectrum Theatre, whose resident company "produces and presents theatre, films, and videos examining issues of social significance to the African-American community." 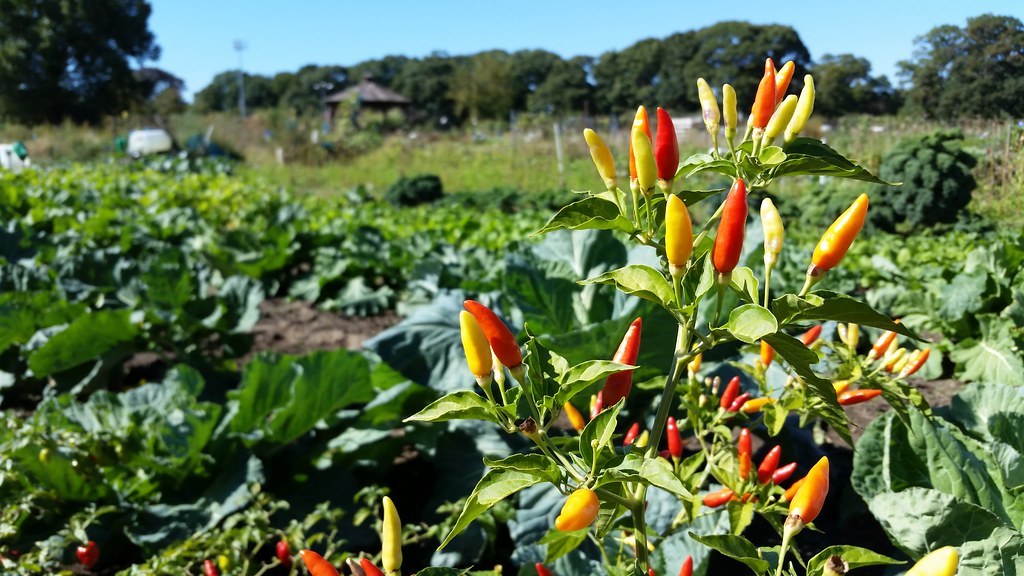 Check it out from above. 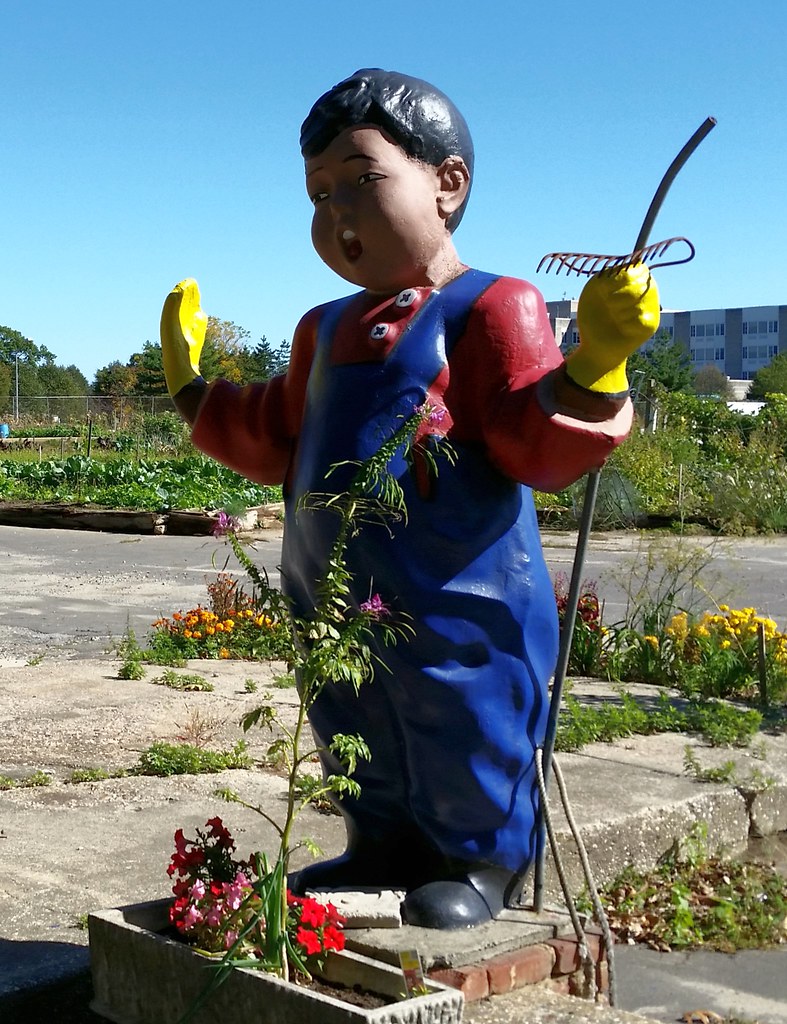 at the Roy Wilkins Park community garden. Its vaguely racist appearance is an especially odd fit in a park named for a civil rights activist.

Oh, I know what that is 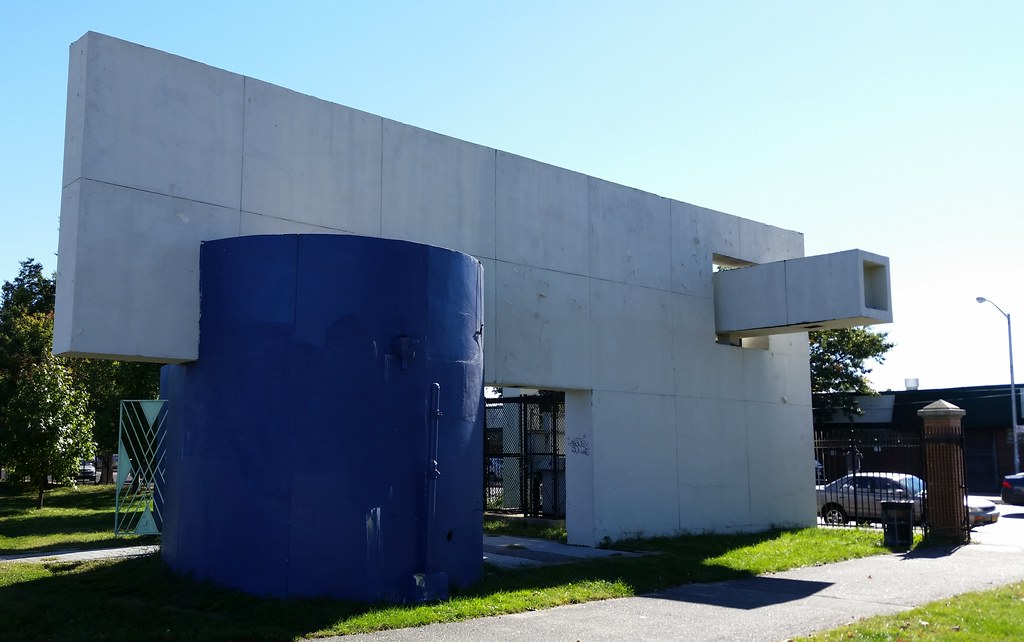 What the hell is that thing? (Street View) 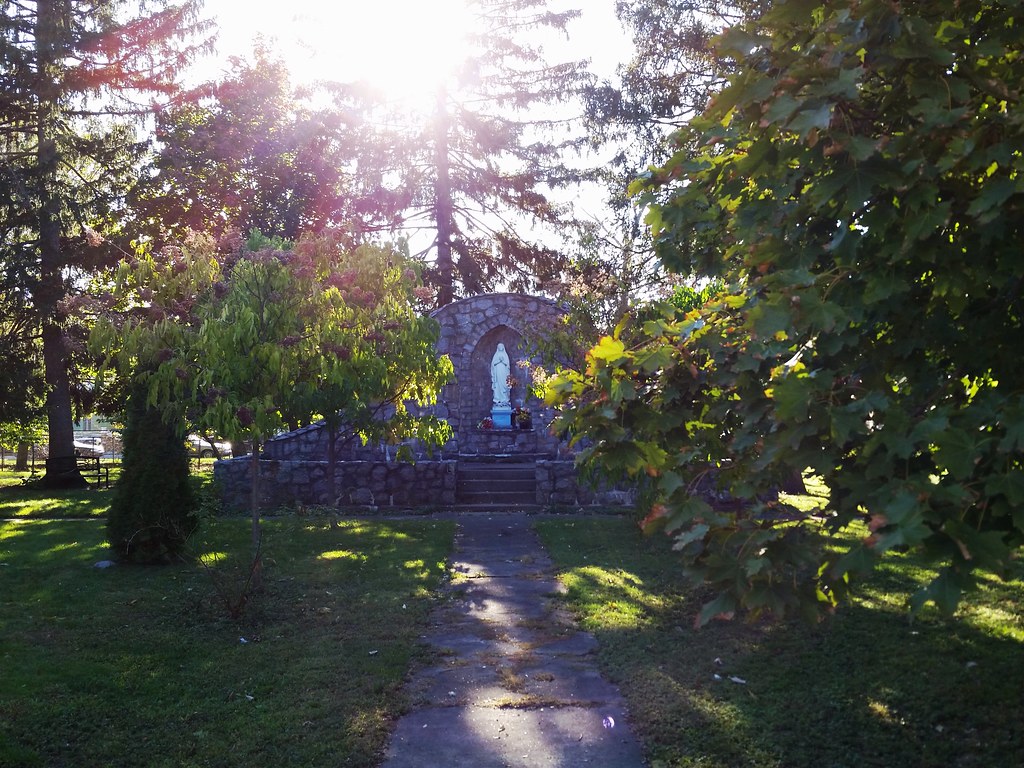 Cootie and the Godfather 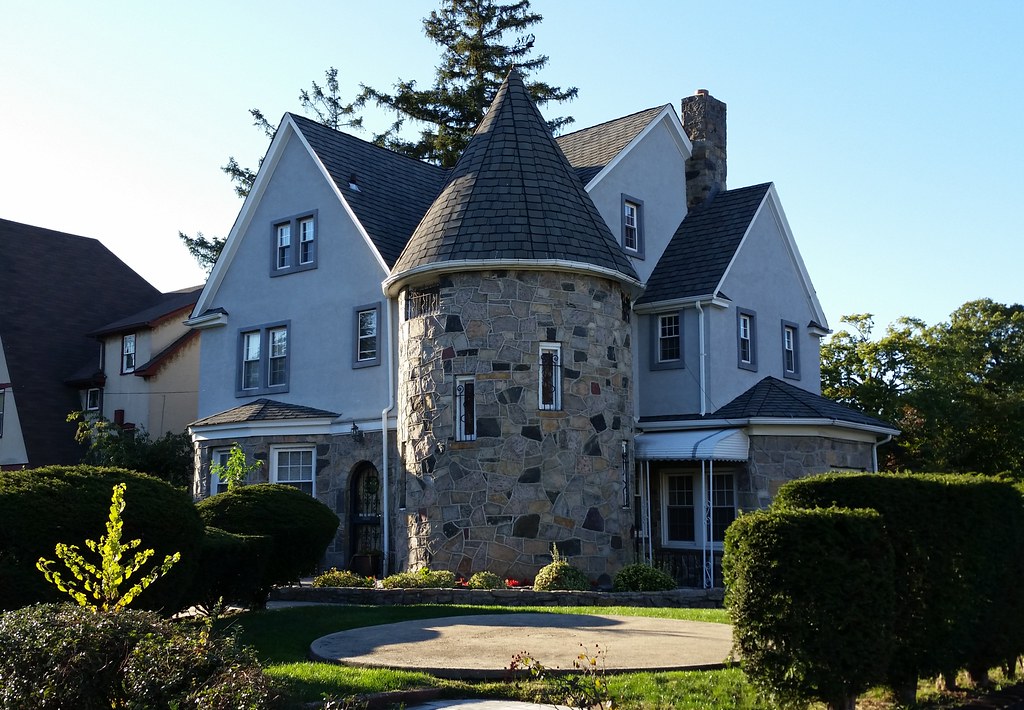 This Addisleigh Park house belonged to Cootie Williams from 1947 to 1953 and James Brown from 1962 to 1971. During Brown's residence, the house was surrounded by a moat and, at Christmastime, decorated with black Santa Clauses on the lawn. (Today, leading to the front door is what looks like a bridge over a dry section of moat.) According to some person on Flickr:

The home looked different back then as it was painted black. There was also a moat over water that was illuminated with green, red, and white lights most summer evenings. JB used to come out and shake all of our hands if we were lucky enough to see him during a summer day camp walk. Always told us to "stay in school". 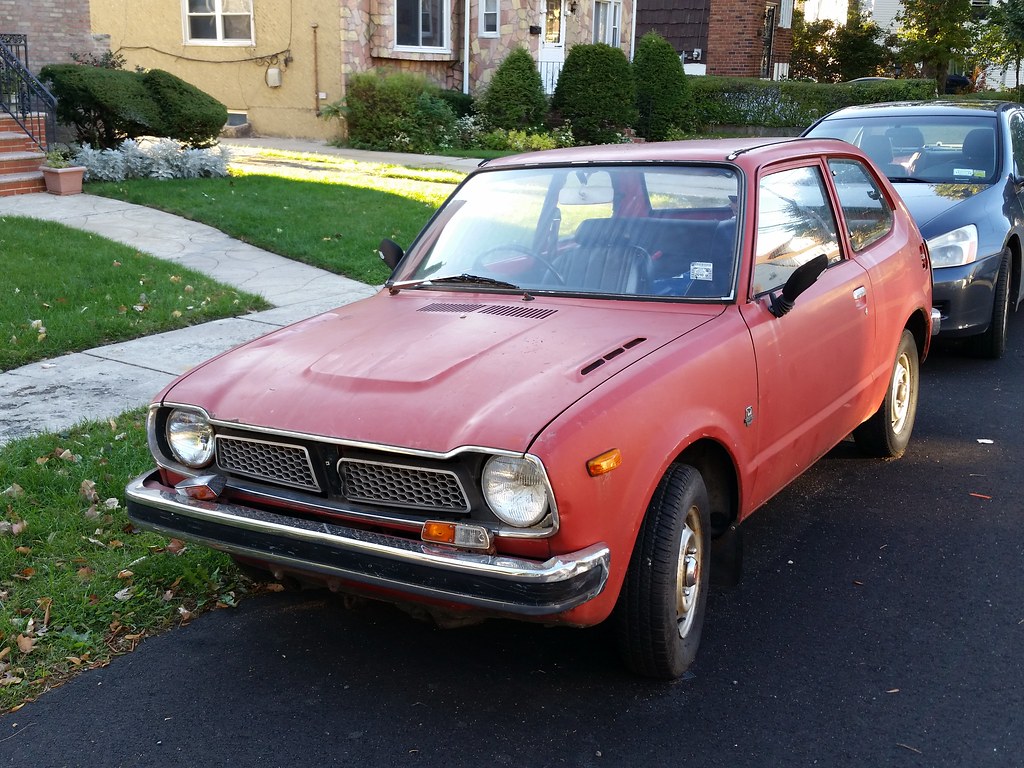 Seeds in the late-day sun 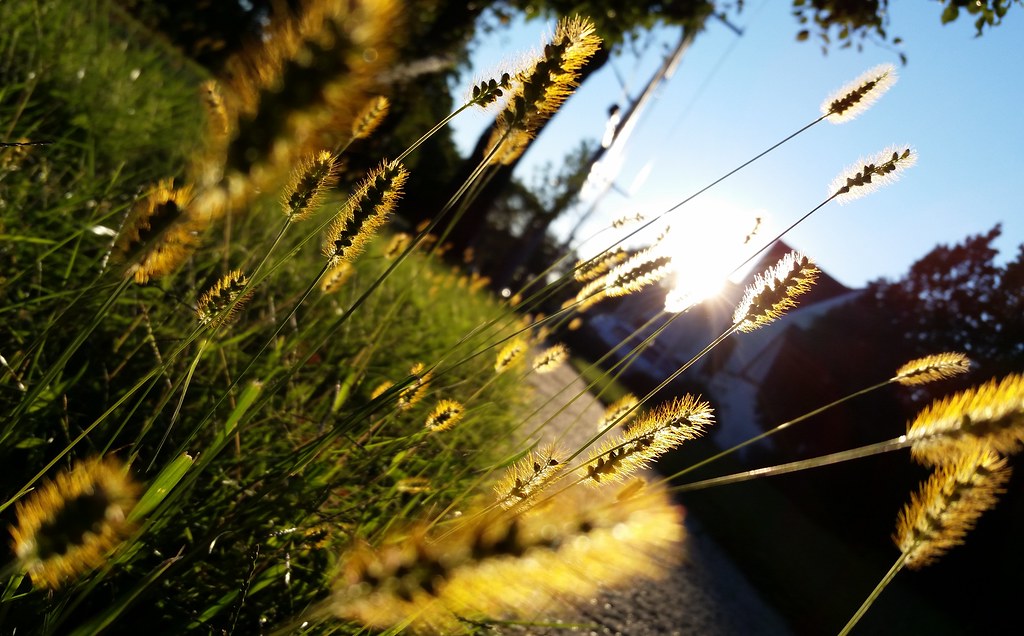 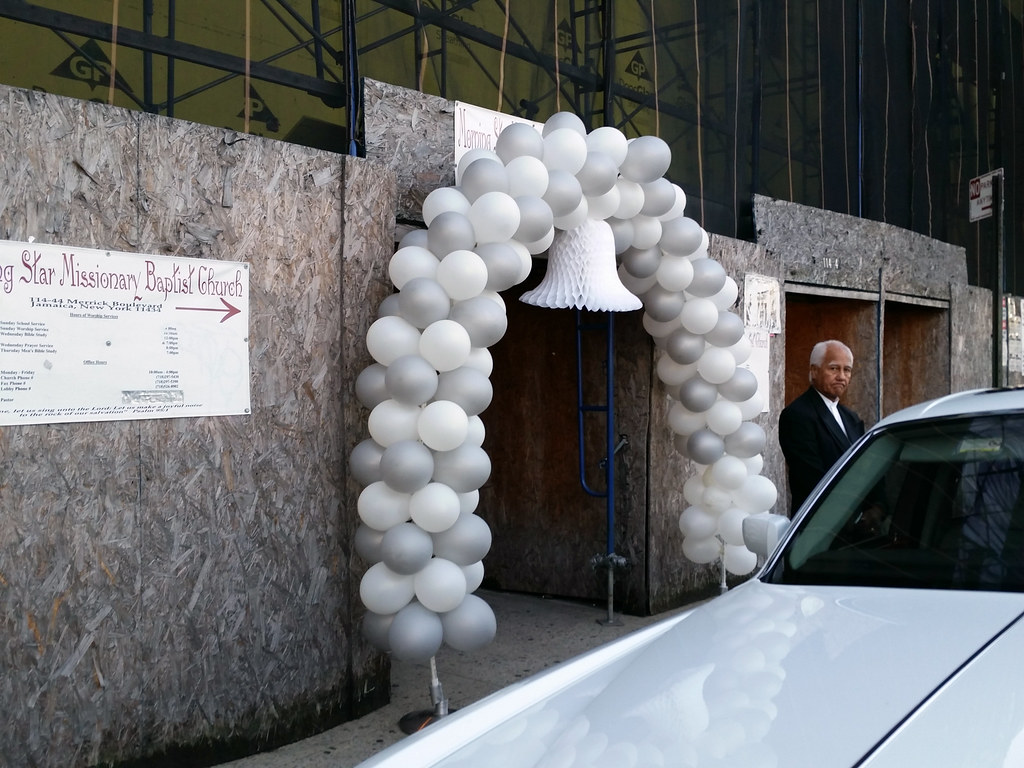