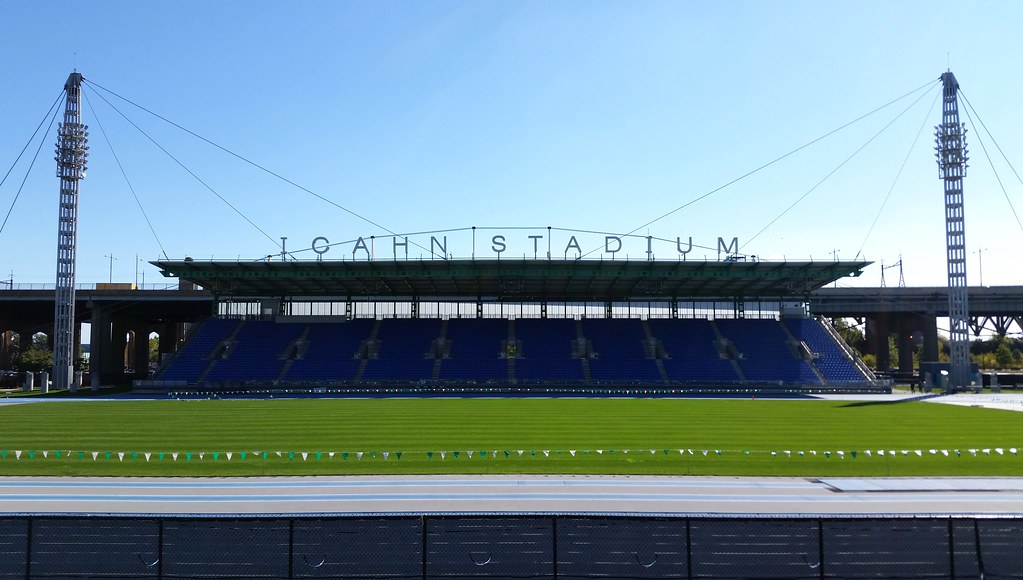 Named after corporate raider Carl Icahn, this track and field stadium on Randall's Island opened in 2005 and has already had a world record set here, by Usain Bolt in the 100 meters in 2008. The stadium was built in place of the demolished Downing Stadium, which had seen its own share of notable events over the decades, starting with Jesse Owens qualifying for the 1936 Olympics on the night it opened. (Wearing Ohio State colors, he "flashed over the Randalls Island Stadium cinders like a scarlet comet", according to the next day's NY Times.)

Ebbets Field, the beloved former home of the dear departed Brooklyn Dodgers, was knocked down in 1960, and its lights were later installed at Downing Stadium. I've read that Downing's lights were reused here at Icahn, but I can't find any reliable source for that claim. Even if they were reused, it sounds like most of the original Ebbets lights had been replaced by the time Downing was demolished.