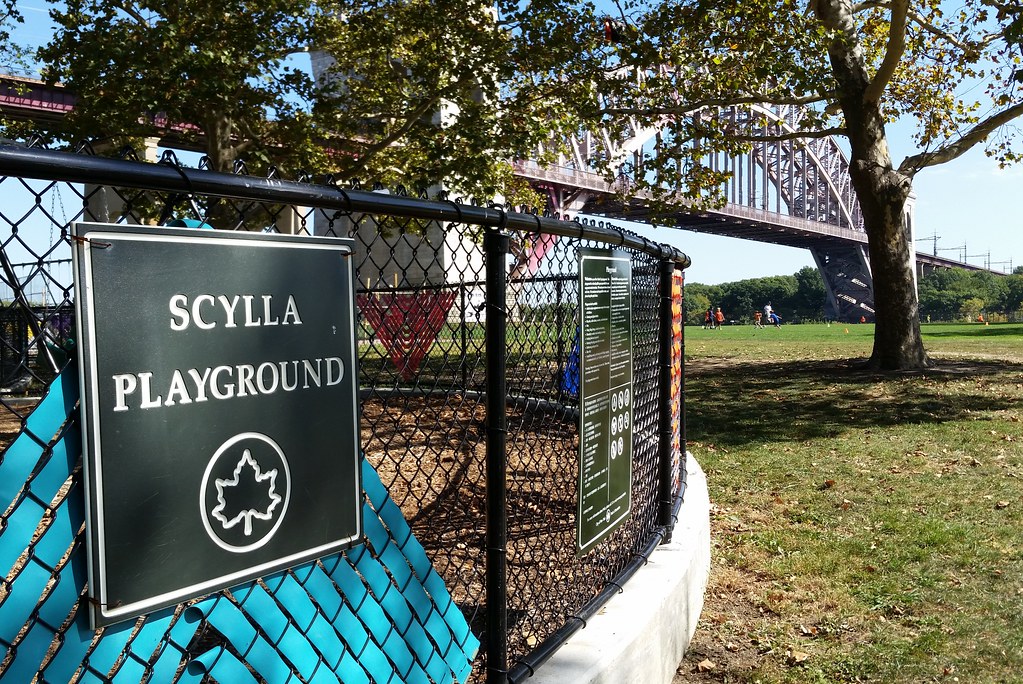 In 2001, an NY Times reporter informed Henry Stern, the city's parks commissioner at the time, that the southern tip of Wards Island, in Wards Island Park, was labeled Negro Point on official nautical charts. Seeing the obscure name as unnecessarily offensive, Mr. Stern — known to be a fan of playful and unusual appellations — suggested to the US Board on Geographic Names that Negro Point be rechristened Scylla Point as a complement to Astoria Park's Charybdis Playground — named by Mr. Stern a few years earlier — which sits just on the other side of the turbulent and formerly very treacherous Hell Gate channel. (Scylla and Charybdis were mythical monsters who lived on either side of a narrow strait, making it very perilous for ships to pass through.)

The executive secretary of the board seemed receptive to the idea, but the latest NOAA nautical charts and USGS topo maps still say Negro Point (although Google Maps says Scylla Point). While Mr. Stern may have wielded no authority over federal map labels, he did have the power to name city parks and playgrounds just about anything he wanted; hence, I would imagine, the playground above, located just a few hundred yards from the disputed piece of land.