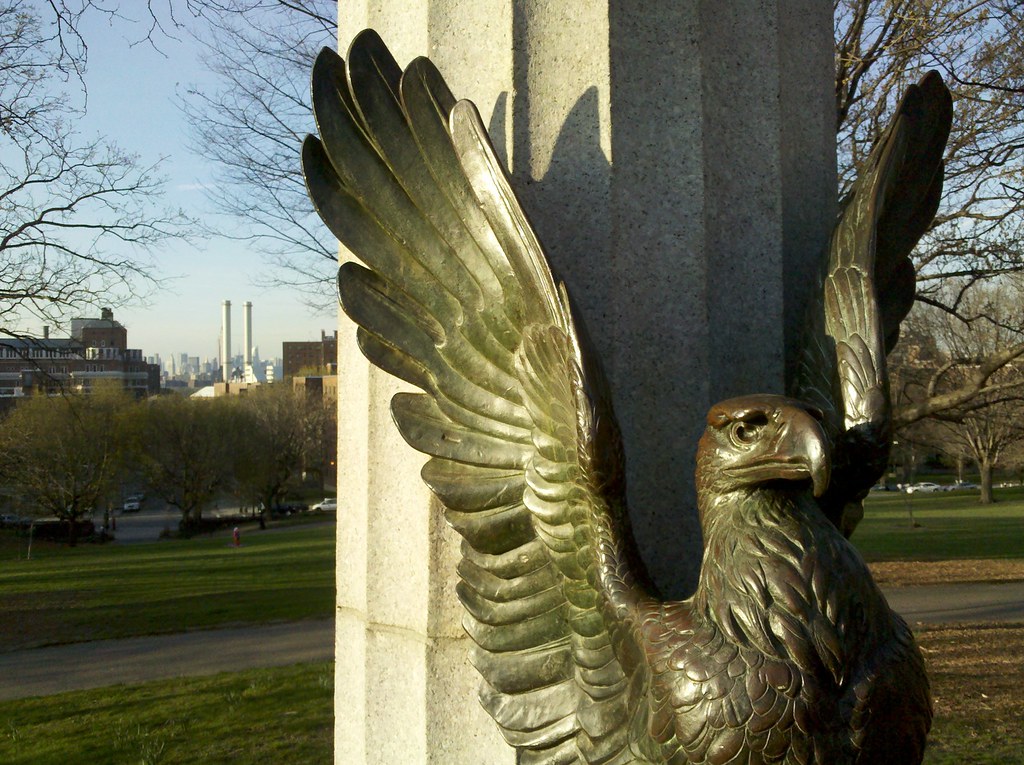 Absent since 1962, when they were removed following repeated instances of vandalism, Adolph Weinman's eagles were finally returned to their original home at the Prison Ship Martyrs Monument in Fort Greene Park as part of a restoration completed in 2008.

UPDATE (Jan. 13, 2015): I spoke to Jonathan Kuhn, Director of Art & Antiquities at the Parks Department, and he told me that two of the monument's four eagles are originals and two are replicas. The other two originals can be found at the Arsenal, the Parks Department's headquarters in Central Park.