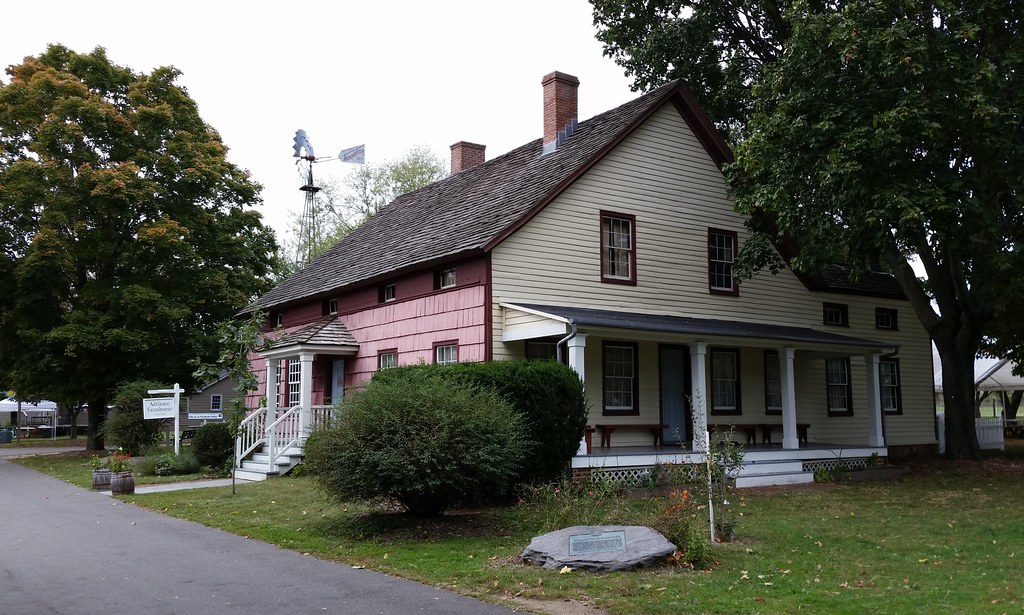 This farmhouse, the original part of which dates back to 1772, now stands on the grounds of the Queens County Farm Museum, which is said to be the oldest continuously farmed site in the state. The land was purchased by the Adriance family in 1697 and, through a succession of owners, served as a family farm until 1926. In the latter decades of that period it became a prominent commercial farm, producing more crops for market than any other farm in Queens. The state purchased the property in 1926 for Creedmoor State Hospital (today's Creedmoor Psychiatric Center), whose patients worked the farm as a form of therapy, growing food and ornamental plants for the hospital. In 1975, the property opened as the Queens County Farm Museum, which in recent years has become more of a serious working farm.

Day 93: That's one way to winterize a boat