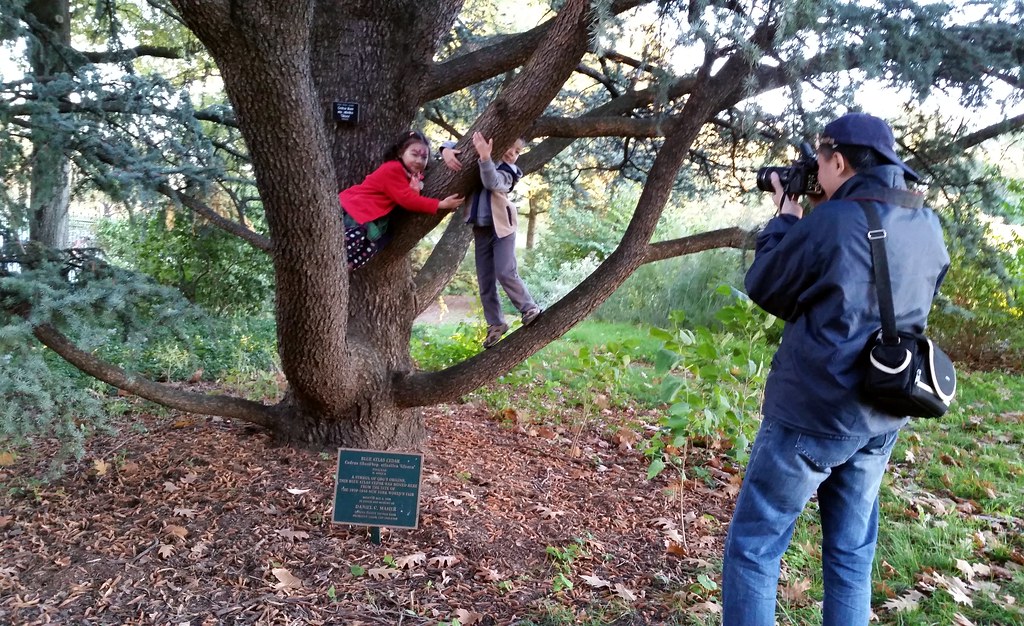 This is one of two blue Atlas cedars flanking the Queens Botanical Garden's tree sculpture entrance on Main Street. The trees have been part of the garden since its first incarnation as the Gardens on Parade exhibit at the 1939-40 World's Fair. When the garden moved to its current site to make way for the 1964-65 World's Fair, the trees moved with it.