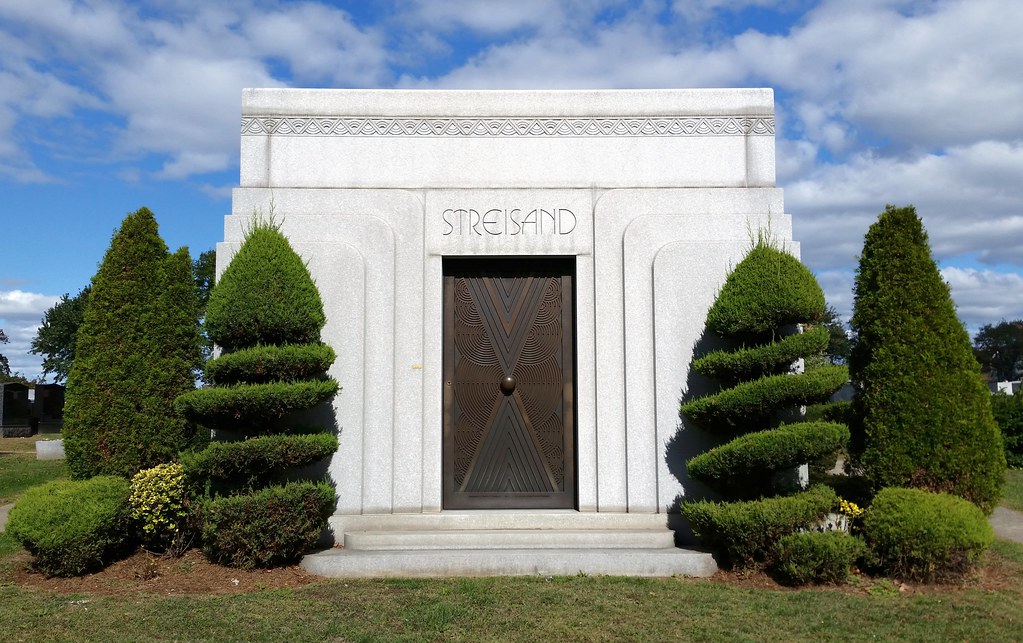 Sometime around 1988, Barbra Streisand built this mausoleum at Mount Hebron Cemetery as her future resting place. Her mother Diana was subsequently interred here*; her father Emanuel, who was long dead at the time of the mausoleum's construction, is buried elsewhere in the cemetery*, although there is reportedly a plan to move him here at some point. An inscription on the door reads: "Designed by Sheldon J. Streisand in memory of his beloved father, Emanuel Streisand".