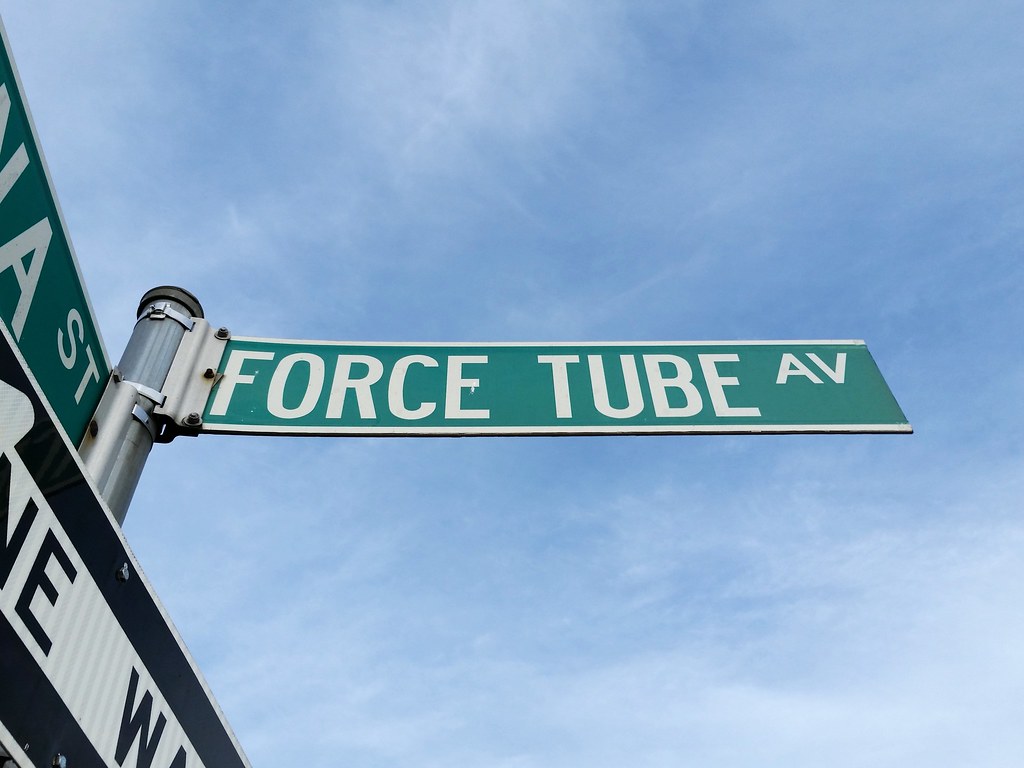 The greatest street name in the city! (Sorry, Featherbed Lane.)

During the latter part of the 19th century and into the 20th, most of Brooklyn's drinking water came from farther east on Long Island. It was carried toward Brooklyn through an underground aqueduct and was then pumped up to the Ridgewood Reservoir. The water's path to the reservoir can be easily deduced by looking at a map, thanks to a couple of fitting street names: Conduit Avenue/Boulevard follows the path of the aqueduct, and Force Tube Avenue traces the route of the pipes through which the water was pumped up to the reservoir.

As it happens, the original pumping station (1924 aerial view) near the foot of Force Tube Avenue stood on the now-vacant lot that was so highly coveted by Blue Ridge Farms in the 1990s, as well as on the adjacent property that Blue Ridge was willing to exchange for that lot.