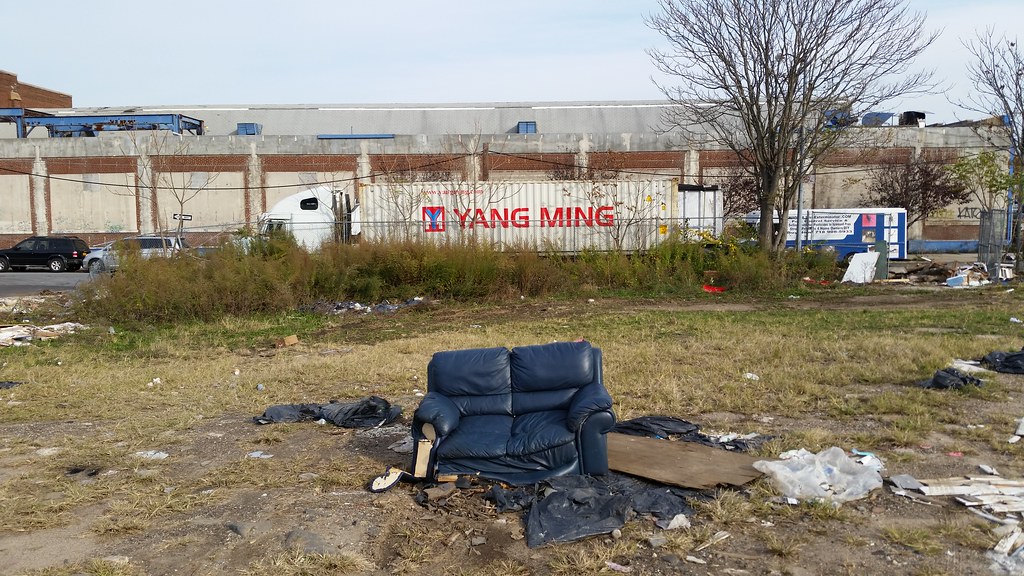 For much of the 1990s, this vacant lot was the subject of a dispute between Blue Ridge Farms, whose former processing plant (visible in the background) is located right across the street, and the city and state governments. The city acquired the land from its previous owner in 1992 through eminent domain with the intent of building a new school to relieve the extreme overcrowding at IS 171, which at the time was sharing its building with PS 7. Blue Ridge, however, wanted the lot for an expansion of its facilities, and threatened to leave New York if it couldn't have it.

The city and state worked out an agreement with Blue Ridge that would allow the company to obtain the desired land in exchange for a slightly larger property it owned next door. Before the swap could move forward, however, a new mayor (Giuliani) and governor (Pataki) were elected, and Pataki decided to block the deal. Finally, in 1997, Giuliani announced that the lot would be turned over to Blue Ridge after all and that a new PS 7 would be built on a different site in the neighborhood. As we've seen, PS 7 did eventually get its new school, but Blue Ridge never built its expansion, and the much-contested lot, still owned by the city, has remained empty to this day.