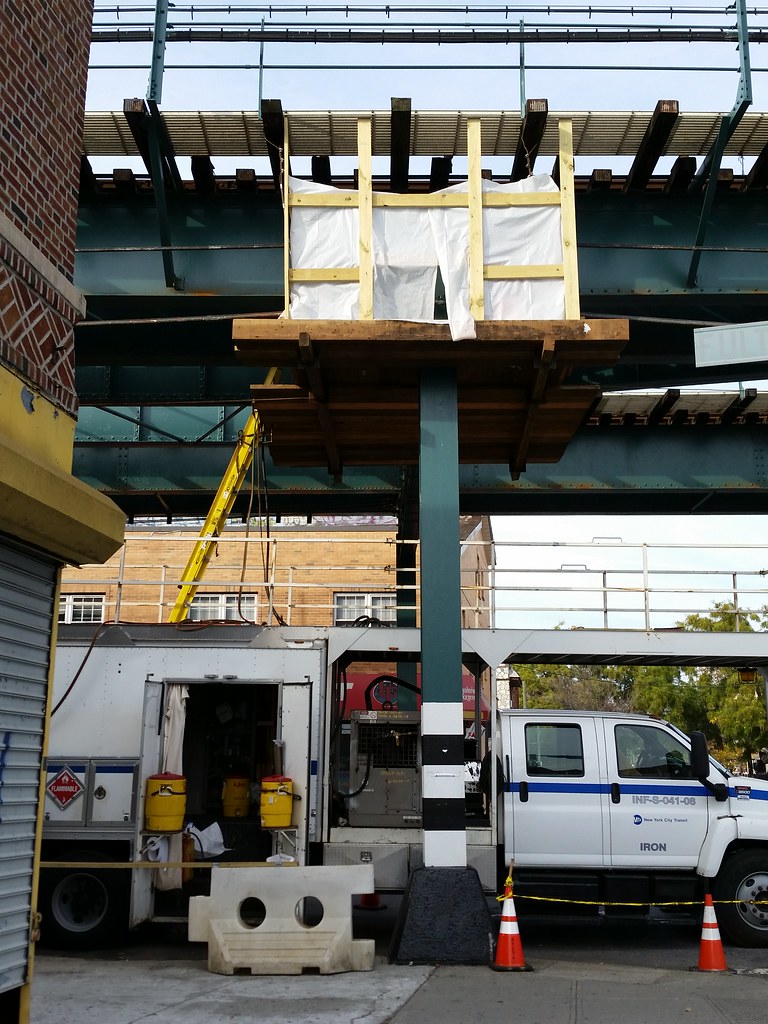 The door of the truck says "IRON", so I'd guess that the MTA's Elevated Iron Fabrication team is doing some work here on the elevated structure of the Jamaica Line (J and Z trains).

This section of the Jamaica Line between the Alabama Avenue and Cypress Hills stations was originally used by the old Lexington Avenue and Broadway Els, and is said to be the oldest elevated structure in the subway system. The part that runs between Alabama and Schenck Avenues opened in 1885, and the rest of it, including what you see above, opened in 1893.

According to Forgotten New York, a little diagonal beam found on the elevated structure here (mostly obscured from view above, but clearly visible here) is the last remnant of an old connection to the Atlantic Branch of the Long Island Rail Road that was in service from about 1898 to 1917, cutting through the block now occupied by the old Blue Ridge Farms processing plant.