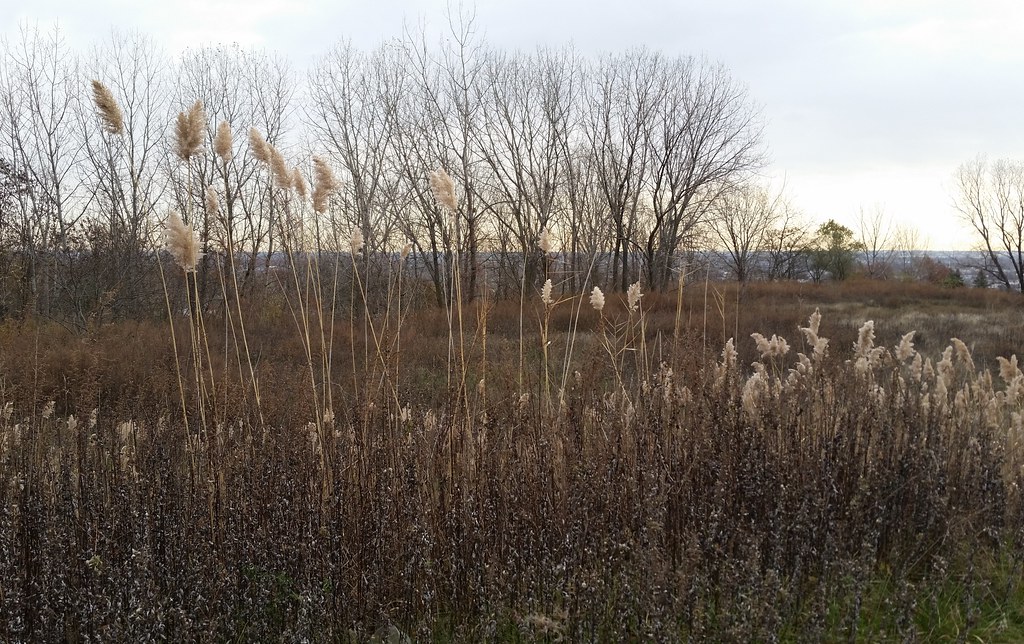 This steep-sided, flat-topped, unnatural-looking hill rises abruptly just beyond the western edge of Beth Olom Cemetery. Standing above the surrounding sea of burial grounds and the neighboring Ridgewood Reservoir, it's a very curious sight — the only piece of land in the vicinity that's not part of a cemetery or park.

It turns out that for about half a century, starting around 1877, this property was home to a privately run recreation area known as Cypress Hills Park. It was owned by the Banzer family but had different proprietors over the years, and so was also at times called Banzer's, Wissel's, Bookman's, Richter's, or Gerken's Park. A large U-shaped pond, used by boaters in the summer and ice skaters in the winter, was the dominant feature of the site (1924 aerial view), which also contained, by 1891, a pavilion, a bandstand, a dining room, four bowling alleys, and some popular shooting ranges where "some of the best rifle shots in the United States . . . [had] their regular practice days". (You can see old photos of the place here; scroll down about halfway.) The park's days came to an end around 1928, when the Banzers sold the land to its present owner, Temple Emanu-El, the Jewish congregation that also owns the adjacent Salem Fields Cemetery.

The pond was filled in sometime before 1951, although at least part of it still existed in 1937 when a 13-year-old boy drowned in it, an incident that prompted the boy's father to sue the synagogue. Over the years, it appears that Emanu-El used the site as a dumping ground for dirt and rocks — including, perhaps, some excavated material from the cemetery and/or other nearby cemeteries? — forming the hill that now stands here. An aerial view from 1996 shows a largely barren landscape with a path running up the hill, presumably for trucks and earth-moving equipment, while subsequent images from the past decade (2006, 2008, 2010, 2012) show trees springing up and the dirt paths gradually becoming overgrown.