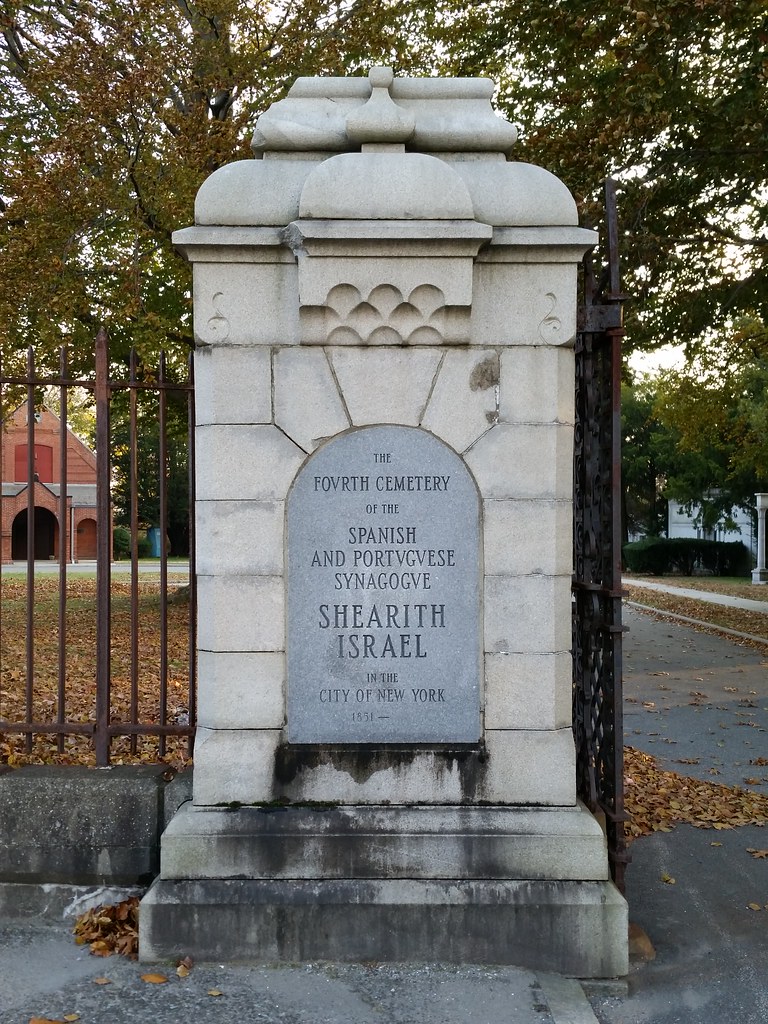 As you can see above, the Shearith Israel portion of Beth Olom is known as the synagogue's fourth cemetery. We've already seen its first, second, and third cemeteries in Manhattan. (The congregation may have had an earlier cemetery that predated even the "first" one: in 1656, the city's Jewish community was granted permission to use "a little hook of land situate outside of this city for a burial place", but there is no definite record of this burial ground's establishment or location.)

In what I would imagine was just a weird coincidence, I once walked past this cemetery — the final resting place of Emma Lazarus — and found that someone had left a large statue of the beggar Lazarus and two of his canine companions standing outside the gate.